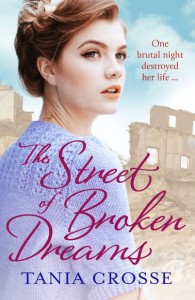 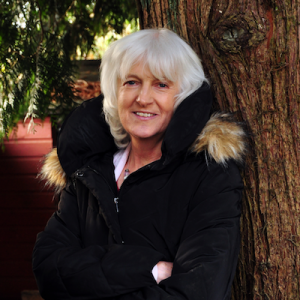 This dreadful coronavirus has changed the world in a few short months, but hopefully technology and medical science will eventually enable us to conquer its devastating effects. As a result of technology, the publishing world has also changed dramatically, but this has evolved over the two decades that I have been involved with it. These changes were slow at first, but the industry is now markedly different from what it was when I first set out on my writing career.

Having been assured that Victorian sagas were out of fashion, I self-published my debut novel, Morwellham’s Child, in 2001. In those days, there was no Create Space, KDP or other digital means of Print on Demand. You had to go to a printers and pay up front for the print run, a pretty risky investment. However, I had a direct outlet at Morwellham Quay in Devon, once considered the greatest copper port in Queen Victoria’s Empire and a living history museum since the early 1970s. The novel deliberately sets out to illustrate the port’s history in the late 1860s, and the director of the museum had already agreed to stock the book in the gift shop.

I decided on a print run of a thousand, which seemed alarmingly daunting when it arrived at our front door! But I was determined to make it work, and arranged a fabulous launch at Morwellham, with the director, the local town crier, a local actress and myself, all in Victorian costume, reading/performing scenes from the book around the Quay at the relevant locations. Imagine a lauch like that now! It achieved coverage in all the local newspapers and magazines, of which there were many more in those days, and local radio stations.  The book sold like hot cakes at Morwellham, and also sold well in other local tourist attractions, National Trust properties, Tourist Information Offices, local independent bookshops of which again there were many more back then, Ottakars as was, and even Waterstones. I did signings at so many of these places, and basically had a ball!

It wasn’t easy delivering stock to an area two hundred miles from home. It was really hard graft, but the print run sold out in that first summer. That was going to be the sum total of my writing career, but over the winter I received so many requests begging for a reprint that the next year, I had two thousand printed, meaning that each book cost less to produce so that there was actually some chance of a profit. In the meantime, I’d been writing a second Victorian saga set on nearby Dartmoor. All our outlets agreed that they’d stock that, too, but then I was going to call a halt to it. I simply couldn’t have managed without my husband’s support, and it didn’t seem fair to expect him to continue with it ad infinitum.

What I didn’t know was that he had secretly sent a copy of Morwellham’s Child plus a type script of the second book to Pan who offered me a contract for both stories, publishing in 2004 and 2006 respectively. What an amazing time that was! No more distribution trips – we sold the second run during 2002-3 – and Pan’s marketing strategy was so brilliant that as well as full price books in bookshops, they sold discounted books in their tens of thousands to book clubs, book magazines, supermarkets, etc. Sadly, however, that wasn’t enough for them and they declined my next novel. However, by then I had signed with the lovely late Dorothy Lumley as my agent, and she sold all my subsequent novels elsewhere. It was a super few years. At the time of publication, I arranged local signings and publicity which took up a few weeks, and then the publishers continued with the business of sales while I got on with the most enjoyable and important task of writing the next book! In between times, I gave talks at WIs, U3As, libraries, literary festivals, etc., always selling physical books at the end. E-books drifted in round about 2010 if I remember rightly, but sales were very slow and I didn’t think much about it.

Then in 2013, everything changed. Dorothy had secured a contract for my tenth and what was to be final book in the Devonshire series, and it was to be published in 2014. I had been discussing with Dorothy where to take my career next, and we’d decided on my writing a 20th Century saga set in the London street where I had lived as a small child. But then I received the devastating news that Dorothy was seriously ill, and she passed away a matter of weeks later. We’d become very friendly during our working relationship, having various hobbies in common, so it was a huge shock on many levels.

That last Devon book was indeed released in 2014, but soon afterwards, the publisher collapsed. So I had no publisher and no agent, and really wasn’t sure I would write again. But on a visit to Chartwell, Winston Churchill spoke to me in a vision. (I could write another blog about this strange ‘gift’ I seem to have!) That inspired yet another story, and I took up the pen again, writing two books simultaneously but with really no idea if they were going anywhere.

I then had the good fortune to sign with the wonderful Broo Doherty as my agent, and once those two new manuscripts were completed, at the end of 2016, she secured me a contract for four books with digital publisher, Aria Fiction. My goodness, how different did I find publishing on my return! A blog tour – something that had never existed before – usually starts on publication day. But other than that, it is just another day with no fantastic launch as I had at Morwellham Quay all those years ago. Ebooks now constitute I’d say 98% of my sales. Physical books are only Print on Demand (I have to admit to being envious of authors whose publishers still produce mass market paperbacks) and often aren’t available for a week or two after publication day. They are also expensive, meaning that they are difficult to sell at events, and even with a reasonable author discount, there’s little margin once you’ve allowed for travel expenses and so forth. So, instead of giving talks and doing signings, I find I spend several hours a day self-promoting on social media, which seems to be expected by most publishers across the board. As someone who hates technology, it isn’t something I enjoy, but nowadays it’s a very necessary part of being an author.

I still consider myself lucky, however. Every one of my books has been published, and earlier this year, my fourth book with Aria, The Street of Broken Dreams, (the second of my 20th Century novels set in that London back street of my childhood, this time in 1945) won Saga of the Year in the RNA’s 2020 Awards. And the ceremony, as you will all know, took place literally just before lockdown! Digital publisher, Joffe Books, has now been re-publishing some of my earlier Devonshire novels, which is proving a rewarding experience. So, where do I go from here? Well, I have something new on the go, which is quite exciting, but I so miss those early years when I really felt like an author rather than sitting anonymously at the computer screen, putting up posts in the hope of catching the eye of some new readers out there. Somewhere. Which reminds me. I haven’t been on Twitter yet today… 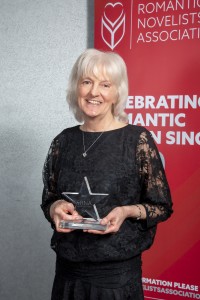 Tania Crosse was born in London and lived in Banbury Street, Battersea, the setting of her two latest novels, The Candle Factory Girl and The Street of Broken Dreams. Later, the family moved to Surrey where her love of the countryside took root. She  wanted to be an author since she was a child, but having graduated with a degree in French Literature, she did not have time to indulge her passion for writing until her own family had grown up. She eventually began penning historical novels set on her beloved Dartmoor. After completing her Devonshire series, some of which are currently being re-published by Joffe Books, she took her writing career in a new direction with four Twentieth Century sagas set in London and the south east, which were published by Aria Fiction. She was thrilled when the last of these, The Street of Broken Dreams, won Best Saga of the Year in the Romantic Novelists’ Association 2020 Awards. Tania and her husband have lived in a small village on the Hampshire/Berkshire border since 1976. They have three grown-up children, two grandchildren and a variety of grand-dogs! Tania’s interests, apart from reading and writing, of course, are dance, gardening and rambling, especially on Dartmoor, naturally!

A Place to Call Home: amzn.to/2kzxcCJ

The Street of Broken Dreams: amzn.to/2Bjeg0g