I’m delighted to welcome Juliet Greenwood to the blog today to talk to us about her latest book. Juliet, can you tell us a little more about it? 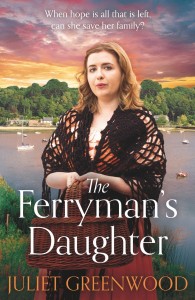 Thank you for inviting me to the blog, I’m delighted to be here! My latest book is ‘The Ferryman’s Daughter’, which is my first book for Orion. My second book ‘The Girl with the Silver Clasp’ is due out next year. ‘The Ferryman’s Daughter is a historical novel set in St Ives in Cornwall at the time of WW1. It follows Hester, who is utterly determined to overcome being born into poverty to run her own cafe. It’s a dream her mother, who was a respected cook before her marriage, was unable to fulfil. Hester has plenty of obstacles to overcome, not least her self-centred dad, who is not a bad man but can never quite see beyond his own comfort and convenience and a pint with his mates (who think he’s wonderful) down the local. Then there’s the unnervingly persistent suitor, who she soon spots is only interested in making her spend her life barefoot and pregnant in the kitchen, serving his every need. Hester uses all her skills and ingenuity to keep her younger brother and sister safe and to take control of her own destiny, even when the onset of war means her world is changed forever, while finding friendship and romance along the way. I loved writing Hester, especially the way she picks herself up and dusts herself down each time she is thwarted, and is determined to hold out for true love, rather than a man who only wants to dominate her to make himself feel powerful. Hester might be poor, but she’s nobody’s fool.

What was the inspiration behind your book? What prompted you to tell this story?Much of Hester’s story was inspired by the lives of the women in my family, who, although born into dire poverty, were absolutely determined to escape and make a life for themselves, and equally determined that their daughters would have more choices and gain the education that would mean they could support themselves and so have more options. My great-grandmother was a nail-maker in Lye in the Black Country near Birmingham, so I was brought up with stories of her rocking the cradle with her foot while she bashed out the nails with a hammer. Her daughter, my grandmother, rose to become Cook in a country house, but was forced to give it up when she married. She was then utterly determined her five daughters would have careers, mercilessly harrying the headmaster of the local grammar school to accept them, despite only a few working class girls being admitted, however bright. They all went on to become teachers (one of the few careers open to them), even managing to have walking holidays abroad. I’ve photos of them heading up mountains in Switzerland just after WW2 in skirts and jackets, delighting in experiences their mother could only dream of.

How long did the book take to write? How much re-writing do you normally do?
The book took a year to write. I tend to start with a very rough first draft, going through the story to the end without stopping, even if a character changes sex halfway through. Then comes the rewriting, and the rewriting and rewriting, bashing the story into shape and then refining it over and over again until I’m happy that it works. It’s a process I love, even towards the end when I hate the dratted thing and wish I’d taken up scuba diving as a career instead. The manuscript then goes to my editor, and the real work begins of tweaking and refining it until it becomes the final book. When I started out, I had no idea just how much goes into producing a book, and just what meticulous, soul-searching work it can be getting it right.

What is your writing day like?
I have a day job as an academic proofreader, which is freelance, but also to strict deadlines, so it tends to depend if I have a file to get out of the way first. I work best in the mornings, so if I have a day when I can concentrate on my book, I get up early, do a couple of hours, then take my dog Phoebe out for a walk. I live in the middle of the mountains in beautiful North Wales (the bits you can see in ‘I’m a Celebrity Get Me Out of Here’), so that is always a joy, and it’s also when I work out thorny bits of the plot. Once we arrive back, it’s breakfast, and then Phoebe gently snores at my feet while I launch into the next writing session. I break for social media, but keep going until it’s the afternoon dog walk, with the rest of the day set aside for reading and catching up. Unless I have a writing deadline, that is, in which case I just keep manically going and collapse in a heap!

Without giving too much away, what was the hardest part of the book to write?
The first draft. In one way it’s always the easiest, because there’s no pressure as no one is ever going to see it. But it’s when you’re working out if the plot works and who the characters are and the bits you thought were going to work and don’t. I always get to a point when I’m sure this is the book that is just going to be hopeless, and why did I ever think it was a good idea, or believe I could write a novel at all? It seems to be the hump I have to get over every time. Then suddenly it starts to come together, and even though I know there are months of editing ahead, I know I have a book. Phew.

What kind of research did you do before beginning the book?
I’d written about the period around WW1 before, so I’ve read plenty of books on the period and newspaper articles from the time. I enjoyed finding more information, particularly about the role played by the women who set up and ran their own hospitals and convalescent homes, like the one Hester works in during the war. I also loved doing the research for the recipes of the time, particularly the ones I found in newspapers of the time. That was also the hardest part as I’m a life-long vegetarian, something almost unheard of at the time of WW1, so I’ve no idea about cooking meat or fish dishes. Luckily I’ve friends who are excellent cooks – and I became addicted to ‘Masterchef’!

When did you realise you wanted to be an author?
I was a total bookworm as a child, I loved the historical novels of Rosemary Sutcliff and I began to write my own as soon as I could hold a pencil. 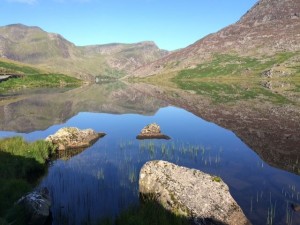 What was your journey to publication?
I began by writing short stories and serials for magazines, and then several ‘pocket novels’, all under the name of ‘Heather Pardoe’. It was the best way of developing my skills, learning to write to a brief while keeping my own voice and generally improving my craft. My first full-length novels were published by Honno, the Welsh Women’s Press, who also work to develop women writers born or living in Wales. It was a brilliant experience, and I’ll always be thankful to have learnt all about structural edits and copy edits and the rest with a small press.

If you could give your younger writing self any advice, what would it be?
Keep calm and carry on and keep the faith. Writing is a career like any other. It takes years to properly learn your craft and gain the right experience. No one expects to become a world-class violinist or a CEO after a few weeks practice, and it’s the same with writing. If you love it, just keep on going!

What advice would you give to aspiring authors?
Read as much as you can and write as much as you can. Try and get as much feedback as you can (and not from people who love you!) – and listen to it. Even if you disagree, there’s always something you can take away and learn. Part of the publishing process is being regularly faced with a truly honest, no-hold-barred (and sometimes eye-wateringly brutal) critique. The thing to remember is that this is not because someone thinks you are hopeless – quite the opposite. An editor’s job is to make your book the best it can be, and you the best writer you can be. If they didn’t have faith in you they wouldn’t bother.

Can you tell us what you are working on now?
I’ve just finished the final edits for ‘The Girl with the Silver Clasp’, which is coming out next year. It’s a historical novel set mainly in the 1920s, again in St Ives, and centres on Jess, who is determined to forge a career as a silversmith. Her story is intertwined with an ambulance driver traumatised by her experiences during the war trying to save her family home and a Hollywood movie star who has fought her way up from poverty, but it still haunted by tragedy. So I’m now wrestling with the first draft of the next book. I think I know what it’s about … 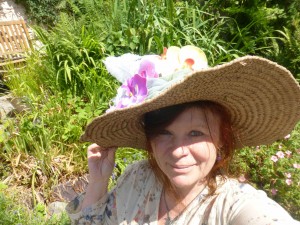 Juliet Greenwood has always been a bookworm and a storyteller, writing her first novel (a sweeping historical epic) at the age of ten. She is fascinated both by her Celtic heritage and the history of the women in her family. Before being published by Orion, Juliet wrote three historical novels for Honno, the Welsh Women’s Press, reaching #4 and #5 in the UK kindle store.

Juliet lives in a traditional quarryman’s cottage between the mountains and the sea in beautiful Snowdonia, in Wales in the UK, and is to be found dog walking in all weathers, always with a camera to hand…

Juliet was talking to Ruby Moone