Each month we are highlighting a particular aspect of writing romance, and this month our bestselling authors give us tips about writing great dialogue:- 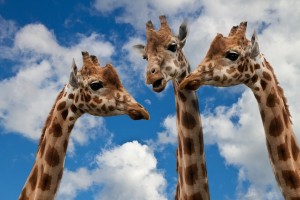 “Writing dialogue is hard because it has to sound natural but not actually be natural,” says Katie Fforde. “If in doubt, read it out loud. Make sure your characters sound like they would in real life. I remember telling an editor, ‘my character doesn’t say ‘whom’.”

Liz Fielding agrees – “written dialogue is not the way people really speak. It’s the way we’d speak if we had time to think first and edit what we say, without the ums, ers, hesitation. The clever responses that only come to us when we’ve had time to cool off. That said, conversation needs to be natural – our characters must never sound as if they’re speaking from a script. We all have conversational ticks, a background that give us the words that make our voice our own. Think about where your character comes from, their education, ethnicity (I was using Welsh words as a child, long before I knew they were Welsh!), and the job they do, to give them authenticity.”

Barbara Erskine’s advice is to “write it as one hears it in one’s head. But then I always read it out loud later to make sure it sounds right. Not quite everything characters may say sounds ‘real’ on the page and vice versa.”

Kate Walker adds, “The thing to remember … is to write what your character says and how they say it … Make the way a character speaks fit their age, status, mood – and whether they are male or female. Women have very different ways of describing things for example than men do.”

For Jill Mansell, “writing dialogue is my favourite by far – I love it and find it incredibly easy. (Descriptive passages are my nemesis – hate them!)” Sarah Morgan loves writing dialogue too, “possibly because I talk a lot! I write dialogue instinctively, but then go back over it and check that the words reflect the character. For example, have I made an eight-year-old sound like an eighty-year-old? … Sometimes I will ‘act’ out a scene to see if it sounds and feels authentic. I often find that I don’t discover a character’s true voice until I’m some way into the book. Once I know my characters really well, I’ll know what they would or wouldn’t say. At that point I go back over what I’ve written, checking all the dialogue.” 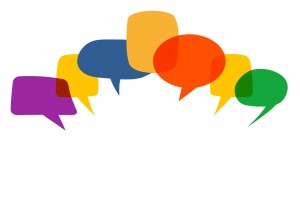 Almost all the authors agreed that reading dialogue out loud is the best, including Prue Leith and Dinah Jeffries, who also says “best to keep the dialogue tags as limited as possible too. Said, bellowed, shouted, muttered, whispered, etc … “, but avoid things like “‘Come here gorgeous,’ she breathed. You can’t breathe words, nor can you ‘soothe’ words. She spoke soothingly is better …  It’s a good idea to break up the dialogue with actions instead of tags to signify who is speaking, like ‘George picked up the glass. ‘This one is dirty.’ Also avoid small talk and don’t info dump.” Sheila O’Flanagan suggests “losing the adverbs like angrily, indignantly, unhappily” too.

Milly Johnson says “I write how I speak and I imagine my characters speaking to others and me eavesdropping in on the conversation … When you invest in your characters, you know how they interact with each other, how they would say some things to people close to them which they wouldn’t say to others who they don’t know as well. A useful exercise might be to do a ‘mini play’ with a friend and read the dialogue to each other as if you were having a conversation and see if it sounds authentic. Dialogue can be a fabulous way of revealing things rather than using narrative, but not when a character says, ‘Do you remember, Marjory – because you’re my best friend and have been since primary school, last summer when we lived at 192 Parsley Road and the man next door, who used to wear that brown cardigan and had a Labrador…’ Who talks like that? Dialogue shouldn’t be ‘forced’ to deliver information.”

What should the balance be between dialogue and narrative?

“The rule of thumb I was given by my very first Senior editor – the late great Jacqui Bianchi – way back in 1984 was ‘60% dialogue to 40% narrative’ and I’ve always tried to stick to this”, says Kate Walker. “This is particularly important when you are writing fast-paced, ‘page- turning’ genre fiction. There is scope for more narrative in a novel that needs to be less immediate and fast-reading. But the thing to remember is that narrative always slows down the reading of a story …”

“There should be lots of both – as needed,” Barbara Erskine feels. “Big chunks of narrative without something to break them up are no longer really acceptable.” And Jill Mansell much prefers to read dialogue. “If I pick up a book and see that it begins with two pages of narrative, there’s a strong chance I won’t read on.”

Liz Fielding thinks that “in romantic genre fiction the reader expects the hero and heroine to be together for most of the book. Talking should be a big part of the story and I’d aim for about a third dialogue.” Whereas for Milly Johnson “it depends, as some books are more ‘talky’ than others. I think the ratio just has to be natural for the story. I tend to have a lot of dialogue in my books.”

What are your views on slang/dialect in dialogue? And what about historical speech and/or foreign words and phrases? 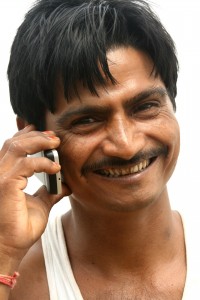 “Use them like salt and pepper”, is Jill Mansell’s advice. “Too much will ruin everything.” Yes, “use sparingly!” agrees Rosanna Ley.

Barbara Erskine has strong views on that. “One’s instincts must be reined in. Slang – a bit is OK, obviously. But beware. Very tricky for modern slang not to be outmoded before you even get to the publisher!” As for dialect, “by speech patterns and very gentle intonation I think it can work really well … but nothing full on, unless you are writing the whole book in dialect as another language, otherwise readers find it very trying. I find it very trying!” She adds that “I think/hope my historical characters speak naturally, but within the parameters of a historical setting. Hard to explain but there is a subtle difference in my own head. No ‘Godwotery!’ No modern slang either. Plenty of period-appropriate comments … hard to pull off and I’m not sure I always get it right. My characters swear where we all would and l’ve been told off about that, but there are occasions in the action when a gentle ‘oh dear me’ just will not do! Let’s be realistic.”

Liz Fielding also thinks “slang can date a contemporary book, but it very much depends on the target audience. I don’t write YA, but I imagine it requires a good knowledge of the way young people are expressing themselves. In genre romance that is published worldwide it’s wise to consider whether such expressions will be understood (even in countries that speak the same language!) or will be translatable.”

Elaine Everest feels that we should “drip these words in rather than overuse them. Too much of any of the above can have a reader give up on the story.” And “don’t overdo the regional dialect either. Inferring the person is (say) Cockney is better than trying to include every dropped aitch and Cockney rhyming slang.”

Prue Leith also thinks “too much dialect is taxing for the reader. Foreign phrases need to be universally understood like Bon Appetit or Auf wiedersehen. Quoting Latin or whole sentences in a foreign language is unnecessary and has a whiff of showing off about it. And footnotes in a novel are out of place.”

Milly Johnson writes about Yorkshire and uses a lot of vernacular “BUT I tend to tone it back to how the characters would speak in real life, just tweak it a little. Enough to flavour, like a herb in cooking – a little goes a long way. It can be annoying and distracting to overkill – especially if the phrases are so obscure that someone has to stop reading to look up what the heck you mean.”

“I think for dialects or foreign accents you should say there’s an accent but not write it,” says Sheila O’Flanagan. “I find reading something like ‘Vot haff you done” very irritating. Foreign words and phrases are OK if they’re relevant and appropriate.”

For Kate Walker, “so many of my characters have another language – Spanish, Greek, Italian etc so sometimes they will slip back into their first language or make a mistake in the right way of saying something. I like to use this when a character (very often the hero) is in a situation where his composure /control is slipping and he loses his hold on the language he is using – usually in an emotional moment or a passionate one.”

Some great advice there! Is there anything you’d like to add? Please let us know!