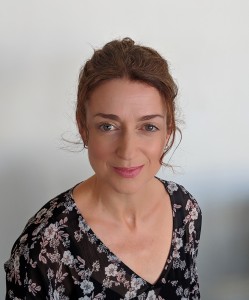 What’s in a (character) name?

As I started writing my latest book, I soon realised that I had plagiarised myself – not in a plot point or specific turn of phrase, but with a name: Abby. I just love this name and it is perfect for this character, but it turns out that I love it so much, I’ve already used it for a minor character in my second book.

I was faced with a dilemma – change ‘Abby’ to something that suits her just as much or hope that it won’t matter to my readers (if they even realise).

I went with the latter because, while choosing character names can be an enjoyable aspect of writing, it can also be one of the trickiest.

We can spend hours on websites – baby names generators, genealogical and historical sites – to come up with the perfect names, not only for main characters, but every supporting character, the names of towns, and even names of fictional companies. I’ve even ‘borrowed’ names from friends, family, and former students.

But why is naming so hard? For me, there are a few reasons.

As we know, names go in and out of fashion, with some names circling back onto the ‘fashionable’ list every other decade or so.

After the film, Splash, came out in the mid-80s, the most popular girls’ name for years was ‘Madison’―simply because a mermaid named herself after Madison Avenue in New York. Until then it was just a last name, but it might be perfect for a character born in the 80s.

And writers of historical fiction are limited even further. There probably weren’t (m)any Kylies or Kylos in the 1800s.

Names are subjective and (often) have personal connotations for the reader

As a former schoolteacher, there are some names that I won’t touch with a barge pole, simply because they elicit memories of difficult students. Those names may be completely innocuous to most readers, but as I’ll spend the most time with my characters, they make the ‘no go’ list.

The same goes for names with varying ‘heat levels’. If I’m naming a sexy love interest, are some names off limits? Is Milo a hot guy’s name or a hot drink from Australia? Where will my readers land on Rupert (no for me) or Henry (yes for me, but mainly because of Cavill)?

And while I am a huge Keanu fan – and of course there are quite a few Keanu’s out there in the world, especially ones born after The Matrix came out in ’99 – it’s just too evocative of the Keanu that it’s also on the ‘no go’ list for a love interest.

Names have to ‘fit’ the character

I’ve heard this from other authors, so I’m not the only one who does this, but sometimes I’ll choose a name for a character and as I am writing, I realise it doesn’t ‘fit’―that they are not an ‘Eleanor’, but more of a ‘Susan’. Of course, this ties back to my previous point about names having connotations, but the name must suit the personality of the character, as it is one of the tools an author uses to evoke their characteristics.

In my book, The Christmas Swap, one of the characters is an actor from Oxfordshire and I’ve given him a stage name – his mother’s maiden name as his first name. And I got her maiden name from researching last names from Oxfordshire. I tried many combinations of common last names from that part of England until I got one that perfectly evoked ‘international film star’. And so was ‘born’ Archer Tate.

Many authors I know will name the villain or the antagonist after someone they’ve encountered in real life. I confess(!), I’ve used this method before. A minor character in The Christmas Swap, Chloe’s high school bully, is a spin on my high school bully – not exactly the same name (that’s far too obvious) but certainly ‘inspired’ by it.

Twenty-two years later, they decide to swap Christmases, none of them expecting the hilarity and romantic escapades that will ensue.

Chloe from Melbourne spends her Christmas with Lucy’s mum and dad in a sleepy village in Oxfordshire, England, stunned to the core when she discovers who grew up across the road from Lucy.

Lucy, who has jetted off to snowy Colorado for her dream-come-true white Christmas, is taken into the fold of Jules’s loud and brash family, discovering more about herself in a few short days than she has in years.

And Jules leaves the cold climes of Colorado to spend a balmy ‘Orphan’s Christmas’ with Chloe’s friends in Melbourne, finding that time away from her mundane life is just what she needed.

Join these three lovable women as they each get a Christmas to surpass their wildest dreams.

Sandy is a writer, traveller and hopeful romantic with a lengthy bucket list, and many of her travel adventures have found homes in her novels. She’s also an avid reader, a film buff, a wine lover and a coffee snob. She lives in Melbourne Australia with her partner, Ben, who she met while travelling in Greece. Their real-life love story inspired Sandy’s debut novel One Summer in Santorini, the first in the Holiday Romance series with One More Chapter, an imprint of HarperCollins. The Christmas Swap, Sandy’s fourth novel is a stand-alone and celebrates her favourite time of year.