In honour of the RNA’s 60th Anniversary we’re interviewing some of the many volunteers who work hard behind the scenes to keep the organisation, website and blog running smoothly. Today, Janet Gover who is the NWS Scheme co-ordinator, is in the Hot Seat. 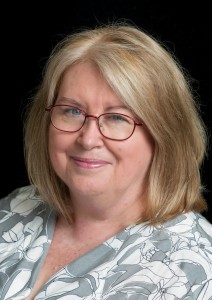 Welcome, Janet. Can you start by telling us a bit about what your role in the RNA entails?

I have THE BEST job in the RNA. I am the NWS scheme co-ordinator so I spend my time helping our unpublished members find a way to reach their goal of publication. There are times when it gobbles up a lot of my time – especially when so many submissions arrive in the last week of August **gives NWS members stern look and suggests earlier entries are good.**  But any day can also start with an email from a member saying they’ve had The Call or The Email.  That usually requires a tissue and a cup of tea at my end, but don’t any of the NSW members that – otherwise they’ll know that under this tough exterior, I’m really just a softie.

What a wonderful role, Janet. 🙂 Now I see that you have a new book out in February. What was the inspiration behind ‘Close To Home’? Can you tell us a little about it?

The book, which is set in Australia, really began when one of the key characters appeared in my mind while my husband and I were on holiday in Spain. We were exploring an old amusement park on top of a cliff in San Sebastian and suddenly Lucienne was there, talking to me. My husband is very patient when I suddenly decide I have to sit down in the middle of the holiday and write.

Some characters are hard to name and if their name isn’t right nothing else is right. Lucienne and Alice are two matriarchs in this story, and both their names were there from the very first. Some are harder, but I have a book of 100,000 baby names on my desk. I use that a lot and try out a few names for a character until I’m sure I’ve got the right one. On a more practical note, it’s a good idea to google popular baby names in the year and place where your character was born.

As for the setting, I grew up in a small town in Australia, so I find it really easy to write books set in places like that. But, I’ve also set books in Yorkshire, a made-up European Kingdom and Antarctica. Can you guess which one had all the penguins in it?

I am contracted to write a book a year for my Australian publisher, but I like to have other writing projects on the go to. I usually give myself up to about 8 months for these books – which sit between 90,000 and 100,000 words (sometime a bit more).

As for re-writing. It’s something I try to help NWS members understand. Typing THE END really isn’t the end. I usually do 3 rounds of edits before my agent sees the book. She may ask for a few changes to strengthen it or fix plot holes or errors before it goes to my publisher. And of course publisher always gives edits (or at least the good ones do). Typing the end simply means the end of the first draft.

This is so true! What kind of research did you do before beginning the book?

This book is sort of Romeo and Juliet meets The Greatest Showman (I am dreaming of a film deal with Hugh Jackman). One ‘side’ of the story involved a travelling circus, so I had to do a lot of research. That meant going to circuses and talking to circus people. The first was fun and involved candy floss and the second was fascinating.  The circus community was so helpful.

Possibly my favourite character in fiction is Sam Vimes – a product of Terry Pratchett’s amazing mind. I would have him over, with his wife Lady Sybil of course, and we could talk about dragons and the difference between right and wrong.

Learn how to write a sex scene – 15 books and I still can’t do it right!

The publishing industry is big and complex. Writing a good book is just the start of what can be a very rough journey at times – wonderful at other times. I think it’s important for each of us to define what we want from this journey and then go all out to achieve that goal.

I can. I’ve just signed for two more rural stories for my Australian publishers.  The first is set around a mobile library and the journey it takes through small outback towns. I’m loving this one… but then I say that about every new book when I am only 20,000 words in because that’s the exciting part when there are endless possibilities for my story and characters. 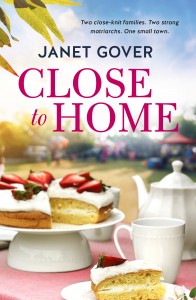 Janet Gover grew up in outback Australia, surrounded by wide open spaces, horses … and many, many books.

When her cat lets her actually sit in her chair, she writes stories of strong woman, rural communities and falling in love. Her novel ‘Little Girl Lost’ won the RNA’s Epic Romantic Novel of the Year Award and she has also won or been shortlisted for awards in Australia and the USA.

As Juliet Bell, in collaboration with Alison May, she rewrites misunderstood classic fiction, with an emphasis on heroes who are not so heroic.

Her favorite food is tomato. She spends too much time playing silly computer games, and is an enthusiastic, if not always successful, cook.