The Romantic Novelists’ Association’s DISCO chapter was formed for members who live with a disability, chronic health conditions, mental health issues and neurodiversity, either personally or as a carer. For Romance Reading Month we want you to share book recommendations from authors or about characters with these conditions to raise awareness and because Love Stories are for Every Body.

As with so many, my entire life has been linked to disability or chronic illness in one form or another. I grew up with a disabled mother and went on to train as a physiotherapist, partly to help get her diagnosed. At seventeen, I had the first hint that I had something wrong when I wasn’t able to see my armpit. It turned out to be uveitis (an inflammatory condition of the eyes) and when it flared up again in my twenties, it left me with a life-long condition. It was what led me to writing and it has influenced the subjects I broach and the characters I write. 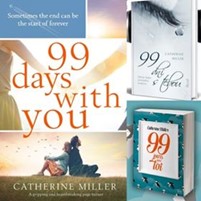 In 99 Days With You Emma is a carer for her mum who has MS. Her mother ends up being an incredibly brave character who is there for her daughter and it was important for me to have a disabled character portrayed in a positive light. In my most recent book, The Missing Piece, I explore Broken Heart Syndrome and I always seem to weave health conditions into storylines as it portrays what I’ve known in my lifetime.

I’ve really welcomed the recent start of the DISCO chapter looking to see the representation of both disabled and chronically ill authors and characters improved. I’d love to see more of this representation and here are some of the RNA DISCO books to add to your TBR pile 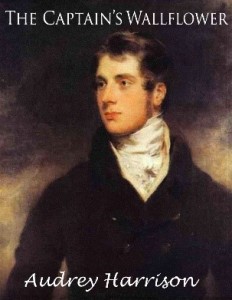 The Captain’s Wallflower by Audrey Harrison

The Captain’s Wallflower is a Regency Romance which focuses on a Captain returning from Trafalgar, who has been blinded in battle. Audrey had worked for Guide Dogs in the past and introduced the ‘first’ guide dog into a Regency story! She was able to give a donation from the royalties to the woman who owned her favourite guide dog, Queenie. 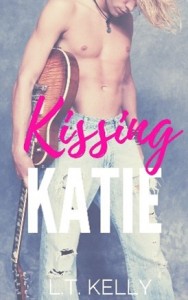 Son of a rock legend, Evan Waters has been denied access to the life of fame and fortune he was destined for. Evan decides to head to the UK with his band to feel closer to his roots whilst they record their debut album. In London he finds all he’s wanted in more ways than one… 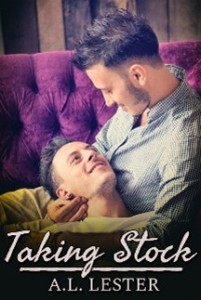 Taking Stock is a gay historical set in 1972 and one of the MCs is a stroke survivor. Laurie is a farmer with a problem. He’s had a stroke and he can’t work his farm alone any more. Phil is running away from London and the professional suspicion that surrounds him at his City job. They’re both alone and unsure what the future holds.  Can they forge a new life together with their makeshift found family in Laurie’s little village? 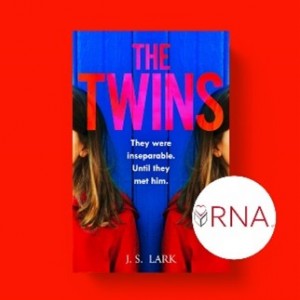 The Twins by Jane Lark

Susan and Sarah. Sisters. Best friends.
Together…forever?
Nothing could break them apart.
Until they meet him.
And he can only choose one…
Now Susan is back. Determined to reclaim everything Sarah has taken from her.
Her home, her husband…her life? 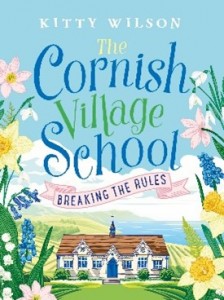 Rosy is the headmistress of the primary school in the beautiful Cornish village of Penmenna. She is living by The Rule: no dating anyone locally, when handsome gardener Matt moves in next door. As the school is faced with closure, can Rosy rally the local community, #SaveOurSchool and resist temptation? 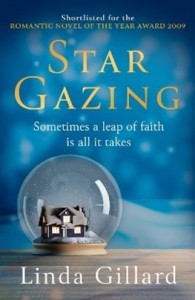 Star Gazing was short-listed for the RNA’s Romantic Novel of the Year in 2009. The romantic heroine is 45, a widow and congenitally blind.

Linda is a member of the DISCO chapter and I asked her why it’s important to see disability represented in romantic fiction:

“If romance fiction is to be anything more than fantasy, it should be inclusive. Hollywood has peddled a largely male idea of perfection for decades: happy endings belong to the young, slim, beautiful and able-bodied. If the heroine (or hero) is less than perfect, the story becomes a comedy. Sometimes the “ugly duckling” will be revealed to have been a swan all along. Fortunately, love doesn’t acknowledge these ridiculous rules and romantic fiction is beginning to reflect that reality. Disability doesn’t prevent someone from loving or being loved and that obvious truth should be portrayed in fiction. When disability is represented in romance fiction, it enriches the story and enhances readers’ engagement with the protagonists. Consequently, the reader will root for them and rejoice in their happy-ever-after.” 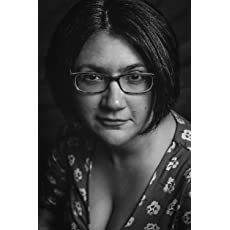 When Catherine Miller became a mum to twins, she decided her hands weren’t full enough so wrote a novel with every spare moment she managed to find. By the time the twins were two, Catherine had a two-book deal with Carina UK. There is a possibility she has aged remarkably in that time. Her debut novel, Waiting For You, came out in March 2016.

Catherine was a NHS physiotherapist, but for health reasons (Uveitis and Sarcoidosis) she retired early from this career. As she loved her physiotherapy job, she decided if she couldn’t do that she would pursue her writing dream. It took a few years and a couple of babies, but in 2015 she won the Katie Fforde bursary, was a finalist in the London Book Fair Write Stuff Competition and highly commended in Woman magazine’s writing competition. Soon afterwards she signed with Carina. Soon after that, she collapsed in a heap and was eventually revived by chocolate.

Since then she’s had four novels published and hasn’t found a week that didn’t require revival by chocolate. She is one eighth of The Romaniacs – a group of writing friends who’ve supported each other since meeting through The Romantic Novelists’ Association’s New Writers’ Scheme.