For Romance Reading Month Judith Barrow joins us on the blog to talk about her publishers, Honno, the longest-standing independent women’s press in the UK. 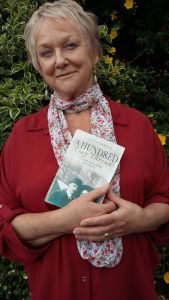 The press was set up with four core aims: to provide a feminist perspective, to give Welsh women writers an opportunity to see their work published, to get earlier important, but neglected, writing by Welsh women back into print and to provide employment in publishing for women in Wales.

True to its roots the press still only publishes work by the women of Wales. Most of Honno’s titles are novels, autobiographies and short story anthologies in English as well as Classics in both Welsh and English.  Over the years the Press and its titles have garnered many awards including Wales Book of the Year

I was first published by Honno over twelve years with the first of my trilogy: family sagas that incorporate romance, history and misdemeanours – and all that families incorporate.

Honno is my kind of publisher; small, independent, and led by strong women who know what kind of books they want to publish and don’t accept anything but the best that an author can produce. So the editing is hard, but fair, and leads to many discussions – and a few compromises on both sides.

. I love their strapline – “Great Women, Great Writing, Great Stories.” It always gives me a thrill when the manuscript I’ve been toiling over for months (or years!) is accepted by them.

As any manuscript submitted is seen first by the editor, Caroline Oakley, I thought I would ask her a few questions about Honno:

Do you think a women only publishing house is still needed in today’s climate?

Always needed, sadly, though things are getting better in some ways. There are many more women in senior editorial positions in publishing houses, but still not enough in the boardrooms of those corporate publishing houses. Honno has always championed women who wish to work in publishing (as well as those who wish to be published) and may not have had an opportunity to do so for reasons of geography or education, age or a need for flexible working… Unfortunately, many publishing women move sideways when they have children, working freelance, for example, to fit around their many commitments – meaning that boardroom positions go to their male equivalents who have reached the requisite level of experience in advance of them (not having taken time out for childcare). Many women don’t take up writing until their nests are empty. A dedicated women’s press is often more flexible in its approach to both working practices and to debut writers of the widest possible age or experience range, or to accommodating gaps in the appearance of titles (the big houses often clamour for a book a year minimum on their contracts).

How different is the publishing world from, say, thirty years ago?

In my experience, which covers that timespan, two things stand out – the speed of technical developments is ever increasing, and the rise of new formats seems unstoppable. Streaming will, I think, be the next big thing. And I wonder if the current pandemic-driven move to online teaching for children will further increase the next generation’s move to digital consumption of the written word, whether in the form of eBook or digital audio, and perhaps also encourage those of them who feel the need to tell stories when they reach adulthood to create specifically for these formats with additional integrated features. When I started work at Grafton in 1985 we were still making up covers with film, a scalpel and cow gum – that seems ridiculous now when covers can be corrected in seconds.

How does Honno work?

Honno works co-operatively – it has a flat hierarchy and is managed by an unpaid voluntary committee of eight to a dozen women alongside four part time staff members paid equally for their time. It is a mutual and provident society with each of its shareholders having one share in the organisation – any profits are put back into the publishing programme. Writers are both commissioned and selected from an open submissions process. The only criteria for submissions are that a) the writer is of Welsh birth or residence and b) a woman, and c) that the work will be of interest to the women of Wales. Everyone is currently working from home but the company has an office within Aberystwyth University, kindly donated to it by the Dept of Modern Languages. Honno is in receipt of revenue funding from the Books Council of Wales, which supports the publishing industry in Wales, and which is itself funded by Welsh Government.

How are Honno managing during the time of the pandemic?

Like every other publishing company -– with difficulty; but with determination and hope for the future mixed with confidence in its product! The staff are working from home and settling into online platforms for meetings and information sharing. The biggest impact has been from the impact of serial lockdowns on our access to market i.e. the closure of high street bookshops and disruptions to staffing in distribution centres due to illness and the need to self-isolate. However, the vast majority of both chain and independent bookshops have really upped their online game and many offer innovative encouragement to their customer bases to buy books, from online promotional events to special offers, bicycle delivery, subscription boxes and individual recommendations/newsletters, purchase incentives and even unique special editions…

What kind of support is needed for an independent press?

For independent presses to survive and compete against the big boys of publishing they need strong customer support and to build a community of enthusiastic readers – a lot of which recent tech advances enable. Social media is vital to creating a groundswell of interest in any new title from a small press with ‘word of mouth’ (or more likely ‘tweet’) becoming an essential viral marketing tool. The same is true of the indie bookshops that sell their wares. @home4indies for example has persuaded some very big name authors to take part in virtual events and offer signed copies of their books.

Honno began as a community organisation with real grass roots support – its first titles were funded by a share issue. As it’s grown Honno has found support from the Arts Council of Wales initially and then the Books Council of Wales – many English presses also receive Arts Council funding. Of course, any funding comes with funders’ requirements/conditions. Honno meets with its funders annually to account for its activities and expenditure. A number of smaller presses in the north of the country have joined together to support each other in selling and representing their titles into the bookshops, so there is a growing culture of mutual support in difficult times.

And there we have it. As Caroline says, independent presses are strong and determined to continue to be so in the future. But, as always, for both authors and for small publishing companies we rely on readers. And to keep that loyalty, we must continue to produce the best stories that we can.

I’m grateful to the Romantic Novelists Association for giving me this platform to showcase my own publishers. 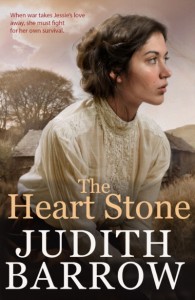 Judith Barrow,originally from Saddleworth, a group of villages on the edge of the Pennines, has lived in Pembrokeshire, Wales, for over forty years. She has an MA in Creative Writing with the University of Wales Trinity St David’s College, Carmarthen. BA (Hons) in Literature with the Open University, a Diploma in Drama from Swansea University. She is a Creative Writing tutor for Pembrokeshire County Council and holds private one to one workshops on all genres.