Jessica Redland – All You Need Is Love: 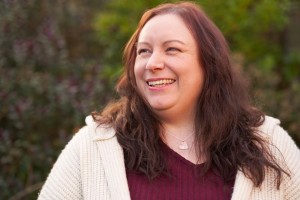 All You Need Is Love was originally an indie release under the title of Bear With Me. When I secured my publishing deal with Boldwood Books, it was for a combination of new titles and back catalogue. Most of my back catalogue books had fresh life breathed into them last year but the final two will be re-released this year, this being the first of those.

This is the story of Jemma and Sam who, at the beginning of the book are unconnected strangers with everything they ever wanted and a happy future planned out. For very different reasons, their future is snatched away and they both find themselves alone, confused and unable to imagine taking a chance on love again.

Partway through the book, they meet when Sam, a neurologist, helps Jemma come to terms with a life-changing illness diagnosis given to one of her family members. Advice turns to friendship and they realise they have more in common than they initially expected but can they help each other come to terms with the secrets from their past and move on?

The inspiration came from a combination of one of my passions, a familiar setting, and a challenging issue.

The passion is teddy bears. I’m an arctophile – a collector/lover of bears – and I set up and ran my own specialist teddy bear shop for a couple of years. Jemma and her mum, Julie, are both arctophiles and Julie runs a teddy bear shop called Bear With Me in the fictional seaside town of Whitsborough Bay. This draws on my experiences of running my own bear shop.

Most of the book isn’t set in the shop and it isn’t all about bears either so don’t be put off if you’re not a bear fan or don’t get the idea of an adult collecting bears!

The challenging issue is a life-changing illness diagnosis and how that affects not just the person diagnosed but also their family. Initially, I wasn’t sure which illness I wanted to cover but my auntie was diagnosed with the one I chose a year or so before I wrote the book so I felt drawn to that one.

The story is told from dual perspectives. It’s the first book I ever wrote like this but I’ve used this approach several times since.

How did you decide on the setting for your book?

All the books I’ve written so far are in one of two settings: the fictional North Yorkshire seaside town of Whitsborough Bay or a hedgehog rescue centre called Hedgehog Hollow on the Yorkshire Wolds. I’m not currently planning to stray too far from either of these areas so Whitsborough Bay was the logical setting for this story.

In Whitsborough Bay, there’s a cobbled street called Castle Street lined with independent shops and cafés. Many of my stories feature business owners on that street and Bear With Me is one of them.

A significant part of the story is based in London, though, as this is where Jemma and Sam both live and where they meet with Jemma occasionally returning to Whitsborough Bay to visit her family.

I wrote the original version across 2016/17 so my memory is a bit fuzzy. I’m thinking maybe about six-eight months alongside a full-time day job. At the end of last year, I went through an edit with Boldwood ready for today’s re-release and there was very little that needed changing.

My writing has developed over the years so I had quite a few sentences I tweaked here and there but the story and characters didn’t change. I carved up a couple of longer chapters to make the changes in perspective a little easier to follow, there was a bit more emotion added in to a couple of scenes, and a couple of characters had a name change. Overall, it was maybe a couple of weeks of work to freshen it up.

In June last year, I fulfilled a dream of becoming a full-time author but, nine months on, I still haven’t settled into a routine. I used to have such small windows of time to be able to write as my day job saw me working very long hours and I therefore grabbed those moments and just got on with it. With a full day ahead of me, I do struggle to keep focused which surprised me as I am normally very organised.

I’ve discovered I’m terrible at procrastinating on social media. I can find I’ve wasted hours scrolling through posts yet not engaging with anything in particular. I really need to get control of this because I’m still writing a book in about the same about of time as when I was working full-time but I should be able to write one in about a third of the time now that I’m a full-time author. Oops!

I was in the New Writers’ Scheme (NWS) for three years. My debut novel – New Beginnings at Seaside Blooms – went through the NWS for the first two as I changed it significantly between submissions and, after my second report, I polished it ready for the submissions process.

After several rejections, I had two offers of three-book deals at the same time in 2014. The publisher I chose was a new one and they were full of promises and enthusiasm but they failed to make an impact on the market, ceasing trading after releasing my trilogy and a prequel novella.

With my rights back, I reissued my books as an indie author along with another five over the next few years.

In 2018, I decided to try for a traditional publisher again but I was very selective. In early 2019, I saw the advert for newly-formed Boldwood Books. Even though I’d been burned by a new publisher before, the credentials of the team running Boldwood were completely different so I submitted a new novel to them on the day they opened. Best decision I ever made. I was thrilled to get a 9-book offer which later extended to 12 to take on all of my back catalogue. I’m so grateful for everything they’ve done to take a struggling invisible indie author and turn my books into international bestsellers.

At the back end of last year I signed a further 12-book deal with Boldwood and the first book from that new contract will be out in August. It’s set in a café just outside Whitsborough Bay called The Starfish Café which has featured in a couple of my other stories. It’s another dual perspective book and I’m a little over halfway through it with a submission deadline after the Easter bank holiday weekend. That’s not far away but I’m good at cranking up the speed when a deadline approaches.

I’m also expecting the Boldwood edits on the final book from my back catalogue imminently which I’ll probably slot in between finishing the current WIP and starting the fourth Hedgehog Hollow one. It’s currently an indie release called Charlee and the Chocolate Shop and will be released in July with the fresh edit, a new cover and possibly a new title.

Jessica lives in Scarborough on the stunning North Yorkshire Coast in the UK, which inspired the creation of the fictional seaside town of Whitsborough Bay where she sets most of her books although the Hedgehog Hollow series takes readers into a gorgeous new setting on the Yorkshire Wolds.

She lives with her husband, daughter, sprocker spaniel and is a stationery addict with a notepad obsession. She loves chocolate, although it doesn’t love her, 80s music, hedgehogs, collectible teddy bears and lighthouses.

Her career has mainly been in HR as a trainer and recruiter. She had a brief detour into retail to set up and manage her own specialist teddy bear shop and started writing her debut novel on quiet days in the shop. In June 2020, she became a full-time author and is very grateful to anyone who has bought or borrowed her books in whatever format, helping her fulfil a long-held dream of writing full-time. She still can’t believe she gets to spend every day chatting to her fictional friends and making stuff up. 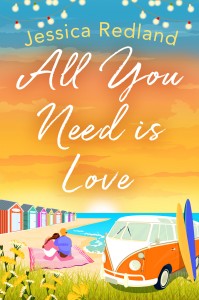 When you’ve loved and lost, how do you find the strength to let love in again?

Jemma thinks she’s found the love of her life. Scott is everything she ever dreamed of and she can’t wait to begin the next stage of their life together. But just as she is heading for her happy ever after, a shock revelation shatters Jemma’s life as she knows it. Left to pick up the pieces, Jemma’s friends and family rally round to help her find the courage to move on.

Sam think he has his future all worked out. A thriving career, lovely home and an amazing fiancée. But when tragedy strikes, he finds himself alone, far from everyone he cares about. Did he do the right thing by running away and trying to rebuild the tatters of his life alone?

This is the story of Jemma and Sam. Two lost souls, desperately trying to find closure and happiness. When a chance meeting brings them together a friendship is formed, but the guards are up.

Will it finally be their turn for a happy ever after? Or will the secrets from their pasts prevent them from moving on?

Escape to Whitsborough Bay for an emotional, uplifting story of love and friendship from top 10 bestseller Jessica Redland.

This book was previously published as Bear With Me.