A warm welcome to day to Liz Harris. We are delighted that you could join us to talk about your new release. Could you tell us a little more about it? 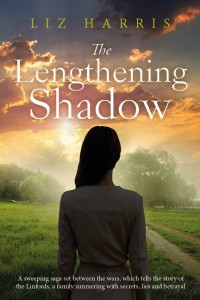 The Lengthening Shadow is the third book in the Linford Series, a saga set between the wars. Each of the novels, although part of a series, is a standalone and is complete in itself.

Patriarch Joseph Linford is chairman of a successful construction company based in London. In the course of the three books, readers are drawn into the lives of Joseph and his two brothers, Charles and Thomas, and Joseph’s three children, Dorothy, Robert and Nellie.

The first in the saga, The Dark Horizon, told the story of Robert and Lily. The second, The Flame Within, focused on Thomas and Alice, and The Lengthening Shadow, set in the 1920s and early 1930s, tells the story of Dorothy Linford.

Dorothy married a German, Franz, who’d been interned in London during WW1, and, cast out of the family, goes with him to live in a village in Germany. The novel also follows Louisa Linford, the truculent daughter of Charles and Sarah, who, in the most dramatic of ways, is forced to confront the effects of her behaviour.

As each book is a standalone, and is set in roughly the same years, it probably won’t surprise you to know that my greatest challenge was to avoid revealing in The Lengthening Shadow what happened in the lives of the family members whose story is told in a different book.

It was also very important not to repeat in detail something that had happened in another Linford novel. At most, I referred to an event that occurred in one or more of the other books, if it was necessary to do so, but said no more than that.

I’m delighted that a number of Amazon reviews have remarked that the books could be read in any order, so I seem to have achieved what I wanted, but it was a very difficult balance, ensuring that I gave nothing away, but that the story at the heart of the novel reached a satisfactory conclusion.

I LOVE travel, and regularly go abroad, to places as close as Italy, where I’ve set two novels, and France and Greece. But I also go further afield.

It’s a happy fact that research expenses can be offset against tax – obviously within reason. Such trips invariably involve an element of free time and exploration for pleasure, and this should be recognised in what you claim.

Setting novels in exotic places is, therefore, a real joy as I get to research my story in an exciting new country, aided by the tax man while I do so. It was after my first such research trip, that I learnt that I was able to offset the cost of my flight, my car hire, accommodation and petrol, but NOT my travel insurance or meals. Travel insurance was considered an optional extra, and meals had to be eaten wherever you were.

For the Linford Series, I went to New York, and to the North of England. For The Colonials, the first of which, Darjeeling Inheritance, will be published later this year, I went to several places in India, and last year, I travelled the length of Vietnam.

I’m inviting one guest only because the idea of a dinner for two by candlelight, the other being a super-attractive man, is infinitely more appealing than a table full of guests, all eager to put the world to rights.

As for our conversation, well, I used to want to be a nurse, which came after the time I wanted to be a nun, so I might ask about the chances of learning on the job in a hospital in the Belgian Congo.

1) Let your curiosity out of the bag! A writer without curiosity is like a lock without a key. Our curiosity about the world around us, the people we encounter, those we know and those we don’t know, the possibilities that lie beneath the surface of what we’re told, what we read, what we can see for ourselves—this is the fuel for our novels. It will lead us to the central plot and characters, and it will help to provide the flesh that covers the skeleton of our story.

2). Keep a notebook and pen to hand, night and day, to jot down any ideas that occur, and to record any matters of interest that you see or hear.

3). Don’t worry about getting published: just write. Write what is crying out in you to be written, and don’t worry about anything else. You can always be published, if not traditionally, then with yourself as the publisher. But giving birth to people who didn’t exist before you put finger to keyboard, people with emotions, who live and breathe in a world that didn’t exist before you created it – that’s the real thrill. The publishing part is only the icing on the cake.

4). Read as many books of the genre as possible, particularly those set in the period in which you’re interested.

5). Historical authors – research your period thoroughly. You need to know the customs of the time and the constraints upon people if you’re to avoid your character thinking and acting in a way they would never done in the period in which they lived.

I’m putting the finishing touches to Darjeeling Inheritance, the first in the series of The Colonials. It’s been a massive wrench to leave the Linfords, but fortunately, I’ve loved writing Darjeeling Inheritance, which has taken me back to India in my head. The story is set on three tea plantations on the outskirts of Darjeeling. Darjeeling sits on the hills beneath the Himalayas, and is considered the most beautiful of the hill stations.

After eleven years in school in England, Charlotte Lawrence returns to Sundar, the tea plantation owned by her family, and finds …

Hm. Perhaps I should stop at that for the moment.

Thank you so much, Ruby and Catherine, for inviting me to be a guest on the RNA Blog. I have really enjoyed talking to you and answering your questions. 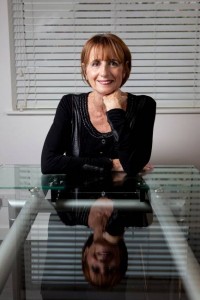 Born in London, Liz Harris graduated from university with a law degree, and then moved to California, where she led a varied life, from waitressing on Sunset Strip to working as secretary to the CEO of a large Japanese trading company.

A few years later, she returned to London and completed a degree in English, after which she taught secondary school pupils, first in Berkshire, and then in Cheshire.

In addition to the nine novels she’s had published, she’s had several short stories in anthologies and magazines.

Liz now lives in Oxfordshire. An active member of the Romantic Novelists’ Association and the Historical Novel Society, her interests are travel, the theatre, cinema, reading and cryptic crosswords. To find out more about Liz, visit her website
Purchase Links:
Amazon UK
Amazon US

Where to find Liz:

Liz was talking to Ruby Moone