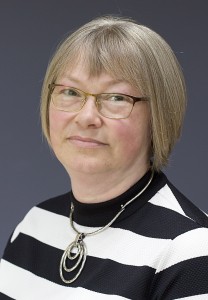 It’s very exciting to be shortlisted for the Jackie Collins Romantic Thriller Award. My very first book was rejected 25 years ago for having too much mystery and suspense in it. Now at last I’ve found my niche!

Local background: I draw on local myths, history and ghost stories for my inspiration. The Forgotten Sister is based on the real-life historical mystery of the death of Amy Robsart, wife of Robert Dudley the favourite courtier of Queen Elizabeth I. Amy lived and died at Cumnor Hall, just outside Oxford.

Quirky co-incidence: Sir Walter Scott also wrote about Amy Robsart in his book “Kenilworth” which was has its 200th anniversary of publication in 2021. When I was researching my book, I discovered that Sir Walter stayed in my village in Oxfordshire when he was doing his research!

Other points: I am a historian who works at two stately homes in the area, Ashdown House (Oxfordshire) and Lydiard Park (Wiltshire). I’m also a trustee of the Wantage Literary Festival. I train guide dog puppies – current puppy is called April. 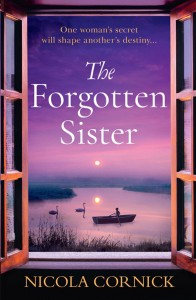 Lizzie Kingdom is a celebrity and TV presenter who enjoys hanging out with her childhood best friend, Dudley Lester. But when Dudley’s wife dies in suspicious circumstances, Lizzie finds herself implicated. To clear her name she has to dig into the mysterious death of Amy Robsart, wife of Queen Elizabeth I’s favourite Robert Dudley. 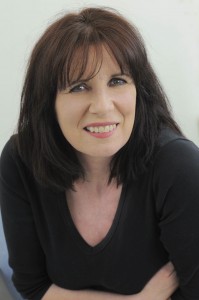 The RNA is a fantastically supportive and inclusive organisation full of brilliant writers. To be shortlisted for this award is a dream come true and I couldn’t be happier, or more proud.

The story was inspired by family holidays to Sicily and a passion for Inspector Montalbano, both the literary and the television versions. The House by the Sea is mainly set in the real-life locations which represent the fictional towns and cities in the TV adaptations of the Andrea Camilleri books.

It’s my first book in five years – I’d had to take a break from writing because I couldn’t manage the day job, family commitments and being an author. Confidence was at rock bottom, but Boldwood took a chance on me and this shortlist place is a literal dream come true. Thank you x 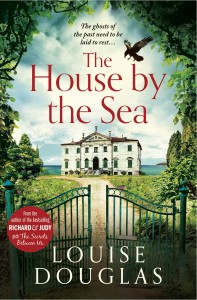 It’s the story of estranged couple, Edie and Joe. Edie blames Joe’s mother, Anna for the tragedy that caused the bitter rift between them. Each frozen by grief, they are reunited in Sicily by Anna’s will but Edie is determined she won’t be manipulated from beyond the grave. 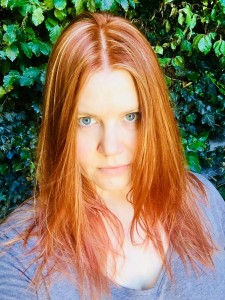 I’m beyond delighted to be shortlisted for the Jackie Collins Romantic Thriller Award! Writing romantic mysteries is a new genre for me and one I didn’t expect to be writing, which makes it extra special.

Many years ago I went on holiday to Port Isaac, and there was a film crew hanging around, making some show with that guy from Men Behaving Badly. I’m not sure anyone predicted the success of Doc Martin, but I’ve seen it filmed plenty of times over the years, and even found myself staying in one of the cottages used for filming. So when I decided to write a book set in a Cornish fishing village, there was only one place it could be—and what could be more intriguing than a film set clashing with the locals? So I wrote the book that became Death Comes to Cornwall, and guess where I was when I got the offer of publication from Dash? I was in the pub in Port Isaac! 2020 has been the first time in about 20 years I haven’t been able to visit, so fingers crossed for next year.

As an extra note, this is my fourth shortlisting, including one win in 2017 for Max Seventeen in the Fanatasy/Paranormal category. 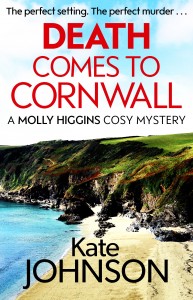 Molly Higgins never expected to be caught up in a murder investigation. All she’d hoped for this year was to work hard, save enough money to open her very own café on the Cornish coast and avoid her ex, Conor Blackstone, who has just arrived back in the village.

But when she and Conor discover a body on the cliffside in Port Trevan they are thrown once more together. Molly is keen to leave the mystery to the police, but when she finds herself their top suspect, Molly has no choice but to catch the killer herself – before it is too late. 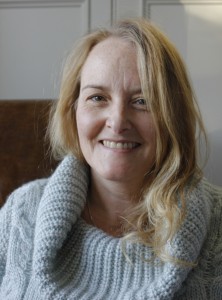 It is very exciting to see The Twins on the shortlist for Romantic Thriller of 2020. This has absolutely shattered my imposter syndrome thoughts to smithereens.

When I took a leap of faith and swapped genres from bodice rippers to thrillers my fabulous award-winning editor, Charlotte Ledger, saw the potential in this idea. We are both really happy with the story, we think it’s a book that deserves success, and to have that recognised by others is heart-warming.

I grew up, and spent many years of my life, in Swindon and North Wiltshire, although we live further down in the county of Wiltshire now. My experiences, intertwined with weeks at our favourite holiday destination in Cumbria, built up many small inspirations and experiences that inspired the story of The Twins. I’m a great people watcher. I like sitting in places and watching what goes on, just trying to empty my thoughts and let inspiration come.

At first, I wasn’t sure about making a move to writing thrillers, the plot of a thriller is more complex than working towards the happy ending everyone wants to see in a romantic bodice ripper. In the thrillers I have to trick the reader, so they think they know where the story will go, but then change it, and change it more than once; creating a maze with dead ends and secrets around the corners. But I’ve found that challenge really absorbing. It’s hard but fun trying to work it all out. I ended up having all the different scenes and years listed on a spreadsheet to get The Twins story into the order that worked best.

The thing that continues in my writing, and connects this with my bodice ripper books, though, is the level of emotional engagement for the reader. One reviewer said they had an emotional connection with every character in The Twins, and that is what I want, to engage the reader’s mind in a way that means they care about what happens to all of the characters, the good and the naughty ones.

For a dyslexic writer, with long-term illnesses that causes chronic fatigue, this feels like a greater achievement than it might be for others. I hope it will inspire other disabled authors to keep trying despite the knock-backs and challenges. 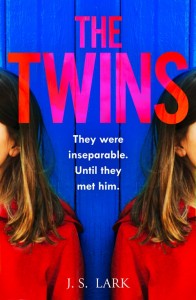 The most gripping psychological crime thriller of 2020 with a twist you won’t see coming!

Nothing could break them apart.

Until they meet him.

And he can only choose one….

Now Susan is back. Determined to reclaim everything Sarah has taken from her.

Her home, her husband…her life? 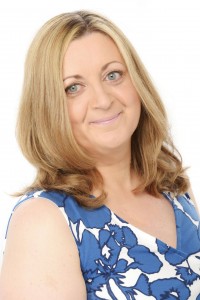 I have been an RNA member for several years and I have made many wonderful and supportive friends there. Being shortlisted for this prestigious award is a huge honour and a dream come true. I love writing romantic stories with a hint of mystery and historical background and I am delighted that readers have enjoyed my novel which can be a little dark and scary at times.

I have been writing short stories for a long time, both as I was growing up in France, and later when I came to live in England, but I will always remember a very special day when I attended a writing workshop organised by Calderdale Libraries. The wonderful Jean Fullerton gave a talk about her journey to publication, and I was so inspired that I came back home all fired up, started writing my very first novel and I haven’t stopped since!

I first got the idea for Escape to the Little Chateau during a family holiday in the South of France a few years ago. It is obvious when you travel through Provence that fountains were very important for locals. ‘Water is gold’ says an old Provençal saying, and true enough, there are fountains everywhere – some were very grand like in Aix-en-Provence, others a plain stone trough with only an old tap spurting fresh water. During that summer holiday one fountain in particular captured my imagination. It was in the lovely small town of Cassis near Marseille, where we had stopped for an impromptu picnic on one of the town’s squares. As soon as I saw it and read its inscription in Latin, I knew I had the basis of a plot…

Provence is a wonderful setting for a novel. There are so many hill-top villages and old farmhouses, lavender and sunflower fields, and ancient Roman and Gallic ruins… It was a joy to research the historical background for the story, to learn about the ancient Gallic tribes and their gods and rituals, some of them pretty gruesome, I have to say!

When I’m not writing, I am teach French in large secondary school and sixth-form college. Life is very busy and sometimes stressful and writing is my escape into an imaginary romantic world. 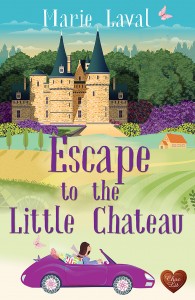 Amy Carter is determined to make Bellefontaine, her farmhouse hotel in Provence, a success. She’s put everything into making beautiful, and she has something to prove – particularly to handsome but arrogant Fabien Coste, the owner of the nearby château … But dark secrets about Bellefontaine begin to reveal themselves. Will Fabien prevent Amy’s Provençal dream from turning into a nightmare?