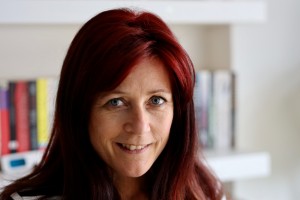 I am so very chuffed that Cow Girl has been shortlisted for the RNA’s 2021 Romantic Novel of the Year Awards in the debut romantic novel category. Thanks to everyone who has read and championed Cow Girl, or should I say mooochas gracias? (Sorry. And thank you again).

Winner of the inaugural Comedy Women in Print Prize 2019 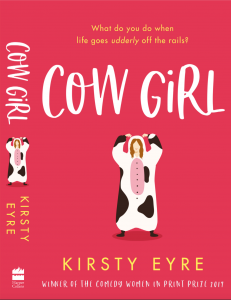 When her father falls ill, Billie returns home to the Yorkshire farm which she left behind for life in London. The transition back to country lass from city girl isn’t easy, not least because leaving London means leaving her relationship with Joely Chevalier, just as it was heating up.

And when she gets to Yorkshire, Billie’s shocked to discover the family dairy farm is in dire straits – the last thing Billie expected was a return to the life of a farmer but it isn’t long before she’s up at 5am with manure up to her wellies.

Can Billie find a way to keep the cows happy, save the farm and save herself? 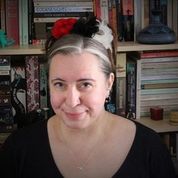 What an incredible honour for The Bookshop of Second Chances to be shortlisted for this award! A year ago publication was still a distant dream, and I could never have imagined what 2020 would bring, on every conceivable level. Sharing Thea’s adventures with all kinds of people has been a complete pleasure and delight.

The Bookshop if Second Chances is set in Dumfries & Galloway, which is where I was staying when I started writing it. The string of little towns along the A75 were a definite inspiration, and Thea visits some of the places we saw on that holiday (including some of the prehistoric monuments that were the reason for our visit). My Fraser in-laws are Scottish, although they live much further up, in the Highlands. I wanted to write about older characters, and the challenges of starting again in your forties, and I also wanted to write a book for my friends, who are interested in music and politics and books, much like Thea and Edward. I wanted to write a very slow-burn romance, and to try and conjure some convincing conversations, because talking to people is how you fall in love.

I’m a freelance editor, with many years’ experience working on food and accommodation guides as well as travel narrative and fiction, and seeing all the processes of publishing from ‘the other side’ has been extremely fascinating. 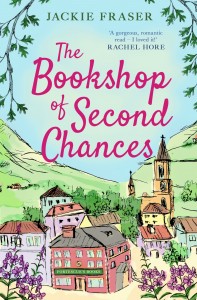 When Thea’s husband leaves, she’s devastated. Inheriting her great-uncle’s house (and books) in Scotland is a useful distraction. Can she make a new life, helped by the aristocratic Maltravers brothers? Twice-divorced Charles and never-married Edward add a certain amount of glamour and mystery. They hate each other; but why? 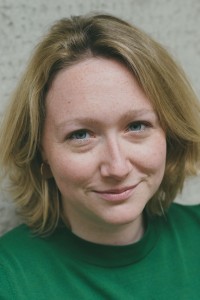 I am so thrilled to have been shortlisted for the 2021 Romantic Novel of the Year Awards and what an honour to be considered alongside so many other brilliant novelists! I’m particularly grateful to the RNA for this boost of confidence at the end of a long and difficult year. Books have been such a valuable source of solace recently and to think my first novel, The Silent Treatment, might provide that for others is incredibly heartening.

I was inspired to write The Silent Treatment after reading an article in Metro newspaper about a man in Japan who hadn’t spoken to his wife for twenty years. I couldn’t stop thinking about how a silence could settle at the heart of a relationship of that length – I knew it would be a brilliant jumping off point for a novel!

As I said above, I grew up in Oxford which inspired the setting, lots of my favourite spots are peppered throughout the novel (The Rose&Crown, Port Meadow, The Ashmolean Museum). The story isn’t based on my own parents, I should stress, although they have been together for 30+ years (See this piece I wrote for The Daily Mail: https://www.dailymail.co.uk/femail/article-8153291/My-generation-yearns-love-like-parents.html)

I wrote the novel while working as an assistant at a literary agency (Curtis Brown) so there were lots of early starts (5/6am) to get the book written around my day job! When the novel went out on submission to publishers, it was under a pseudonym. There was quite some surprise when my identity was revealed and I was a twenty-five year old, writing about characters forty years my senior! I’ve always been interested in life-long relationships however, what makes them endure.

The story of a couple – Frank and Maggie – who have been married for forty years but who haven’t spoken for the last six months. 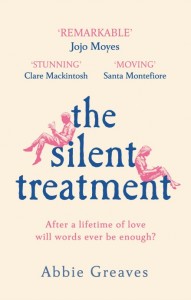 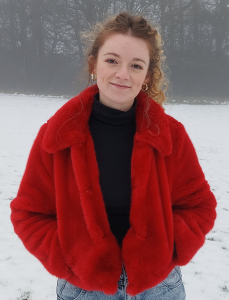 I am absolutely delighted that This Is Not A Love Story has been shortlisted for the RNA’s 2021 Romantic Novel of the Year Award. Being a debut author during these times has been really challenging, so it’s really exciting to see Maggie’s story on the list – and in such brilliant company, too!

Maggie’s story was inspired by my own experience living in the centre of Manchester for a large portion of my twenties. I watched how my friends and I navigated the common feelings of not being enough, and of constant comparison with other, ‘better’ lives on social media. I wondered how an impulsive, chaotic individual would cope with such pressures, and Maggie was born. I think there’s a little bit of Maggie in all of us! 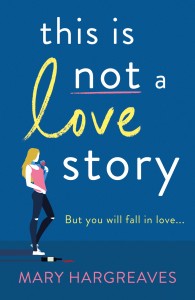 She had six glasses of wine at a work conference, woke up covered in curry and has accidentally ended up living with the boring guy who was supposed to be a one night stand. Something has to change.

Every other twenty-something on Instagram seems to have their sh*t together, so why doesn’t she? And so she makes a list. When she’s ticked off every item, she’ll become Maggie 2.0 – the best version of herself, and the one she wants to be. Won’t she…?

1. Go vegan. It worked for that girl on Twitter.

2. Take up yoga – that woman she hate-follows swears by it

3. Start practising mindfulness – all those people can’t be wrong… 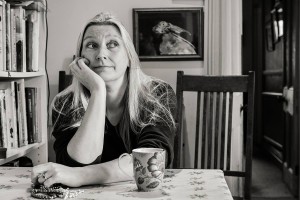 Tickle me pink. I am over the moon and overwhelmed. This is just fabulous.

I own my own bookshop, ten yards from the sea in a Cornish fishing village. It’s the inspiration for my second book but Ariana is based in Norfolk where I grew up. It’s definitely my first love and we all remember our first. 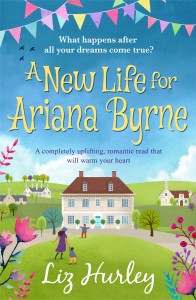 A New Life for Ariana Byrne

What happens after all your dreams come true?

Ariana Byrne knows how to survive. After becoming guardian to her four little sisters after their parents died when she was only eighteen, she had to grow up quickly. Now she’s in her twenties, stuck in a loveless marriage to Greg, trying to make ends meet for her young twins, William and Leo.

So when Ari is told that she’s actually the Right Honourable Lady de Foix, Countess of Hiverton, owner of a sprawling estate in the village of Saxburgh in Norfolk, her first instinct is laughter. Surely the girl who has to choose between food and keeping the lights on isn’t really rich beyond her wildest dreams?

She knows how to take care of her sisters and her children, but how on earth can Ari take care of an entire village? Can she fight off the circling land developers from Saxburgh, and stop her in-laws from grabbing all the money for themselves?

And while she’s struggling to settle in and settle down, she’s making new friends and new mistakes. Trusting her gorgeous neighbour, Sebastian Flint-Hyssop, may be the biggest one of all…

She’s swapped sink estate for country estate…but can a girl from inner city London learn how to become a Lady?

Take a trip to Hiverton Manor for the most uplifting novel of 2020 – guaranteed to put a smile on your face! Fans of Jenny Colgan, Trisha Ashley and Carole Matthews will love this romantic, feel good read. 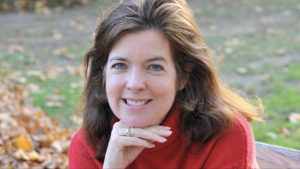 I’m delighted to have been shortlisted for an RNA award, particularly in this year, when we need romance and escapism more than ever. Thank you.

The Authenticity Project was inspired by my own experience. 6 years ago, my life looked perfect from the outside, but the truth was very different. I was horribly addicted to alcohol, and my world was falling apart. I quit drinking and started a blog – Mummy was a Secret Drinker. Sharing my truth in those pages transformed my life, and the lives of thousands of people who read it. This got me thinking: what magic might happen if other people shared their authentic selves? And that led to the idea of Julian’s little green notebook: The Authenticity Project. 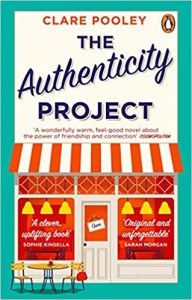 Six strangers with one thing in common: their lives aren’t always what they make them out to be.

What would happen if they told the truth instead?

Julian Jessop is tired of hiding the deep loneliness he feels. So he begins The Authenticity Project– a small green notebook containing the truth about his life.

Leaving the notebook on a table in his friendly neighbourhood café, Julian never expects Monica, the owner, to track him down after finding it. Or that she’ll be inspired to write down her own story.

Little do they realize that such small acts of honesty hold the power to impact all those who discover the notebook and change their lives completely.