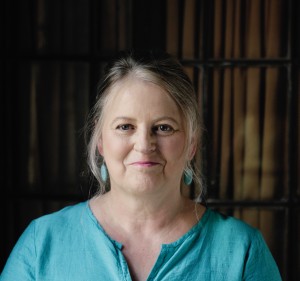 Trisha was brought up in St Helens, Lancashire so her books are usually set there and mention places familiar to her. E.g. The Garden of Forgotten Wishes is set in a rural Lancashire village.

Trisha now lives in Wales (where she lived for many years and once went to Art College in Swansea).

She has thousands of dedicated fans who love Trisha’s unique northern humour.

Trisha is passionate about celebrating northern writers and last year set up the @AuthorsNorthern twitter account with Milly Johnson to promote and connect northern authors which was picked up in the press. 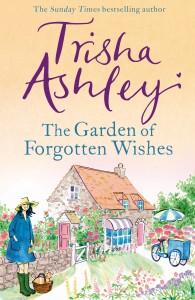 Marnie spent years in an unhappy marriage but now needs a fresh start and somewhere to call home. A new job as a gardener is perfect, although her next-door neighbour Ned has a heart as bruised as her own. Can a summer spent gardening help them recapture their forgotten dreams? 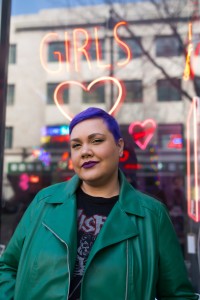 I couldn’t be more thrilled to be shortlisted for the Romantic Novel of the Year Awards. 2020 was a brutal, bruising year so writing this was the most wonderful distraction. I hope it offered the same to everyone who read it, especially as so many of us were unable to celebrate Christmas the way we usually do. I had no idea that would happen when I was writing it, so it really was an honour to give readers a big, bright, snowy Christmas full of love and provide a reminder that we will have that again soon.

Shell is a makeup artist so, as someone who is equally obsessed with makeup and skincare, it was a joy to write. 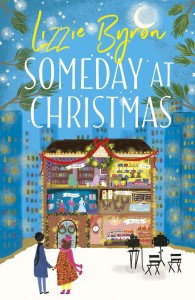 Shell Smith is the most popular make-up artist on the ART counter at Duke & Sons, a beautiful but old-fashioned department store in her hometown. But whilst Shell’s love life is looking up, now that she’s dating long-time crush Nick, and business is booming in the beauty department, the rest of the store is noticeably quiet . . .

The owner’s grandson Callum has come up with some creative ways to keep Duke & Sons afloat this Christmas, including allowing a production company to secretly film a romcom after hours. When Callum recruits her to help out, Shell finds there is more to Mr Duke Jr. than sharp suits and a business-like demeanour.

With a store to save and her own romance with Nick going off-script, Christmas just got complicated for Shell. But this is the most wonderful time of the year, so there must be a happy ending awaiting . . . Right? 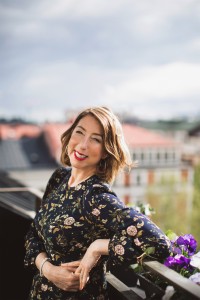 “I’m so delighted and amazed as ever with the brilliant work RNA do, both in recognising romantic fiction and helping new authors” 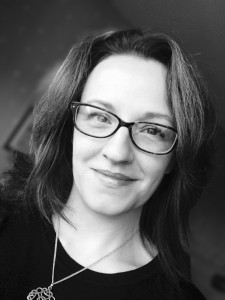 I am so delighted (and extremely surprised!) to be shortlisted for the RNA’s Romantic Comedy Award. It means all the more to know the selection was made by romance fans and dedicated readers of happy ever afters. I am obsessed with the genre and over the years I have learned so much from other authors about crafting stories designed to entertain, uplift and offer a wee bit of escapism and optimism in a turbulent world. I’m grateful to them for showing me how it’s done. I’ll always try to improve and keep my readers happy. Thank you, RNA and everyone involved in the awards process, Love, Kiley, x

The Kelsey Anderson series (in which my heroine leaves her small village in Scotland to become a tour guide in Stratford-upon-Avon) is inspired by my own life-changing working-holiday in the town in 1999. Like my heroine I too fell in love while telling tourists tales of the Bard, but unlike Kelsey I got engaged to my leading man four days after we met! Kelsey’s happy ever after was harder won than mine (it is a romcom after all). My husband and I lived in Shakespeare’s hometown for a decade (where I continued working as a tour guide while studying for an MA in Shakespeare Studies and a PhD) and we’re still together twenty-one years later.

Now I am a creative writing senior lecturer at Manchester Metropolitan University’s Manchester Writing School where I teach courses on writing romance and genre fiction. 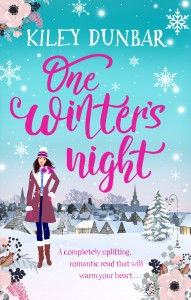 Return to Stratford-upon-Avon for a winter full of adventure, romance and family drama. Kelsey is navigating a long distance love-affair, Mirren’s swearing off men, and Christmas is coming to Shakespeare’s hometown. There’s mystery, new neighbours to meet, a show-stopping theatrical procession, and a missing sapphire ring in this sparkling new romcom from Kiley Dunbar. This sequel to One Summer’s Night can also be read alone. 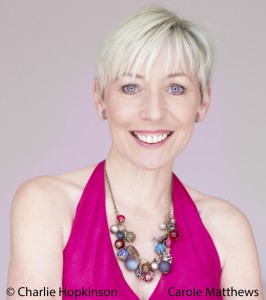 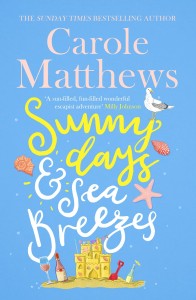 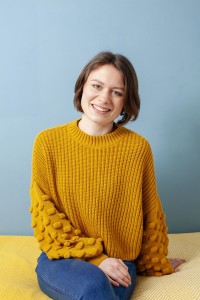 I am completely over the moon to be nominated for this award – it’s a huge honour to be shortlisted in such company.

This novel was inspired by the happy times I used to spend with my grandma in her cute, quirky little village. I initially planned on writing a story about a young woman stepping into her grandmother’s shoes while her grandma was unwell, but when it came to it, I didn’t want to write a poorly grandmother. My maternal grandmother had recently passed away, and the last thing I wanted to do was dwell on the end of her life. I wanted to write a grandma who was full of fire – fierce and funny, like mine was in her prime. I wanted to write a woman who was in her late seventies and only just getting started on her greatest adventure. That’s when I decided to make it a full-on swap, with both the grandmother and granddaughter stepping into one another’s shoes. 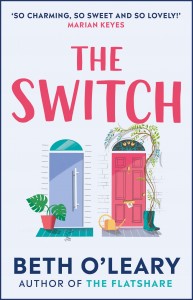 After blowing a big presentation at work, Leena takes a two-month sabbatical and escapes to her grandmother Eileen’s house for some overdue rest. Eileen is newly single and about to turn eighty. She’d like a second chance at love, but her tiny Yorkshire village doesn’t offer many eligible gentlemen . . . A life swap seems the perfect solution.