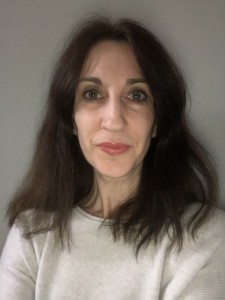 Today, please welcome Jo Lovett, author of ‘The House Swap’, Jo can you tell us what was the inspiration behind your book? Can you tell us a little about it?

The House Swap is a story about two very different people swapping homes. Cassie lives in an island house off the coast of Maine, with alpacas and chickens, colour and very poor Wi-Fi. James lives in a swanky Central London flat overlooking Holland Park with no animals, greige décor and every mod-con. Cassie’s very friendly. James isn’t. Cassie knows her neighbours. James doesn’t. Cassie would really like a family one day; James wouldn’t. They get a lot more involved in each other’s lives than James, at least, ever imagined they would, and they discover quickly that they thoroughly dislike each other… Or do they?

I love the enemies-to-lovers and opposites-attracts tropes, and I felt very lucky to be able to explore a Maine island and Central London with Cassie and James. And who doesn’t love an alpaca?

I have no typical writing day because I have five children and we’ve obviously been in lockdown a lot of the past year, so it’s been difficult to have any kind of routine – I’ve been grabbing writing opportunities wherever they present themselves (like tapping manically into my phone for ten minutes while I’m cooking pasta, or banging away late at night on my laptop…). My ideal writing day would involve doing the school run, going for a run myself, eating a lovely, healthy breakfast and then writing for two or three hours. Not sure anything as calm as that’s going to be happening in our house any time soon on a regular basis (and not just because it’s months since I last went for a run or had a truly healthy breakfast…) – hopefully one day…

I’ve loved writing my whole life – I wrote a lot of bad stories when I was a child, many of them historical and most of the rest heavily influenced by Enid Blyton – but I didn’t start writing fiction as an adult until I was on a career break looking after my young children. I started writing into my phone in snatched spare minutes, and in 2018 decided to enter the Good Housekeeping/ Orion First Novel competition, which required the first 5,000 words of a story and a one-page synopsis. A couple of months later, out of the blue, I got an email telling me that I was a runner-up in the competition and that I’d won a laptop (cue lots of happy dancing!). I decided to finish the book. That’s when I discovered that writing a whole 90,000 word book is hard, but I did finish it and I entered another competition, the Comedy Women in Print Award 2019, and was lucky enough to be shortlisted and get some incredibly useful feedback from the judges.

I then submitted the book to agents and digital first publishers, and, a lot more feedback later, I’d learned that a lot of people loved the story as it was but didn’t think it had a saleable hook, and that a lot of other people thought it had a great hook but that the story didn’t include enough (any) tension. So I had no idea how to edit it. And that book has not been published…

It did however start a conversation with my lovely editor, and in March 2020 I signed a contract with Bookouture to write two rom-coms, ‘The First Time We Met’, which was published in November 2020, and ‘The House Swap’, which is out this month.

I started out by polishing everything I wrote as I went along, which turned out to be a big mistake. Clearly, everyone’s different, but I’ve (finally) learned that for me it works a lot better to write the whole of a first draft and then read the whole thing through (at the speed I’d read someone else’s book) to check whether I feel that the structure and pacing are working, and sort all of that out as well as I can before I start polishing individual paragraphs and sentences. I wish I’d worked this out much sooner than I did!

Read a lot, write a lot and try to get as much feedback as possible from industry professionals via competitions, submission windows, any opportunity you find. And write something you’d love to read.

At the moment I’m editing my third book, which is a Christmas story involving lots of mistletoe.

Jo Lovett’s first novel, ‘The First Time We Met’, was published by Bookouture in November 2020, and her second in April 2021. Her third book will be published in October 2021.

Jo lives in London with her family. She worked in Corporate Tax before taking a longer-than-expected career break to have more-than-expected children. She started writing romantic comedy when she realised that she was regularly begging her oldest son to let her do his English homework but she wasn’t actually that interested in haunted houses or Macbeth.

Jo was runner-up in the Good Housekeeping/ Orion First Novel Competition 2018 and shortlisted for the Comedy Women in Print Award 2019.

When she can escape her laundry mountain, she enjoys reading, tennis and wine. 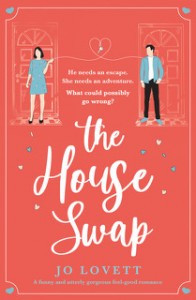 When thirty-somethings Cassie and James find each other on a home swap website, it feels meant to be. City hotshot James needs a bolthole after a relationship goes sour and Cassie needs to leave the comfort of her little island to research her new book.

Except James didn’t imagine he’d be sharing his home with eleven chickens and three alpacas, not to mention the unusually friendly neighbours, who seem to find any excuse to drop by. And Cassie is less than impressed when James’s ex-girlfriend turns up at his door, demanding to know where he’s gone.

The more Cassie and James talk, the more the tension between them mounts. But as the insults fly so do the sparks, and when the time finally comes to swap back, Cassie and James find they aren’t quite ready to give each other up.

But there’s more than just distance between them – and when Cassie makes a surprising discovery, the pair are forced to confront their feelings and decide what kind of life they really want.

An utterly heart-warming love story that will make you laugh and cry, fans of The Flatshare, The Hating Game and movies like The Holiday will fall head over heels for The House Swap.