An interview with Lola Jaye 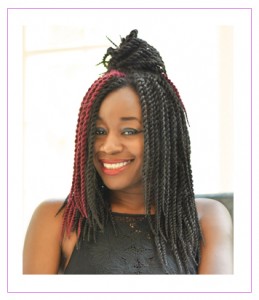 We are delighted to welcome, Author, psychotherapist, writing coach and speaker, Lola Jaye. Lola, how on earth do you find the time to fit all of this in?

There is currently not enough hours in the day to fit in the rewrites of a one hundred-thousand-word novel, therapy sessions, speaking engagements and that insatiable appetite for TV dramas and American reality shows. Then there’s that reading list a mile long (which just keeps getting longer). But I love what I do and as someone wise once said; Do something you love and you never have to work a day in your life.

“By The Time You Read This.” – Reminded me of  Celia A’Hearn’s  “PS. I Love You” I can see this adapted into a film as well. If it was, who could you see playing Lois throughout her life?

That’s a great question. As I wrote that novel just over 10-years ago, the person I had in mind has evolved into multiple people, however the dream would be an unknown child/teen actress who would of course be catapulted into international stardom as a result of this film/series role.  The adult Lois looks a bit like Amandla Stenberg…

You recently started a petition to call on the government to invest into the mental health services, highlighting the devastating psychological effects of Covid-19. You clearly feel passionately about mental health. Where did that passion stem from?

I had ambitions of becoming a writer, ever since I was little – as well as a therapist to the stars! Even at a young age it struck me that not everyone had the best childhood and may need help as adults to navigate their mental health. So studying to become a psychotherapist was a natural step. Therefore now, as a writer and psychotherapist, where there’s a chance to help, I’ll take it, and this petition was a way of highlighting the psychological suffering people have and continue to experience.

As with writing novels, I still get emails about By The Time You Read This… from readers revealing how it helped them with their grief.

This is very humbling.

As a writing coach, what, in your opinion would be vital attributes to become a successful author.

Oh and an abundance of self-belief is definitely needed! Also, try not to focus on the achievements of others, just be in competition with yourself.

If a theme tune was to play every time you entered a room, what would it be and why.

Am I allowed to choose a character  from my upcoming book; The Attic Child? And could the meeting take place just outside a tropical rainforest, beside a huge ship in the 1900’s?  Because I’d really like to talk to Dikembe, the nine-year-old boy who’s so excited to see a ship for the very first time.  I’d like to hold him in my arms and tell him to slow down, stay put. I’d like to say to him; ‘There’s no need to rush, because you are exactly where you need to be right now, in this moment.’

I guess you’re going to have to read the book, to understand what that was about!

What inspired you to write historical fiction?

History has been white-washed for centuries. For example it wasn’t until I reached adulthood that I realised that Black and Asian people fought in World War One and Two or that black people existed in England during Tudor times. Documented history would have us believe that the arrival of the black person started with slavery and/or Empire Windrush. Our stories, deserve and need to be told.

As a child, I didn’t really enjoy history in school, so it may come to a surprise to some that this is what I choose to write. It’s now crystal clear, the reason for my lack of interest was because none of the major players looked like me!

What’s next? What would you like to see change over the next few years?

Currently I’m writing book seven – The Attic Child which will be released in 2022. It’s set in Edwardian times with a black male character as the lead.

The change I’d like to see in the creative industries are an increase in the representation of black people visible not just in books, but also in television and movies- without an emphasis on black trauma. There has to be a balance. So for every show about racism and trauma, how about a one-hour drama about black love, joy and just normal stuff- whatever that looks like!

Lola is an author, registered psychotherapist and speaker who has penned six novels and a self-help book.

She was born and raised in London, England and has lived in Nigeria and the United States. She has a Degree in Psychology and a Masters in Psychotherapy and Counseling. She has contributed to the sequel of the bestseller ‘Lean In’ penned by Facebook COO Sheryl Sandberg and has also written for The Huffington Post, CNN, HuffPost and the BBC

She is currently writing her new novel The Attic Child (Pan Macmillan) to be released in 2022. 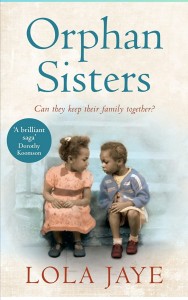 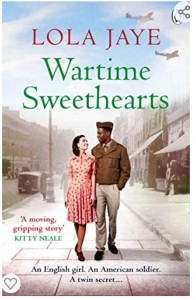