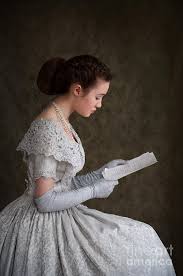 Girl meets boy, girl and boy fall in love and live happily ever after. That’s a love story, isn’t it? Perhaps in real life that’s what we all want. That would be the perfect relationship. But that’s not going to make a love story.

We need problems, misunderstandings, being at loggerheads, conflict and drama every step of the way.

What we need in a love story is girl meets boy, but for whatever reason – and it has to be a good reason, they don’t hit it off. Maybe they instantly hate one another – again for good reason. And even if there is a teeny-weeny spark of desire, neither will admit it even to themselves, let alone to each other.

The truth however, should reveal itself in the protagonist’s thoughts and maybe body language. And even if those thoughts are to condemn the man for having the nerve to walk this planet, the seed will be sewn – maybe even create a case of ‘The lady doth protest too much methinks,’ as The Bard might say.

So regardless of what these two people might say to one another, their innermost thoughts will tell a different story.

Their feelings and emotions will be adding to that story too. If you feel attraction towards someone else, there’s little you can do to stop those feelings. True enough, you might not necessarily take things further, and you can deny the attraction until you’re blue in the face. But that girl fancies the pants of that boy and that’s all there is to it.

So, in a love story, you have these two characters who outwardly and partially inwardly are at war with one another. And battling their own emotions not to give in to that attraction. If it was real life and there was someone who was having a strong impact on your life – but not in an easy, happy way, the obvious thing would be to get him out of your life. Do that and get back to normal – but you’d have no story.

When creating your hero and heroine for a love story, giving them opposing views on a subject, can work well in building that friction between the two. Making both characters passionate about their own opposing beliefs will make the sparks fly. Why not make both ambitious and totally driven by their goal – trouble is, those goals are conflicting. Only one can be achieved.

And while sparks are flying, so emotions are running high. They are being forced into closer proximity. Their paths cross all the while. Something has to give…

We see the reasoning in the character’s thoughts, through the narrative. If it wasn’t for the narrative and the protagonist’s thoughts, then we would have simply a battle of wills and we really would believe that these two characters really don’t like one another. And maybe we don’t like them very much either.

We know how they are feeling inside, however. We see their pain because they have shared those innermost thoughts with us. We really do want them to settle their differences, to admit that they are actually in love with one another.

If they were to finally admit to being in love, but all we’d seen were the confrontations and the arguments, we’d never believe they were in love.  But because we’ve been in on those innermost secret thoughts from the very first moment they met, it’s perfectly believable.

Of course, this isn’t a formula for a love story. There are a million ways that two characters meet and fall in love. But there’s two things. There has to be conflict and we have to know what’s really going on in the protagonist’s mind. 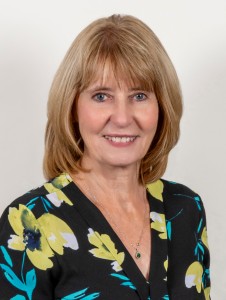 Discover more hints and tips with Ann’s step by step guide on how to Become A Writer available in paperback and digital. https://amzn.to/2un61ju 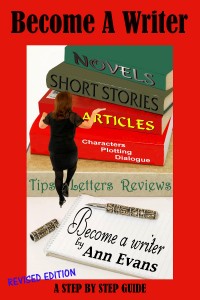