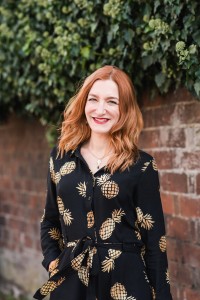 Please welcome Kathleen Whyman, author of Wife Support System. Kathleen what was the inspiration behind your book?

The inspiration for Wife Support System came on a typically frantic day. I was trying to test spellings, get to an after-school club, cook dinner, book a plumber and meet a work deadline. Oh, and complete the simple task of making a gas mask for a school project that was due in the next day. Many of my friends are struggling in the same way and it occurred to me that if we lived together, we could help each other out and life would be much easier. Providing I didn’t ask for help with the gas mask.

I’m not as brave as the three women in my book to do this (although I am often as desperate), but thought it’d make a great story that many women could relate to. It was great fun imagining what issues would occur, both with each other, their children and their husbands.

How long did the book take to write?

If someone had told me it’d take that long from when start to publication, I’d have told them they were being pessimistic and mean. Or I’d have reacted the way I wanted to when lockdown 3 was announced, which was to crawl into bed with a massive bar of chocolate and the entire first series of Bridgerton.

What was your greatest challenge while writing?

I edited like crazy, being ruthless to the point where sometimes the dialogue seemed stilted and the narrative didn’t flow as naturally as I felt it should. Despite all this, I was only able to get down to 150,000 words.

Unsure what to do next (I hadn’t yet discovered the wonderful RNA’s New Writer’s Scheme), I invested in some time with an editor at Cornerstones Literary Agency. I couldn’t afford to get the whole ms critiqued, but paid to get the first four chapters and synopsis read.

The editor, Nicola Doherty, immediately identified what I needed to do to lose the excess 50,000 words – get rid of one of the main characters. This wasn’t dissimilar to being told that you had to lose a family member. It’d feel wrong to get rid of anyone, even the ones that get on your nerves after a few drinks at Christmas.

Nicola was right though. Much as it pained me, it was the only way to reduce the word count. I examined all four characters and worked out which one added the least interest. It turned out to be Jen, who was most like me personality-wise. I was officially too boring to be a book character!

By taking Jen out, I had to rewrite the whole book. Things that happened in Jen’s chapters had a consequence on the story, so her essential storylines had to be given to another character. And she was often in scenes in the other women’s chapters, so they had to be rewritten and Jen’s lines spoken by someone else.

I’m not going to lie, it was a massive ballache (hence the need for so much chocolate) and took a whole year, but I got the book down to 120,000 words, which, although still too long, wasn’t as scarily long as 180,000 words.

Why did you go directly to a publisher, rather than an agent?

As we all know, the RNA is full of warm, encouraging, motivating people. One of these inspirational people is Keshini Naidoo, publishing director and co-founder of Hera Books, who I bumped into in the toilets at the RNA’s winter gala. The glamour!

I’d spoken to Keshini before in my journalism role for Writer’s Forum magazine. She hadn’t realised I was a (hopeful) author and asked to see Wife Support System. I sent it to her the next day and a few weeks later she replied to say that she and her co-founder, Lindsey Rooney, really enjoyed it and would love to publish it!

I have no idea how many times I read that email. Somewhere between three and five thousand. To have my book published was what I’d hoped for and dreamed of for so long. And to be published by Keshini and Lindsey, who I like, admire and respect so much made it even more special.

Yes! I had to do a couple more edits, but with Keshini’s guidance and the knowledge that this time it was to be published – not just in the vain hope that it might be some day – it didn’t have the same soul-destroying impact as it had before. Although I still managed to work my way through a lot of chocolate!

I eventually reached that magical 100,000 goal and Wife Support System came out as an ebook in July 2020 and in paperback and audiobook in March 2021.

I owe a huge thank you to Keshini for believing in me and helping me, and to the RNA for the support of the NWS, all of its members, and for holding the winter gala in a venue with nice toilets!! 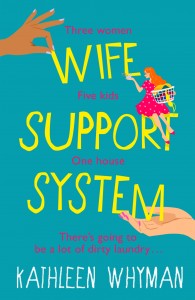 ‘We’ve got the balance all wrong. Instead of living with our partners and struggling to do everything by ourselves, we should live together.’

Erica knows her suggestion sounds extreme, but when her nanny leaves, she’s extremely desperate. Polly and Louise aren’t convinced, but after they move in together, they admit that life’s much easier when the childcare and workload is shared.

However, over time resentment builds, as they judge each other’s parenting styles and bicker over cleaning, cooking and whose turn it is to buy toilet rolls.

Can Erica, Louise and Polly keep their friendships and relationships strong, as one has her head turned by a handsome colleague, one resorts to spying on her husband and one fights to keep a dark secret? Or will their perfect mumtopia fall apart?