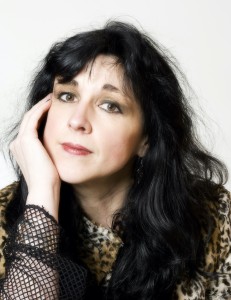 I started managing the RNA’s Instagram page in February for Romance Reading Month and after several weeks posting posts and stories, I’m excited to be launching our monthly Instagram Live series, Romance Now. Since I started my career working in radio, I’m looking forward to being behind a microphone.

I was taught interview techniques on the BBC training course, which I began as a school leaver, moving from Sheffield to London, living in the BBC hostel in Bayswater and attending sessions at Broadcasting House. We learned how to record on uhers, now described as ‘vintage’ reel-to-reel tape machines! The technology may have moved on considerably in the digital age but the lessons I learned have stuck with me; such as always do your research and be prepared! So I’m looking forward to reading lots of books before I chat to authors, editors, agents and booksellers, on Romance Now. I’ll be asking interviewees about their inspiration, writing routine and tips, what are the crucial ingredients of a great romance, what the RNA means to them and much more.

I actually learned lots of useful skills thanks to the BBC.

It sounds old-fashioned and a bit un-PC now, but I was a trainee on the Teeline course, aimed at graduates and A Level students. We were all girls! As well as being taught journalism, how to conduct interviews and record radio programmes we were taught how to touch type and write in teeline shorthand. I’ve not used the shorthand much but touch typing is one of the most useful skills I’ve ever learned. Being able to type fast and accurately with all my fingers while looking at something other than the keyboard comes in handy all the time as a writer.  It’s also a good party trick which impresses youngsters in these days when we all now need to be typists!

I spent twelve years working at Radio 1, in the studios and in the press office, so I got to work with and watch great radio presenters and interviewers in action, including Simon Mayo, John Peel, Steve Wright and Jo Wiley. I also had the opportunity to sit in on interviews when the presenters were being quizzed by journalists from the likes of Q Magazine, NME and Smash Hits.

I quit the BBC to move to the Cotswolds, start a family and write novels and I learned so much from other authors. I read biographies of my favourites, such as Daphne Du Maurier, read Writing Magazine and listened to radio and TV interviews.

I love that social media has enabled us to have much more contact and connection with heroes and fellow writers and I’m excited to be contributing to that connection with Romance Now. I love nothing more than chatting about books and listening to other people chatting about books! I find it endlessly fascinating to hear where people came across their inspiration and ideas and then turned them into a story for other people to enjoy and be inspired by, and to hear from publishing people about how to get these stories out into the world. Adults should never stop learning, especially writers. 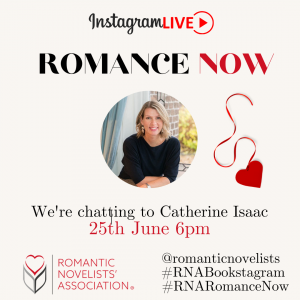 If you want to join in the conversations then please follow us on Instagram at @romanticnovelists if you don’t already. DM to with your questions and log on to instagram on the final Friday of each month at 6pm, or watch later by clicking on the post on our grid to hear what they have to say.

Last but not least, thanks to author Lynne Shelby for coming up with the title, Romance Now and to RNA Press Officer, Annette Hannah for helping to get this off the ground. 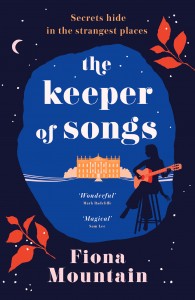 Fiona Mountain‘s five novels have been published around the world. Her debut,’Isabella’ was shortlisted for the Romantic Novel of the Year Award and  ‘Bloodline’, won an Edgar from the Mystery Writers of America. The Keeper of Songs is a modern day Downton Abbey set at Chatsworth House. The story of a missing folk singer and family secrets, it’s published on 2nd July. 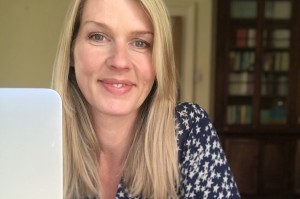 Catherine Isaac is the author of 12 best-selling novels, nine of which were written under the pseudonym Jane Costello. ‘You Me Everything’ was her first book writing as Catherine Isaac and was published in 2018. It was selected by the Richard & Judy Book Club, has been translated into 25 languages and a movie adaptation is in development. 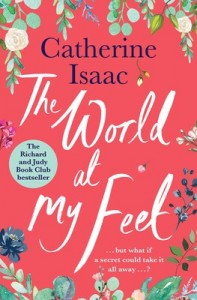 ‘The World At My Feet’ was published in March 2021. Catherine lives in Liverpool with her husband Mark and three sons.