Deborah Carr- An Island at War 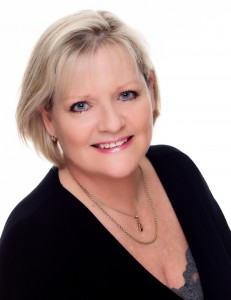 I understand that you were once a member of the New Writer’s Scheme.

Yes. I’ve been a member of the RNA since I joined the New Writers’ Scheme in 2006 (I believe). I found the NWS invaluable and I think three of my books went through the scheme, all of which found publishers afterwards. I’ve met many friends through the RNA and didn’t realise how many until I attended my first HarperCollins annual summer party a few years ago and caught up with a lot of them. I was lucky enough for one of my Georgina Troy books (I write contemporary romance series as Georgina Troy and historical novels in my own name, Deborah Carr) to be a finalist in the Romantic Novel of the Year Awards 2016 Contemporary Romance Award. I didn’t win but I was very honoured to be a finalist.

That’s fantastic, Deborah. What was the inspiration behind your book? Can you tell us a little about it?

An Island at War is set on the island of Jersey, where I live, during the Jersey Occupation when the island, and the rest of the Channel Islands were invaded by the Nazi forces in the summer of 1940 until 1945. The Channel Islands were the only British soil to be invaded by enemy forces during the Second World War and I’ve grown up hearing stories from the Occupation and seeing the visual reminders every day by way of concrete bunkers and part of Hitler’s Atlantic Wall which stretches across St Ouen’s Bay where I walk my dogs each day.

I wanted to tell the story of two sisters separated by the war when the youngest one is evacuated, like my father and late mother-in-law, and the eldest has to stay behind on the island to help run the small family farm while forgoing her dream to become a dress designer. I was lucky to be given permission courtesy of Jersey Heritage for a copy of my great-grandmother’s Occupation Identity Card to be used in the back of An Island at War and One More Chapter have also included photos of a family telegram, ID card and one of my late mother-in-law’s dress designs.

I spend the morning catching up with emails, social media and any research I want to check. When I’m working on a first draft I find I write best in the afternoon and evening, so start writing just after lunch and continue until it’s time to eat supper. Thankfully my husband loves cooking, so calls for me when supper is ready. Before finishing each day, I write a couple of lines in my draft about what happens next so it’s easier for me to pick from where I left off the next day. If I’m editing I usually don’t do much social media and just focus on trying to get my edits right.

The hardest part for me was the fear of not getting right the sense of how it truly felt to live on the island back then and somehow letting those down who had lived through that dark period. The Occupation might have ended seventy-six years ago but we still celebrate Liberation Day every May 9th and for some it’s still very much alive in their memory.

A lot of reading, talking to family friends who experienced the Occupation, and looking through my late mother-in-law’s keepsakes from that time (two large suitcases worth) like her dress designs, telegrams, newspaper cuttings, etc.

The most exciting thing was discovering the copy of my great-grandmother’s Occupation Identity Card in the Jersey Archives and then realising that she had lied about her maiden name and place of birth for some reason. She was born in Edinburgh, so was not from here but said she was born in India, which is where her daughter, my grandmother, was in fact born.

I’m almost finished writing the first draft of the first book in a new Georgina Troy contemporary romance series and about to start writing my sixth book for One More Chapter. I can’t share anything much about it yet, but it’s set during two timelines and I can’t wait to start writing.

Thank you for joining us today, Deborah. Your book sounds fantastic!

Described as ‘One to watch’ by Good Housekeeping Magazine, her latest novel is An Island at War, which was inspired by real life stories from the author’s own family who were both on the island of Jersey during the occupation and in London during; the Blitz.

Her Mrs Boots series is inspired by Florence Boot, the philanthropic daughter of a Jersey bookseller and wife of Jesse Boot, and woman behind the Boots empire.

Deborah is one third of The Blonde Plotters writing group and lives on the island of Jersey, in the Channel Islands with her husband and three rescue dogs. 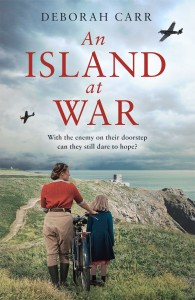 A moving historical novel inspired by the German occupation of the Channel Islands during WW2. This is a story of courage, resilience and everyday acts of defiance from ordinary people forced to live in an extraordinary time.

While her little sister Rosie is sent to the UK to keep her safe from the invading German army, Estelle Le Maistre is left behind on Jersey to help her grandmother run the family farm. When the Germans occupy the island, everything changes and Estelle and the islanders must face the reality of life under Nazi rule.

Interspersed with diary entries from Rosie back on the mainland, the novel is also inspired by real life stories from the author’s own family who were both on the island during the occupation and in London during the Blitz and is a true testament to the courage and bravery of the islanders.

Buy An Island at War: mybook.to/AnIslandatWarEB

Deborah was talking to Karen King. Karen is a multi-published bestselling author of fiction for both adults and children. She has also written several short stories for women’s magazines.
Currently published by Bookouture and Headline. Karen writes about the light and dark of relationships. Her debut psychological thriller, The Stranger in my Bed, was published by Bookouture in November 2020 and her second one, The Perfect Stepmother, was published in June 2021. She is also contracted to write three romance novels for Headline, the first one, One Summer in Cornwall, was published on 29 April 2021 and the second one, The Best Christmas Ever, will be published in October 2021.