Juliet Greenwood – The Girl with the Silver Clasp

A warm welcome to the blog today to Juliet Greenwood who is with us to talk about her latest book, The Girl with the Silver Clasp. Juliet, can you tell us about it? 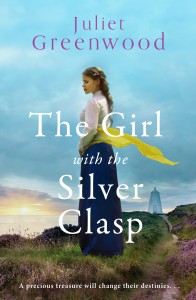 I loved writing ‘The Girl with the Silver Clasp’, my second book for Orion. It follows passionate jewellery-maker Jess, who has to overcome numerous obstacles to fulfil her ambition of becoming a renowned silversmith in 1920s Cornwall, when women still weren’t expected to follow a profession, let alone become successful entrepreneurs and leaders in their field.

The story is mainly set in a traditional harbour community just outside St Ives, whose fate is bound up with that of the once grand, now fading, mansion that overlooks the tiny harbour. As Jess finds – particularly when she goes to London to brave the new Oxford Street emporiums – it’s a world that is rapidly changing, with old assumptions being swept away, along with ancient ways of life. I find this period fascinating, as it’s a time when women, fresh from the freedoms and abilities they discovered during the horrors of the First World War, began to forge lives for themselves that were no longer based on the assumption of simply fading into the background.

I have always wanted to write a heroine who was a metal worker. This is partly because I was brought up on stories of my great-grandmother, who worked as a nail-maker in the industrial Black Country, but also because I now live in a small traditional village, where, if you look closely, there are jewellery-makers and craftswomen quietly perfecting their art and making – and selling – the most exquisite objects. Some, like my great-grandmother, ply their trade in a tiny workshop in the garden, and others from a kitchen table until they are sufficiently established to risk creating their own workshop.

During my research for ‘The Girl with the Silver Clasp’ I found that, like today, many women in the 1920s set up businesses to have control over their work, not to mention often being paid far less and having to work twice as hard as their male counterparts. That’s something my great-grandmother would have definitely understood, as if she sold her nails herself she would have been offered half the price than if the family pretended it was her husband who had made them. It was, of course, a piece of discrimination that was particularly hard on single women and widows, who didn’t have the choice.

Silversmith Jess is canny enough to know that if she is to have any chance of succeeding, she will have to find her niche and be able to prove herself to be better than anyone else, so that she can eventually afford to move on from a borrowed workbench to a workshop of her own. I loved following her progress as she battles towards her dream, with the help of the no-nonsense female blacksmith in the harbour and the daughter of the once-grand mansion, now banishing her own demons by trying to save the harbour from destruction. From the start, I was determined Jess would find her way to free herself from the constraints that left my great-grandmother unable to use her metalworking skills to produce anything more than poorly-paid nails, and win the chance to work for society brides and glamourous 1920s Hollywood stars.

I have a feeling that my great-grandmother, who did everything in her power to make sure her children and grandchildren would have more opportunities in life, would have approved. 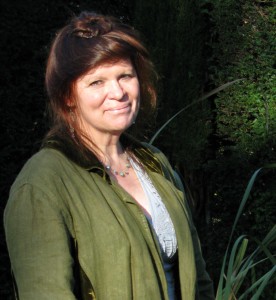 Juliet Greenwood is a historical novelist published by Orion. She has always been a bookworm and a storyteller, writing her first novel (a sweeping historical epic) at the age of ten. Juliet is fascinated both by her Celtic heritage and the history of the women in her family. She now lives in a traditional cottage in Snowdonia, North Wales, set between the mountains and the sea, with an overgrown garden (good for insects!) and a surprisingly successful grapevine. She is currently working on her next no

Purchase The Girl with the Silver Clasp here

Where to keep up with Juliet:

Victoria was talking to Ruby Moone