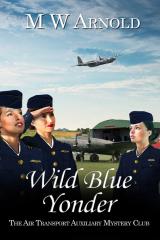 Air Transport Auxiliary pilot Doris Winter is accused of stealing a valuable item from a famous Hollywood movie star, now a captain in the US Army Air Corps, after a dance at the air base in England where he’s stationed. Gathering her close friends together, she’s determined to clear her name. 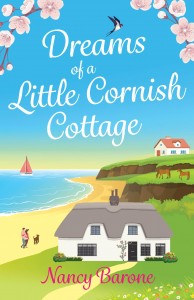 Freshly divorced Natalia Amore is gearing up to sell the old family home to buy the harbourside cottage of her dreams. And possibly getting to know her temporary lodger, a handsome Irishman, a little better. But when her boomerang kids, nieces and mother move in with their physical and emotional baggage, will Nat’s dreams of a Big Love in a Little Cottage fall apart? 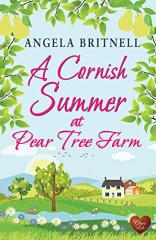 Cornish charm and a Tennessee twist – the perfect pair?
Nessa Vivian is determined to keep her parents’ business afloat, but the camp site is struggling to survive and when ex-musician Ward Spencer from Tennessee moves in nearby could his plans to put Tregereth House on the map mean the end for Pear Tree Farm? – or does his arrival signal a second lease of life, and not just for Nessa’s business?

Annie Burrows: A Scandal at Midnight 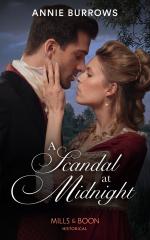 After a disastrous first Season, Lady Daisy Patterdale is relieved to be back home with her books. Looking for peace, she rows out to the island on the lake where she encounters Captain Lord Benjamin Bramhall – who’s been tricked and left there with no clothes! It’s a scandalous encounter, which rushes them straight to the altar… But, despite her unwillingness to wed, Daisy’s drawn to charismatic Benjamin. If only he felt more for her than duty… 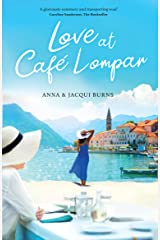 Grace believed she had the ideal marriage, but after Dan dies, she finds proof he had another family overseas. Kat can’t admit that her father was less than perfect. Together, they go to Montenegro to find out the truth.

Two very different women arrive in Cornwall, one in the present day and the other in the Poldark era. Will either of them overcome their loneliness to find a place where they belong? 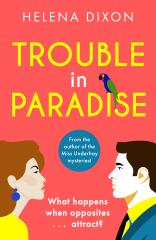 Clodagh Martin’s beloved animal sanctuary faces financial ruin, her celebrity sister has arrived for an extended visit, and her foul-mouthed parrot Dave is, well, foul-mouthed. But when Jack Thatcher shows an interest in the animal sanctuary, and Clodagh, there really is trouble in paradise… 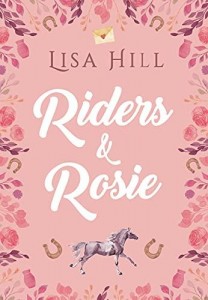 Rosie Fields’s mother dies, leaving Rosie lost, lonely and orphaned, but a Google search and a letter divulge the truth about what really happened to Rosie’s father. When a job becomes available working near his estate, it seems like the perfect solution. Until Rosie finds she is not the only one keeping secrets in the Fields household… 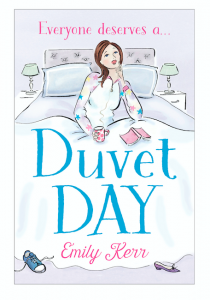 Young lawyer Alexa Humphries has had enough. Worn down by the endless demands of her suspicious boss and her competitive, high-flying housemate and fellow lawyer, Zara, Alexa barely recognises herself anymore. But today is different. Today, Alexa just cannot get out of bed to face the world. Everyone deserves a duvet day, don’t they? 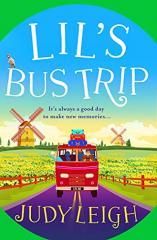 When 82-year-old Lil decides to book herself, her 65-year-old daughter, Cassie, and her friend Maggie on a bus trip across Europe, she hopes for a little adventure. Lil makes an unexpected discovery – even in her advancing years, men are like buses – there isn’t one for ages then two come along at once. But is it just too late to change… 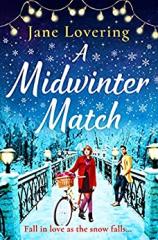 Ruby really needs to keep her job, but happy-go-lucky Jake wants it too. The snow of a York winter sees them competing, but as midwinter approaches, can they find common ground and a way out of their problems together? 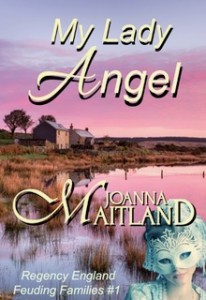 Book 1 of Feuding Families Series. Passion and Strife in Regency England. Can a noble widow and a mysterious stranger find love while a family feud threatens to ruin her? 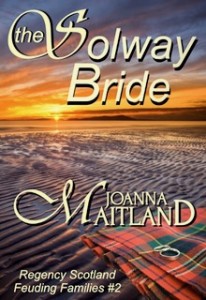 Book 2 of Feuding Families Series. Passion and Abduction in the Scottish Borders A runaway bride rescued by a lovelorn soldier. Is Gretna Green the answer?

Owen Jones ticked the wrong box on their divorce papers and Zara Lennox discovered, to her horror, they are still married. Owen visits the island of Xena to sort it out and immediately, strange things happen.

Sue Moorcroft: A Home in the Sun 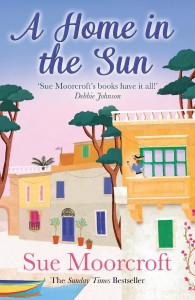 A Home in the Sun is a re-release of Sue’s very first book, Uphill All the Way. Sue has given the manuscript a good wash-and-brush-up and Avon has given it a lovely new title and cover. Judith loses her younger lover and her life in Malta but gains a job as a photographer’s assistant to her old crush in the UK. 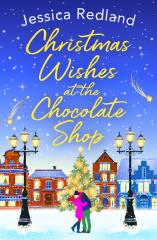 When master chocolatier, Charlee, takes a leap, moving to the picturesque seaside town of Whitsborough Bay, she is determined to follow in her grandfather’s footsteps and set up a chocolate shop. Luckily, she finds the perfect location for Charlee’s Chocolates on beautiful Castle Street… Now she has to refurbish it in time for Christmas! With a useless boyfriend and  DIY disasters, Charlee doesn’t know if she’ll make it in time. Sometimes you need a little Christmas magic to make your wishes come true. 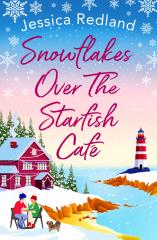 Hollie strives to keep her mother’s traditions and warm-hearted spirit alive at The Starfish Café, broken-hearted, she grieves the loss of her family. Jake lives by two rules: don’t let anyone get close and don’t talk about what happened. Little do they know that a chance meeting at the café, facilitated by a fluffy lost dog, is about to turn their worlds upside down. Will they take the chance to love again? With courage, nothing is impossible… 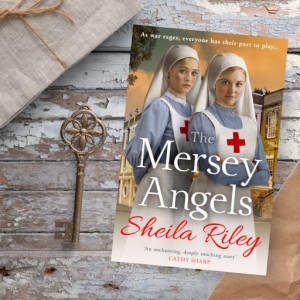 Ruby Swift opened her ancestral home, Ashland Hall, as an auxiliary hospital for returning heroes from The Front. One young soldier, nursed by Anna Cassidy, reveals a heartbreaking, long-held secret that will change Anna’s life forever. 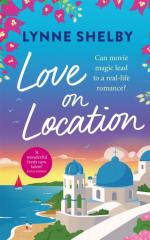 When up-and-coming screenwriter Laurel Martin is hired to rewrite the script for a new timeslip movie, her historical advisor, Professor Jason Harding has his own ideas about the script. On an idyllic Greek island location, their relationship starts to echo the romance of their screenplay. Can movie magic lead to a real-life love story?

Elaine Spires: A Village in the Country 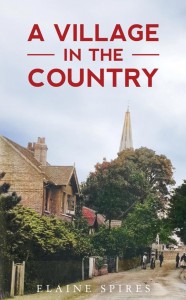 Historical saga/romance
Self-published
Kindle and paperback
Out on 18th August 2021
It’s 1918 and World War I is finally over. The village of Dagenham prepares to settle back into postwar peace and women like Maisie Brightwell dream of a better future. But the Dagenham countryside has been earmarked for Homes for Heroes and the village soon finds itself swallowed up by the country’s biggest council estate.

Victoria Springfield: A Farmhouse in Tuscany 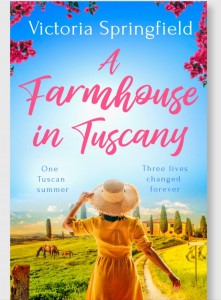 Donna runs the Bella Vista riding centre from her rambling farmhouse in Italy, taking in guests who enjoy the rolling Tuscan hills, home-grown vegetables and delicious pasta. It’s been a decade since her husband Giovanni walked out, convinced she was having an affair. When the truth finally comes to light, can everything return to the way it was – or is it too late to start over? 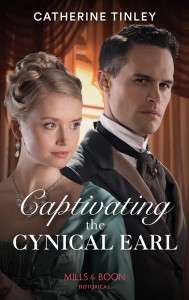 For Jack Beresford, Earl of Hawkenden, emotional entanglements are the path to pain. But when his brother brings his new wife and her best friend to his country home, everything changes. Lady Cecily Thornhill is both vibrant and beautiful, and Jack finds himself increasingly captivated by her sunny nature. Yet he must resist her charms, for in a month she’ll be gone, unless his frozen heart thaws before then…

Tattoo artist, Lizzie, is devastated by the death of her estranged parents and decides to visit the village of Leafton and the cottage she never knew existed. She’s determined to learn more about their past and hopefully uncover the reason they cut her off. However, the tight-lipped community has secrets of its own and is no help, until she meets her handsome new neighbour, Ben. 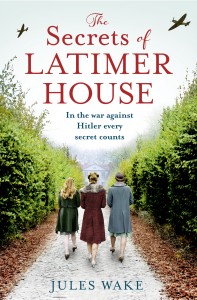 Tucked away in the Buckinghamshire countryside, Latimer House, a grand country estate, is witness to some of the greatest secrets of WW2. When they are billeted together in the attic of the house, three very different women – Evelyn, Betty, and Judith soon form a bond of friendship that will carry them through some of their darkest days. Because nothing is stronger than women united. 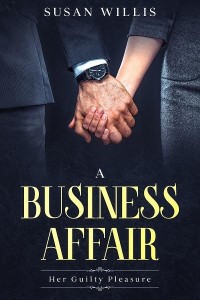 Helen is thirty-nine and her marriage is over. With the big 40 rapidly approaching, Helen decides to leave her frumpy image behind and have a complete make-over. It’s time to live life in the moment. Enter, Richard, the new commercial manager who arrives at her office. She is immediately attracted to him but there’s only one problem, he is married. Will Helen become the other woman? And is Richard her guilty pleasure?

Kitty Wilson: Every Day In December. 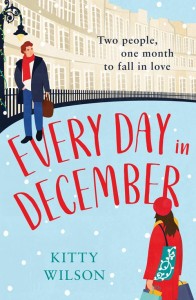 Belle Wilde loves December, even though she has just lost her job. Rory Walters hates December, still reeling from Christmas five years ago when his life was turned upside down. As midnight on December 31st approaches, their time together is coming to an end…unless a little sparkle of Christmas magic can change both their lives forever. 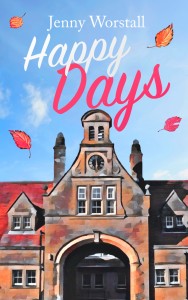 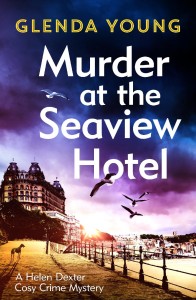 Set in Scarborough, Yorkshire. Stars 12 Elvis impersonators, called Twelvis! When one is murdered and his blue suede shoes are stolen, hotel landlady Helen Dexter and her rescue greyhound Suki are on the case to solve the crime. 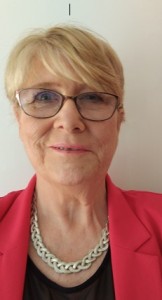 Sheila Riley brings you a wonderful selection of New Releases every month.

Published by Boldwood Books, Sheila’s latest release, The Mersey Angels, is out on 10th August. A member of the R.N.A since 2003, she is also a member of the Society of Authors, The Liverpool History Society, and is represented by Felicity Trew/Caroline Sheldon Literary Agency.