We are delighted to welcome Jenny Kane to the blog today to talk about her latest release, Spring Blossoms at Mill Glance. Jenny, could you tell us a little more about it? 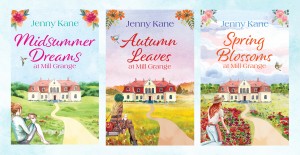 Applying for – and getting – a job as restoration manager at Mill Grange on Exmoor – Thea is tasked with having the house open to the public in just a few moths time. This job isn’t one she has to face alone- for old friend from university, Tina Martin is there to help – but so are a group of long term volunteers led by the formidable Mabel Hastings; a woman who has very firm ideas on how the restoration should take place.

What was the inspiration behind your latest book?

The inspiration behind the series was a beautiful Victorian manor house on Exmoor, called Northmoor. I first visited the house as part of a hunt for the perfect location from which to run a writing retreat for my creative writing students. As soon as my business partner, Alison Knight, and I drove up to Northmoor’s front door, we knew our search was over.

A Victorian manor house, built in 1856 by John Arthur Locke, a lead manufacturer from Newcastle upon Tyne, Northmoor sits at the top of a hill, lording it over an impressive garden, an additional walled garden and a fairytale style wood, that leads down to the River Barle and on to the prehistoric clapper bridge at Tarr Steps.

With its original wallpaper, a myriad of eclectic artwork and a mishmash of furniture from all historical periods, the fourteen bedroomed house simply exudes happiness.  I realise this sounds rather airy-fairy – and yet it’s true. There is a sense of contentment about the place which made it the perfect setting for the story that leapt into my head within an hour of being there. But what – I wondered – would happen if that sense of contentment was in danger of being taken away?

And so, the premise for Midsummer Dreams at Mill Grange was born – on a picnic table outside of Northmoor House’s kitchen – before being scribbled into a notebook at top speed.

Each of the Mill Grange novels took approximately four months to write, and then another two months to rewrite and edit.

I tend to power through my first draft of a novel, before doing a line by line rewrite, followed by four separate edits. After that, I send the draft off to my agent, who does an extra check before the manuscript flies off to my publisher (Aria).

The four edits I do are specific checks for word repetition (I’m a horror for overusing certain words), making sure the structure is solid, a further line by line tweak, and then a final spelling and grammar check.

My day is very structured. I start at 7 a.m. with a run through my emails. Then, I head towards by cafe corner in town (I’m lucky enough to have a desk reserved for me in my local Costa), and write a chapter or two of my latest novel there from 8 a.m. until 11.30a.m.

From 11.45 a.m. until 2p.m. (after a quick walk) I work on my current script project. (I write historical audio dramas for the original cast of ITV’s 1980’s series Robin of Sherwood, as Jennifer Ash.)

At 2 p.m. I take a break, and walk home to take up residence in my garden shed where, from 2.45- 4.45p.m.  I work on my developing my workshops and mark any student work that has arrived in my inbox. After that, I work on anything urgent until I stop for the day around 7 p.m.

I was 33 when the need to write overtook me. I didn’t see it coming. Unlike so many of my peers, I had no childhood dreams of becoming an author. I always wanted to be an archaeologist – or the world’s leading expert on Robin Hood!

As it turned out, I did become an archaeologist and I completed a PhD on medieval criminology; becoming pretty knowledgeable about medieval outlaws in the process– but it wasn’t until I was sat in a cafe in Scotland after dropping my youngest child to school for the very first time, that a story idea came into my head. I don’t know where the idea came from, or why it arrived in my head when it did – but I simply burnt to write it down.

If the aforementioned short story hadn’t been taken by a publisher, I doubt I’d ever have written anything again. At the time, it simply felt like an itch that needed scratching. I was writing for the joy of putting an idea in my head into words. I only sent it to a publisher because a friend persuaded me to do so- otherwise I think those serviettes would have sat in my handbag until the day I finally got round to throwing them away. It never occurred to me I’d hear anything back, let alone have my work taken.

At this point I had no plans to write a novel. It was just too daunting a prospect. I’d had forty short stories published before I allowed myself to even consider a longer work, and when I did take the plunge, I cheated and wrote a novella called The Collector (as Kay Jaybee), which was really a series of short stories all linked together by the narration of ‘the collector’ herself.

Since then, I’ve been lucky enough to find an agent and have written twelve more novels as Jenny, as well as branching out further into historical crime novels and scripts as Jennifer Ash.

It’s been an amazing journey so far, but I never take my good fortune for granted. I know it could go all go away as quickly as it arrived!

I would love to be able to tell you about the new novel series I’m working on for Aria – but I’m sworn to secrecy! I can say it’s a set of romance/romcoms set in the Devon/Somerset region of the UK, and the first novel in this new series will be published in November 2022.

Aside from that, I am excitedly waiting the release of a new audio drama I’ve written as Jennifer Ash – as well as a Robin of Sherwood annual for those diehard Robin Hood fans!

Thank you so much for joining us today. 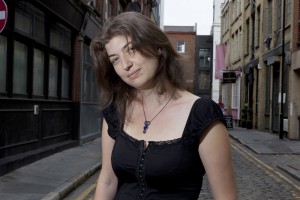 The Waterford Boy, Mathilda’s Legacy, The Baron’s Daughter, The Meeting Place and Fitzwarren’s Well were released by Spiteful Puppet in 2017/2018/2019/2020.

Jenny Kane is the writer in residence for Tiverton Costa in Devon. She also co-runs the creative writing business, Imagine. Jenny teaches a wide range of creative writing workshops including her popular ‘Novel in a Year’ course. (www.imaginecreativewriting.co.uk)

Where to keep up with Jenny:

All of Jennifer Ash’s and Jenny Kane’s news can be found at www.jennykane.co.uk

Where to find Jenny’s books:

Jenny was talking to Ruby Moone.