Every year, the RNA presents the Joan Hessayon Award for New Writers to an author whose debut novel has been released after receiving a critique through the RNA’s New Writers’ Scheme.

This year’s award will be presented in York on September 18th, so in the run up to the big day we’re shining a spotlight on some of this year’s brilliant debut novels in the running for the award. Here’s the third (and final!) group of contenders. 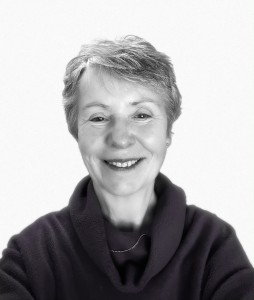 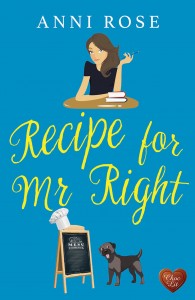 Ruby Brooks is a little sceptical when her horoscope says she’s going to have a fabulous year – especially when she loses a boyfriend and a job in quick succession. Plus, a rogue kitchen fitter has run off and taken everything, including the kitchen sink!

So, Ruby takes luck and fate into her own hands with an unusual resolution – she’ll enter ten competitions a day, whether they’re for her dream Japanese holiday or a year’s supply of dog food (she doesn’t have a dog), and win her way to happiness.

But when a Valentine’s Day prize from a local restaurant results in chef Adam Finder (and his dog, Brutus) appearing in her life, is that luck or fate? And will Ruby ultimately find out that true happiness doesn’t need to be won?

Anni Rose said, “I am absolutely thrilled to have graduated from the New Writers’ Scheme and be a contender for this year’s Joan Hessayon Award. It’s a huge achievement for anyone to secure a publishing contract, but for all budding writers it really is their dream goal. I am beyond delighted that Choc Lit Publishing were prepared to take a chance on me and publish my book this year. I really am living the dream. Congratulations and good luck to everyone on the list.” 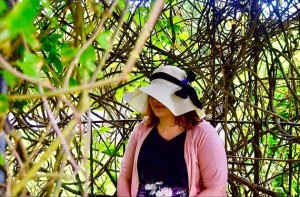 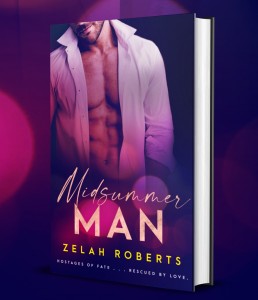 Fiercely independent author Holly Mason meets billionaire Mac Sinclair, and immediately knows he means trouble. But when danger threatens, she is forced to shelter with him on the beautiful Isles of Scilly. Can they overcome the traumas of the past and the dangers of the present to find happiness together?

Midsummer Man opens with a spectacular summer charity ball at beautiful Renwick Castle. This scene was inspired by the annual ‘Little Angels’ ball held at Lumley Castle, a gorgeous fourteenth century castle overlooking the River Wear in County Durham. This magical event, supported by the castle, features a charity auction, a beautiful meal, and dancing into the wee small hours, and raises much-needed funds for the wonderful hope4kidz charity.

Much of the book is set on the Isles of Scilly. As a teenager, Zelah spent a sparklingly happy summer working on these glorious sub-tropical islands. She enjoyed many happy days exploring Star Castle, Tresco Abbey Gardens, and the Valhalla Museum; eating cream teas at Juliet’s Garden; and taking boat trips to the Bishop Rock lighthouse to see the seals and puffins. She was thrilled to return to the islands, in her imagination at least, during lockdown as she wrote Midsummer Man.

Zelah said, “I am delighted that my debut novel has been entered for this prestigious award. Midsummer Man would not exist were it not for the RNA and the help of the phenomenal New Writers’ Scheme. I am hugely grateful to my wonderful NWS reader and to the many members of the RNA who have been so generous with their help, support, and friendship.” 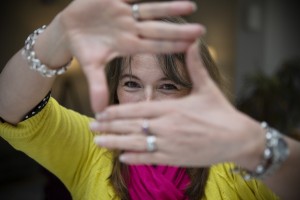 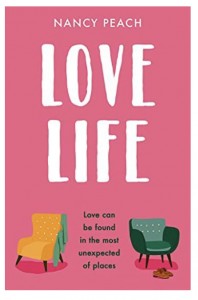 Palliative care doctor Tess Carter is no starry-eyed heroine. After all, if your dad left without a backward glance and you found your last boyfriend in bed with another guy, you wouldn’t believe in romance either. And the voices in Tess’s head – you know, the ones that tell you you’re not good enough, not pretty enough, not clever enough – well, these voices are very loud. Very loud indeed. Especially when the disagreeable son of one of her patients starts challenging her every decision.

Edward Russell might have a big job and a posh voice, but Tess is determined not to let him get to her, especially if she can get her inner monologue to stop with the endless self-sabotage. And Edward, it turns out, may be less of a prat than he first appears.

In the real world, where gentlemanlike manners and out-of-the-blue declarations of love are a story-book fantasy, it’s up to Tess to decide whose voice to listen to . . . and how to make her own heard.

Dr Nancy Peach’s novel Love Life is set in a hospice, which is fairly unusual for a rom-com. As an NHS doctor, Nancy has worked with many patients over the years who are terminally ill, and she wanted to normalise discussions about the end of life.

Nancy said, “It’s an honour to be a contender for the Joan Hessayon Award and I am thrilled that Love Life has made it through the New Writers’ Scheme. The encouragement and support I’ve received from the RNA at every stage of the writing process has been invaluable and I am so proud to now be a fully-fledged member of such a brilliant organisation.”

Good luck to all the award contenders. You can find out who wins by following us on Twitter Saturday afternoon, and check out our posts about the first and second set of contenders.