This month, we’re shining a spotlight on the 2021 RNA Industry Award nominees. Agent of the Year recognises the literary agent who has striven to support, mentor, nurture, and promote their authors’ careers, the genre in general, and the RNA in particular. 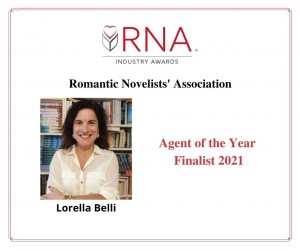 Lorella Belli
Lorella Belli has worked in publishing since 1996, for publishers as well as literary agencies. In 2002 she set up LBLA Ltd, the UK-based literary management agency with a fabulously broad international reach. She represents bestselling, award-winning, self-published and debut authors of fiction and non-fiction, and publishing clients worldwide. Many of her successful authors proudly write romance and fiction primarily aimed at women, including Nicola May, Holly Martin, Carol Mason, Nancy Barone, Kirsty Moseley / Josie Williams, Ana Johns, Sophie Jackson, and Lisa Hobman. The agency’s 20 year anniversary is in 2022, and they will be celebrating their much-loved authors and wonderful publishing colleagues from the UK and all over the world with a big party at the 2022 London Book Fair.
Facebook: Lorella Belli Literary Agency
Twitter: @lblaUK 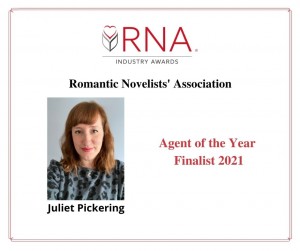 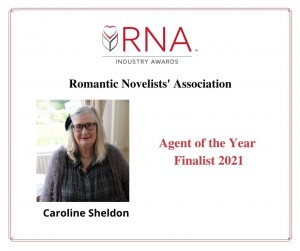 Caroline Sheldon
Caroline Sheldon has been an enthusiastic member of the RNA for nearly 50 years. In her career in the literary world, she has been lucky enough to work in two fields – woman’s fiction and children’s books – both of which have offered her great scope, fun and enjoyment. She first joined the RNA when she was an editor at Arrow Books and published authors in the field who included Marie Joseph and Emma Blair. In 1985 she set up her eponymous literary agency and has had the great pleasure of representing many wonderful authors in the broad field of romance – among them Rita Bradshaw, Donna Baker, Donna Douglas, Elaine Everest, Katie Flynn, Fiona Gibson, Pamela Hartshorne, Nicky Pellegrino, Heidi Stephens. Dee Williams and Glenda Young. It is a field she adores and she thinks the RNA is a fantastic professional organisation, in particular for the work it has done for many years through its New Writers’ Scheme – a professional mentoring organisation before mentoring had been invented. She served on the committee as a professional member for a number of years and she is proud to be an Honorary Life Member.
Twitter: @CarolineAgent 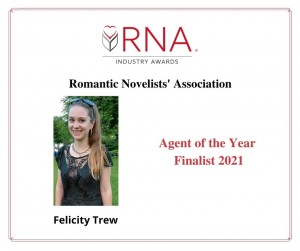 Felicity Trew
Felicity Trew joined the Caroline Sheldon Literary Agency in 2012 where she began her career in publishing and became an agent in 2015. Since then, Felicity has energetically been building up a list of highly talented authors for both adult and children’s books as well as representing a stellar roster of award-winning illustrators. Clients she already represents include saga authors Libby Ashworth and Sheila Riley as well as heart-warming, thought-provoking, hilarious and historical women’s commercial fiction authors such as Kirsten Hesketh, Kerry Barrett, the inaugural winner of the Comedy Women in Print prize, Kirsty Eyre, Emma Jackson and Joan Hessayon Award winner Brigid Coady. Felicity also represents this year’s winner of the CILIP Carnegie Shadowers’ Choice Award, Manjeet Mann, CLPE Award-winning poet, author and performer, Joseph Coelho, and Katz Cowley, the illustrator of the international number one bestseller The Wonky Donkey – to name just a few on her children’s list. Felicity was one of The Bookseller’s Rising Stars of 2016.
Twitter: @felicitytrew