This month, we’re shining a spotlight on the 2021 RNA Industry Award nominees. Named Cover Designer of the Year recognises the designer of novels published independently or traditionally, whose covers capture the spirit and heart of the genre. 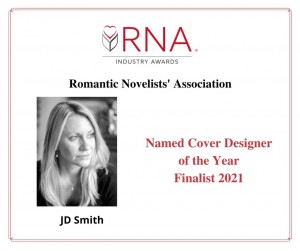 JD Smith
To the world of all things design and literary, she is JD Smith. To those who know her personally, she’s Jane who goes on epic mountain adventures in her free time. First and foremost a graphic designer, she has worked in the industry since she was seventeen. She loves books, too, both the physical and the words contained within and has written several historical fiction novels and a book on cover design. She says she’d like to think it was no surprise that she ended up immersing herself in the world of book design rather than marketing materials for corporate companies, but in many ways it was. She works for traditional publishers of all sizes, independent presses, and authors going it alone.
Facebook: JD Smith Design
Twitter: @jdsmith_design 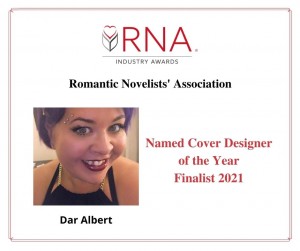 Dar Albert
Dar has been dabbling in the creative arts since the age of fourteen when she sold her first painting. She has dedicated her life to her passion for design, color theory, art history, and the challenging and ever-changing world of typography. Her book covers have won national and international awards, and have helped to catapult many titles to Amazon top ten lists, USA Today bestseller lists and many, many more. When not in her cover cave, you can find her teaching dance fitness and burlesque classes all week long, being a mum to three grown children, and minding her spoiled pomeranian, Zuzu.
Facebook: Dar Albert 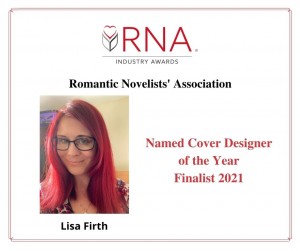 Lisa Firth
Lisa Firth is a freelance graphic designer specialising in book covers. A published author herself, she understands the importance of producing covers that are appealing, commercial and which perfectly encapsulate the story being told. Lisa’s design skills are entirely self-taught. She studied English Literature at university and worked for many years as a copy editor and proofreader before discovering a talent for digital design. She has been a professional designer for over ten years now, operating under her business name, Fully Booked Design (formerly Oliphant Publishing Services). She lives in Bingley with her partner Mark, plus Millie the border collie and Minky the cat: a terrible twosome who do their best to try to stop her getting any work done at all!
Twitter: @speccylass 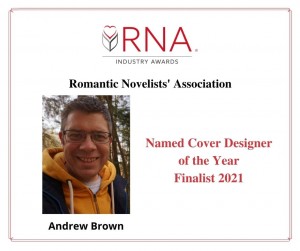 Andrew Brown
Andrew Brown founded Design for Writers in 2010, designing books for authors, publishers and industry professionals across the globe. He is particularly delighted to have been shortlisted for his work in romantic fiction, which he says is a beautiful genre to design for. Andrew lives in the historic county of Durham with his wife, two children, and far too many books to count.
Facebook: Design for Writers
Twitter: @design4writers