This month, we’re shining a spotlight on the 2021 RNA Industry Award nominees. Narrator of the Year recognises the contribution that narrators of audiobooks have made to romantic fiction. 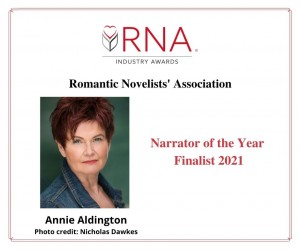 Annie Aldington
Annie was born and bred in Lewisham, South London, and recorded her first audio book back in 1994. Since then she has become the voice of so many wonderful authors. Over the years she has carved a niche for herself as a voice of the old London. A London some of us remember from childhood or from parents and grandparents: The women talking on the doorstep; the key on a string behind the front door; children skidding along the street, balanced on a roller skate with a Beano Annual plonked on top. She says it is always a joy to bring these characters to life. Audio recording is a huge part of Annie’s acting life and is an area she greatly enjoys.
Twitter: @anniealdington 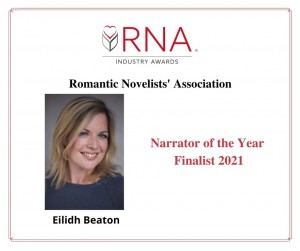 Eilidh Beaton
Since obtaining a degree in drama and then a post-graduate diploma in acting from East 15 Acting School twenty years ago, Eilidh has worked on stage and set up a children’s theatre company. For the last ten years she has focussed on voice acting to make the most of her ‘chameleon vocal range’, and has narrated more than 100 audiobooks across a wide range of genres. She loves to tell stories in all ways – as audiobooks, for ELT providers, video games or for companies, working for Unilever and American Express amongst others.
Twitter: @beaton_eilidh 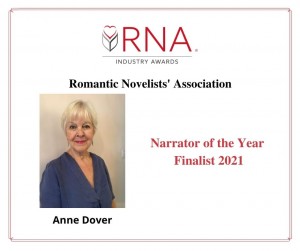 Anne Dover
Anne Dover has a long and enduring association with audiobooks, as the narrator of over 1200 titles to date. She began her professional career as a model, which led to many television appearances, and subsequently voicing hundreds of radio and television commercials. Throughout the 70s and 80s she was the face and voice of the Head and Shoulders television campaign for Saatchi and Saatchi, as well as appearing in Emmerdale, and dramas such as Too Close to The Edge, and Pride Of Our Alley, for Yorkshire Television. While hosting a Saturday evening radio show for Metro Radio, she was selected to present the Jack Jones concert at the City Hall in Newcastle upon Tyne. When the opportunity to record audiobooks came her way, it was evident she had found her niche. A noteable review of her narration of The Eye Of Love by Margery Sharp, which was chosen as The Sunday Times audiobook of the week, states: ‘Dover reads this deliciously entertaining tale with self-effacing brilliance.’ 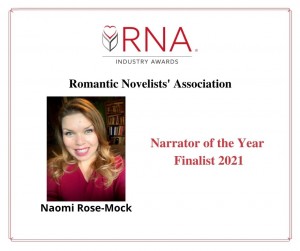 Naomi Rose-Mock
Naomi Rose-Mock was born and raised in the United Kingdom, and now resides in Florida, USA. She began narrating for Audible during the Covid-19 pandemic, and has just completed her 120th book. Before the pandemic, she had worked for the last decade as a theatre director, and acting coach to her studio of talented pupils. She has produced and directed over 150 plays and musicals during her career, and was recognized for her contributions to the arts by the Florida Theatre Conference in 2015.