RNA Industry Awards: Publisher and / or Editor of the Year

This month, we’re shining a spotlight on the 2021 RNA Industry Award nominees. Publisher and/or Editor of the Year recognises an individual editor or a publishing house or imprint who embraces the genre, supports writers to produce their best work, and is innovative, creative, and visionary in the marketing and promotion of romantic fiction on every level. 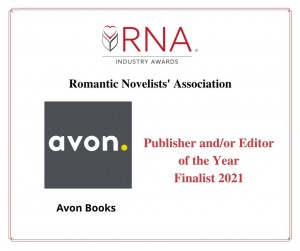 Avon Books
Set up in 2007, Avon is a commercial fiction division of HarperCollins publishing predominantly women’s fiction and crime. Avon’s reputation for building big-brand authors began here, with early acquisitions including Sunday Times bestsellers Scott Mariani and Kitty Neale. In recent years, Avon has become renowned for its digital publishing as well as its prowess in paperback, rising to the top of the market early on and catapulting names such as C.L. Taylor, Sue Moorcroft, Katerina Diamond and Helen Fields to the top of the charts. Avon Books won Imprint of the Year at the British Book Awards 2020, and in 2018 was named Publisher of the Year by the Romantic Novelists’ Association.
Facebook: Avon Romance
Twitter: @avonbooks
Instagram: @avonromance 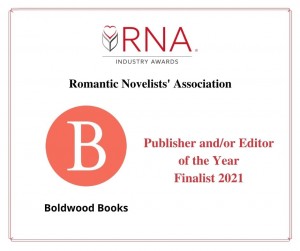 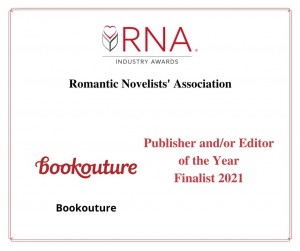 Bookouture
Bookouture is one of the UK’s leading digital publishers of commercial fiction and non-fiction, and has now sold over 50 million books worldwide. Set up in 2012, it was acquired by Hachette, becoming a division of Hachette UK, in 2017.
Facebook: Bookouture
Twitter: @bookouture
Instagram: @bookouture 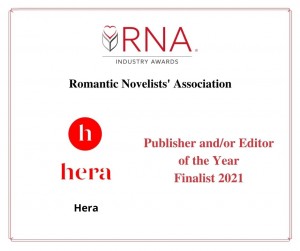 Hera
Hera was launched in 2018 by co-founders Keshini Naidoo and Lindsey Mooney, aiming to publish the very best in commercial fiction across genres from crime to romance. They have now published over seventy titles in ebook, paperback and audio from thirty authors. Hera was recently acquired by their sister company, Canelo, as Lindsey Mooney stepped down from the company in August of this year.
Facebook: Hera Books UK
Twitter: @herabooks
Instagram: @hera_books