We are delighted to have Fenella J. Miller on the blog with us today. Fenella, could you start by telling us a little bit about yourself? 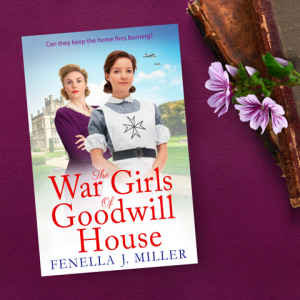 I am a widow and am still getting used to this new phase of my life. My beloved husband died from Covid just over a year ago and, although he’d been in care for almost two years, and we’d been separated quite a lot by the lockdowns he was still very much part of my life. I also lost my British Shorthair cat, Billy Blue at the beginning of September and replaced him with another of the same breed, Loki, who is living up to his name.

I always intended to be a writer and had written several books before I got early retirement from teaching and sold two books in 2005. I now have getting on for a hundred books published. I’m what’s called a hybrid writer as I indie publish five Regency romances each year as well as three World War II sagas.

You recently signed an amazing eight-book deal with Boldwood Books. How many do you have left to write? Are they all from a series? Please do tell us more about your stories.

I was headhunted by Boldwood just over a year ago but at that time I was still in contract with Aria Zeus. My final book, An Officer Girl in Blue, came out in October last year and the paperback has just been released.

My first book for Boldwood, The War Girls of Goodwill House, is being released on the 12th January. I’ve written the second book and that will be published in April – the marketing meeting for this one is arranged for later this month. I’m writing three books a year for them. How would we manage without zoom?

All eight books will be a single series, Goodwill House, but each one is a stand-alone story. Lady Joanna Harcourt, widowed at Dunkirk, features in every book and her story runs alongside another. This one is resolved at the end of the book. Obviously, various characters appear in each book to give continuity. This fictional village is next to Manston RAF base – which was a real place – so RAF pilots feature in the first three books. Joanna takes in boarders from the various services and these girls become the heroines.

Where do you find inspiration for your characters?

I do extensive research – mostly autobiographies if I can find them – as I know these will be authentic. My characters aren’t based on any one particular, but I do use the life stories of several actual people for inspiration. I’ve just completed my research for the third book in this series – thank goodness for mini Post-its – and have the rough outline of the story in my head. I don’t do written plans although I used to when I first started writing. Of course, I jot down all the dates and names of every character as these need to be consistent.

What draws you to writing historical fiction? What is your favourite era?

I studied history at college, grew up reading the classics, so it was inevitable that I wrote historical fiction. I read any era if the books are well written but don’t like what I call “faction” – fictional books about real people. If I want to know about actual historical figures then I’ll read research books. I write World War II, Regency and Victorian – three eras are more than enough if I want to keep the writing authentic and historically accurate stories.

How do you approach research for your books? Do you have any tricks for aspiring authors to help them make sure their research is incorporated seamlessly into their stories?

I’ll use around twenty research books but only a fraction of that information appears in my books. I don’t need to research when writing Regency now as I’ve written around seventy of those and know the period. These books are romances, historically accurate, but escapist reading and I approach those differently to my World War II books.

Google is a wonderful tool and makes life so easy for historical writers. However, I’ll use it just to check a single fact but my background reading is always from actual books.

The advice I would give to any aspiring historical fiction writer is to try and imagine themselves talking to someone, writing a letter or a journal. Would you be discussing world events that didn’t impinge on your own life? I just read the diary of a middle-aged woman living in Romford during the war and she didn’t mention anything war related apart from the things that affected her life.

What is your favourite part of the creative process?

I love the research and probably spend far too long doing it. I spend, literally, hundreds of pounds on books every year and most of them are for research. Obviously, I enjoy the actual writing – it’s what keeps me sane – but editing is very satisfying too.

How has publishing changed since you started your career? Has it changed for the better or worse?

Publishing has definitely changed and for the better in my opinion. The advent of indie publishing is how my career really took off. I know people complain about Amazon but for me they’ve been amazing.

I now have parallel careers – one writing for myself and another writing for a traditional publisher. I love doing both and certainly the success of my World War II books with Aria Zeus has catapulted my own indie published World War II sagas into the public eye.

I don’t have an agent – I did years ago – but for many established writers they are redundant. For a new writer getting an agent would probably be useful.

The big five publishers no longer control the market in the way they did twenty years ago which is a good thing.

What’s the best writing advice you ever received?

When I started writing full-time after I retired from teaching, I thought I would write contemporary women’s fiction. Katie Fforde told me to write what I read – which was historical fiction – and that was the best bit of advice I’ve been given.

Thank you for inviting me to the RNA blog. I’ve been a member since 2004 and intend to remain one. I’ve made the most wonderful friends through this organisation and learnt so much when I was first starting out from the established writers. It still seems odd to me that I’m now one myself.

Thank you so much for talking to us today, Fenella. 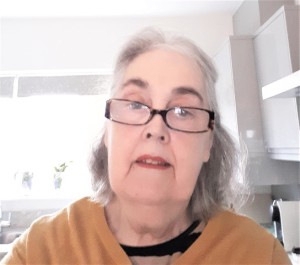 Fenella J. Miller is the bestselling writer of eighteen historical sagas. She also has a
passion for Regency romantic adventures and has published over fifty to great
acclaim. Her father was a Yorkshireman and her mother the daughter of a Rajah.
She lives in a small village in Essex with her British Shorthair cat.

Where to keep up with Fenella:

Fenella was talking to Ruby Moone