Sasha Greene and Nancy Peach are not afraid of tackling difficult topics in romance novels; their books reference death and bereavement, attempted suicide and sexual assault. We chatted to them about why this is important to them and how they’ve gone about it.

What prompted you to choose a potentially challenging topic such as grief or trauma as a basis for your romance novel?

SG: When I started writing about mental health back in 2013 almost no-one was talking about it openly, which seems incredible now, but it just shows how far we’ve come in the last 10 years. It also meant that positive stories about everyday characters struggling with mental health issues but doing their best to get on with their lives were very hard to find. I wanted to present these difficult topics in an uplifting and accessible way that might promote some insight these topics while at the same time being an enjoyable read. And it seems to have worked; I’ve had people write to me to say just that. 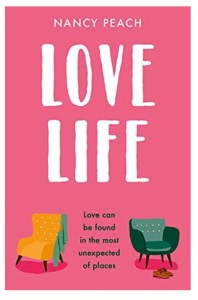 NP:  During the course of my work as a doctor a particular interest of mine has always been the care of the terminally ill. I have worked closely with hospices and palliative care teams and have always felt it an enormous privilege to be with patients and their families when they are considering their options and deciding what is important to them. However, the fact remains that many people still feel squeamish about having these conversations. As a society we have forgotten that death is a normal part of life, and some of this collective forgetting relates to the fact that ordinary dying has fallen off the radar of popular culture. If we are to open up the conversation about end of life care we need to bring the topic into mainstream entertainment and what could be more mainstream than a rom-com?!

How do you pitch the more serious aspects of your novel? What’s the hook and have you faced any issues when marketing your book, both to the publishing industry and your readership?

SG: I think publishers of romance have never been shy about including difficult topics such as grief or economic hardship, as these are just a part of life and you can take your readers through a lot of heartbreak because they have the promise of a happy ending. I think there is a limit though to the amount of trauma publishers want to take on in a romance novel; while Something Like Happy was taken up by a trad publisher I pitched Trust to a lot of people and eventually self-published because I was getting a lot of feedback along the lines of “this is great, but we don’t think we can market it to our readers”, or “could you rewrite this as women’s fiction?”. Also my books seem to do a lot better in paperback than eBook, which is contrary to the usual trend in romance, but doesn’t surprise me; I’ve had a lot of people say to me they’re buying it for someone else and I know it’s because they want to pass it on to that person for a reason.

NP:  The hospice setting for Love Life has proved controversial, but it also remains a central hook of the novel and makes it unique. What I needed was an agent and a publisher who could see the potential in such a setting – industry professionals who were prepared to take a risk – and luckily I found them. That’s not to say that it hasn’t been a challenge in terms of marketing; we have pondered the strategy long and hard; whether to include the words hospice and palliative care in the blurb; whether we should include trigger warnings; how to promote the lighter aspects of the book without being misleading. The aim is to provide the reader with a more substantial novel than they were expecting, whilst not causing distress with the subject matter or putting them off picking it up in the first place. It’s a tricky balance but many of the reviews for Love Life have mentioned how much readers have enjoyed the inclusion of these more challenging themes.

How do you go about researching such sensitive topics?

SG: I started out reading articles, books, academic papers and tweets by mental health advocates, as these were the easiest things to get my hands on. Then after I went through a period of poor mental health myself in 2015-16 I started talking about that with people I met and found that hearing about my experiences made them open up and talk about theirs, because they felt like they were talking to someone who might actually understand. I try to create my stories with care and sensitivity, as I do feel the need to have positive representation and wouldn’t want to abuse the trust placed in me by those that I’ve talked to.

NP: My situation is slightly different to Sasha’s in that I didn’t have to conduct any specific research into the medical or palliative care aspects of Love Life. I based the story on an entirely familiar set of circumstances that I have encountered many times in my professional life. The wider issue for me is about ensuring I protect patient confidentiality at all times. I never use an identifiable incident or character in my writing; all of the plot lines, dialogue and personality traits are an amalgamation of the various incidents I’ve witnessed, conversations I’ve had, and people I’ve met through the course of my work, but none are unique or specific to a particular person or family.

What is the secret to finding a good balance between darkness and light in this sort of story?

SG: I try to put moments of humour into my books, because if only bad things happened then that would be awful. It’s a common myth that people who are depressed can’t have a laugh, but sometimes that’s the only thing that makes a day worth living through. I put supporting characters in who cheer the main characters on through the darkest times. And in the end the love between two characters is often the thing that shines the brightest, and that’s what a romance novel is ultimately about.

NP:  I completely agree with Sasha. In a love story the plot should always be ultimately uplifting and if you can add a dash of comedy, all the better. My sense of humour is quite dark and I enjoy finding moments of laughter in the bleakest of situations. I think this is a common trait amongst doctors, and as coping mechanisms go it’s pretty effective. I have used this approach when writing about my mum’s early onset Alzheimer’s in my blog mumhasdementia.com and feedback from readers shows that they like being given the permission to laugh at some of the more challenging aspects of their own similar situations. That said, it’s important not to be too flippant and to acknowledge that there are serious issues and themes being dealt with. As with all things, it’s a question of balance, of giving equal billing to the light and the shade, because whilst life isn’t all  hearts, flowers and giggles, it’s never entirely gloomy either. 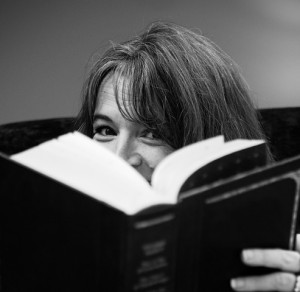 Nancy Peach is a writer of commercial women’s fiction, a mother of three, and an owner of various ridiculous-looking pets including a dog who unexpectedly grew to be the size of a small horse. She is also a practicing doctor working for the NHS and for a national cancer charity, and has been writing for as long as she can remember. Nancy has been longlisted for the Comedy Women in Print Prize 2020, nominated for the Joan Hessayon Award 2021, and shortlisted for the Harper Collins / Gransnet competition 2019. She is a member of the Romantic Novelists Association and is represented by Tanera Simons at Darley-Anderson. Love Life is Nancy’s first novel: a heartwarming, uplifting rom-com with a nod to Jane Austen, described as ‘Pride and Prejudice set in a hospice’. 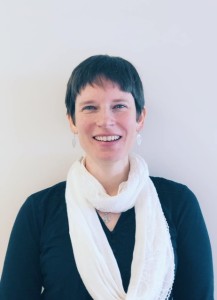 Sasha Greene lives in Glasgow and works as a programmer writing code. She spends her free time crafting romance novels, going walking in the hills and teaching adaptive snowboarding, which involves passing on her love of snow and going fast down a hill to people with physical and mental challenges. Sasha won the Kosta’s Olive Tree Short Story Competition in 2016 and is the author of two contemporary novels: Something Like Happy, a heart-warming story of friendship and found family that also touches on mental health and suicide, and Trust, an uplifting story set in the Scottish Highlands that takes a look at the issues surrounding workplace harassment and PTSD. You can find her website at sashagreene.com.

Where to buy the books:

Sasha and Nancy were talking to Ruby Moone