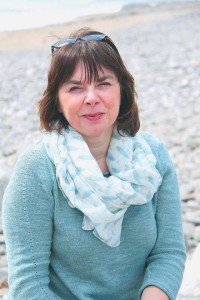 Phillipa is a multiple Sunday Times best-selling author of uplifting romantic fiction. After studying English at Oxford University, she worked as a copywriter and journalist before writing her debut novel, Decent Exposure. It was filmed as the Lifetime TV movie, 12 Men of Christmas, starring Kristin Chenoweth and Josh Hopkins. Her novels have sold almost a million copies and have been translated into many languages. She is also an Audible number one best-seller. Phillipa lives in Staffordshire with her husband, has a grown-up daughter and loves walking the Lakeland hills and swimming in Cornish coves.

She commented, “I’m absolutely delighted that An Endless Cornish Summer has been shortlisted for the RNA’s prestigious Contemporary Romantic Novel Award, alongside so many great authors. This is a very special book for me. Rose’s story was inspired by my doctor daughter who used to work in research at a children’s hospital where young people had undergone transplants. It’s such a thrill that this particular novel has struck a chord with the awards panel as well touching the hearts of readers, many of whom have messaged to say how much they enjoyed it.” 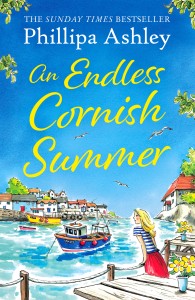 Rose Vernon is headed to a quiet Cornish village – to find the man who saved her life. For Rose, every day is a gift. She narrowly survived a life-threatening illness and owes everything to her anonymous donor. Determined to thank him, Rose follows a trail of clues that lead her to the little Cornish fishing village of Falford. But things become complicated when Rose is drawn into local life, becoming involved in the legendary Falford Regatta and meeting the handsome Morvah brothers – one of whom might just be the man she’s looking for. But which one? Can Rose find the answer she’s searching for, or will she lose her heart before the summer is over? 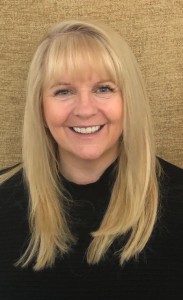 In January 2022, Shari, who lives near Glasgow, celebrated 21 years as a best-selling novelist. In that time, she has published over 30 books, including One Day In Summer,One Summer Sunrise, The Story Of Our Secrets and her non-fiction collection of parenthood memories, Because Mummy Said So. Shari is published by Boldwood Books, and continues to work with editor Caroline Ridding to create novels full of love, laughter and complicated relationships. She lives in a village near Glasgow with her husband of 28 years and an elderly labradoodle. Their daughter and two sons have flown the nest, so when she’s not writing, her imagination is put to good use coming up with creative reasons to call them twice a day.

She commented, “I’m absolutely thrilled and grateful to have been nominated for an RNA Award for the second year in a row. One Summer Sunrise is a book that deals with themes close to my heart, so I’m delighted that it’s had such a wonderful response from readers and the RNA.” 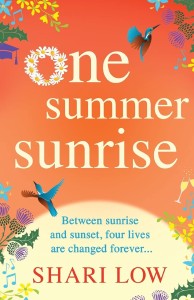 This is the day that Maisie McTeer decides to track down the ex who jilted her at the altar. Today, she’ll find out that revisiting the past can also rewrite her future. After losing her husband, Harriet Bassett can no longer bear her lonely life. Today, a familiar face in a crowd will spark a quest to discover if there’s something and someone worth living for. Scott and Kelly Bassett’s daughter is leaving home. Today, Scott plans to tell Kelly that he’s ending their marriage to pursue his rock and roll dreams. However, Kelly has a bombshell of her own. Today, she plans to tell Scott that a new arrival is on the way to fill their empty nest.

Between sunrise and sunset, there’s love, heartbreak, laughter and tears, but who will find happiness at the end of the day? 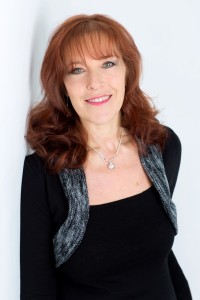 Dani is an award-winning novelist. Her 2013 debut Fractured has been translated into 18 languages and has sold more than half a million copies since first publication. Dani is the author of several other bestselling novels, one of which, This Love, won the prestigious Romantic Novel of the Year Award in 2018. She lives in a small village in Hertfordshire with her husband, a Siamese cat and a very soppy Border Collie.

She commented, “I feel incredibly honoured that A Sky Full of Stars has been shortlisted for this prestigious award. Every book is special, but this one really touched my heart and to know that readers have felt the same way is very humbling. It was a privilege to write a book that honours those who give so much, without asking for anything in return.”

Just weeks after completing this book, I had a health emergency. Life felt very much as though it was imitating art to find myself blue-lighted to hospital and ending up in a cardiac unit. Thanks to the magnificent care I received I was soon back home again. And even though this incident might never find its way into any of my books, it will stay with me for a very long time. Thank you, NHS. 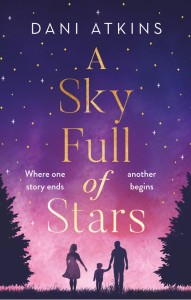 Alex, Lisa and their young son Connor made a happy little universe. But when Lisa dies suddenly, their universe is destroyed. Alex is shattered by loss, and overwhelmed by the difficulties of being a single father to a six-year-old boy.

Then Alex meets four strangers. Two men and two women, who never met Lisa, but whose lives changed profoundly because she died. As Alex hears their stories, he begins to realise the world may not be as cruel and senseless as it seems. Perhaps, after all, the future is written in the stars …

Tammy Robinson – Back to You 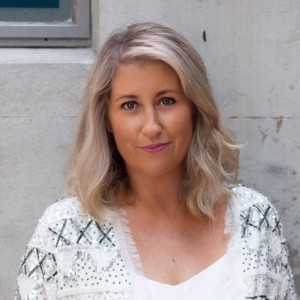 Tammy is a novelist from New Zealand. After the tragic deaths of her mother and a close friend, she sat down to write a book and hasn’t stopped since. She now has nine novels to her name and is working on her tenth. Her novel Photos of You has been optioned for film by LA Production company MRC. She lives with her husband and three young children on a small farm in rural Waikato.

She commented, “I am absolutely thrilled and honoured that Back to You has been shortlisted for the Contemporary Romantic Novel Award for 2022. I cried happy tears when I got the email! It’s recognition that this book set here in New Zealand is touching readers all over the world, and I’m so happy about that.” 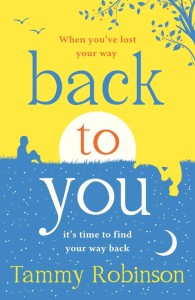 BACK TO YOU BOOK BLURB (Publisher: Piatkus)

What happens when a couple are torn apart just at the moment when they fall in love? When Finn and Zoe meet, they fall in love hard and fast. But Finn is about to go travelling, fulfilling a promise to his late sister to raise money in support of her illness. It’s terrible timing, but Zoe knows their feelings are strong enough to stand the test of time. While Finn is away, however, Zoe suffers a life-changing injury. And it leaves her wondering whether Finn could possibly still love her when he comes home . . .

So she cuts all ties and disappears from Finn’s life, without telling him why. And now Finn has to decide how hard he’s willing to fight for the girl whose heart he’s carried with him, while Zoe has to decide if she’s got the strength to find her way back to the girl she once was.

Keith Stuart – The Frequency of Us 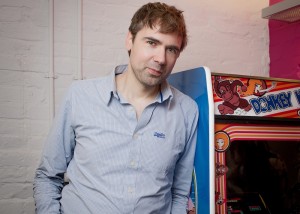 Keith is an author and Guardian journalist who has been covering video games and digital culture for over 20 years. In 2015 he wrote his first novel, A Boy Made of Blocks, which was selected for the Richard and Judy Book Club. It has sold over 200,000 copies and has been translated into 24 languages. His third novel, The Frequency of Us, was selected for BBC2’s Between the Covers series and BBC4 Book at Bedtime. He lives in Frome with his wife and two sons, and Betty the dog.

He commented, “I am absolutely thrilled to be nominated! I set out to write a very different sort of romance story and it’s so wonderful that it has been recognised in this way. It shows, I think, the breadth of themes and experiences that you can explore in a romantic novel – it’s just such a delightful surprise.” 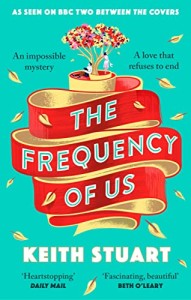 In Second World War Bath, young wireless engineer Will meets sophisticated Austrian refugee Elsa Klein, and at last his life seems to make sense . . . until, soon after, the couple’s home is bombed, and Will awakes from the wreckage to find himself alone. No one has heard of Elsa Klein. They say he was never married. 70 years later a young carer is sent to look after a lonely old man, a man with an incredible story, and she soon realises there is more to Will and Elsa than anyone could ever realise.