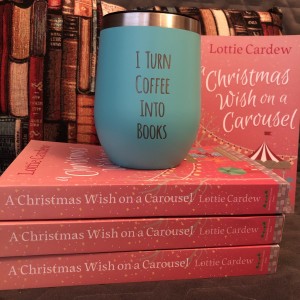 Most of us will have favourite romance tropes, whether we’re aware of it or not. They have their place in fiction because they’re comforting and familiar to readers. It’s how we execute them as writers that renders them exciting and fresh, and can also save a trope from feeling dated or cringey.

When it comes to disability representation, though, we have to be careful not to let a trope become a problematic stereotype. And extra caution is needed when a book hits the bestseller lists, because the representation in that story risks becoming ingrained. This goes for all stories featuring underrepresented characters, of course, but the one I want to touch upon here is neurodivergent rep in particular.

Neurodiversity is the idea that there are many approaches for interacting with and perceiving the world, and although society is largely set up to suit the majority, known as neurotypicals, there’s no right or wrong way to ‘be’. Neurodivergent people tend to be outnumbered wherever they go, although many more are missing a diagnosis while struggling to navigate a society they can’t necessarily relate to. Autism, ADHD, dyspraxia, dyslexia, are some of the conditions that fall under the umbrella of neurodivergency.

I’m currently reading Act Your Age, Eve Brown by Talia Hibbert and one of the things I love about it, aside from the fact it’s adorably funny and romantic, is how both main characters are autistic yet vastly different personality-wise. Neither character is simply a composite of the traits and quirks we’re more familiar with in fiction or on TV. And if you’d like another great example, before my daughter even knew she was autistic, the character of Harriet Manners in Holly Smale’s Geek Girl series resonated with her in a way others didn’t. Ironically, Holly didn’t realise she was autistic when she created Harriet, either.

Recognising ourselves in stories can be vital to our wellbeing, and if we never see anyone out there like us, at the very worst it’s isolating. I only stumbled upon my own autism by chance, even though it had always been there, staring me (invisibly) in the face. Not something I ‘live with’, or another layer to my personality, but ‘me’, how I think and feel and interpret the world around me. And my daughter’s diagnosis followed mine, even though it’s usually the other way around. It seems to me, we sorely need more neurodivergent women and girls – and anyone who presents in a less-than-standardised way – in stories with mass readership, so that those who’ve been missed or overlooked might feel less alone. And we need to see them doing ordinary things – such as falling in love, for a start. On top of that, our emotions are often Big with a capital B and can be hard to regulate. Our empathy can be so acute, we often can’t bear it. We need to see all that on a page, unashamedly loud, busting countless myths.

In publishing, however, we can get trapped in a vicious circle. Some editors and agents have a tendency to latch on to the same portrayals that sold well in the past, and this can narrow their focus. This subsequently filters down to readers, who begin to accept it as the norm. Everyone starts to anticipate it and, gradually, it becomes internalised ableism. When they’re all confronted with a disability in fiction that differs in presentation from anything they were expecting, their initial reaction might well be to mistrust it, or say it isn’t valid. I’ve heard too many OwnVoices writers dismissed with the excuse that their stories are OwnVoices ‘in the wrong way’. There are many reasons a submission might meet with rejection, but invalidating someone’s lived experience should never be one of them.

It’s also a sad fact that if these books do get published, they’re picked apart more critically. Frankly, it’s a lot easier, and less risky, for a writer to give up or not bother in the first place. An OwnVoices writer has probably experienced enough negativity in their life caused by the very thing that makes them OwnVoices. They’re battered and bruised enough, and putting themselves out there to attract criticism as well as praise isn’t always within their capabilities.

Even so, we desperately need more varied neurodivergent and disabled rep, and we’re going to have to be fearless about it. We don’t want the narrow, prescribed view; the cardboard cut-outs or rehash of the same characters. Our tropes and protagonists deserve rawness and honesty. When a neurodivergent reader sees positive representation on the page, when they’re told they’re worthy of love because of every tiny facet of who they are and not in spite of their ‘label’ or ‘labels’, then we give them hope and strength to cope with the daily onslaught of being a square peg in a round hole.

I’m open about being autistic because I’ve masked my true self for too long and I’m old enough to be utterly burnt out by it. Every writer should be free to be passionate about their stories and their content in their own way. Going forward as Lottie I’m hoping to write romcoms featuring the full range of neurodiversity. Children’s lit is making great strides; it’s time for the rest of us to catch up. If we write contemporary romantic fiction, our cast of characters should reflect modern society. I’ve failed at this in the past, but I want to do better.

We need to see more casual disabled rep, in general, and characters with health conditions who don’t just exist to inspire other characters (and the reader), or whose only purpose is to provide a valuable lesson for the MC. They need to have agency and an arc of their own. People going about their lives who just happen to be disabled or chronically ill, and belong in these stories as something other than a plot device. We ought to be particularly aware of this if we’re not writing from an OwnVoices’ perspective and, even if we are, we need to do our best not to fall into well-worn traps – e.g. autism is not a personality type.

In my next book, One Last Dream for December, due out this autumn, my main character is officially diagnosed but she’s not a genius or a savant. Maths and science are not her strengths. She’s struggled with romance and friendships, amassing too many negative experiences, and important people in her past have refused to meet her halfway; a common theme. Her reserve isn’t a character flaw – it’s protection, a shell, something she’s chosen. But then she finds herself looking after a vintage toy shop just before Christmas, and before long she’s caught up in the lives of a single dad and his neurodivergent daughter.

Women and girls commonly tend to internalise more than men and boys, and autistic traits can seem more socially acceptable when we’re very young, such as shyness and a need to comply. Yet we’re often singled out and bullied by our peers; ill-equipped to understand the dynamics of friendship, the numerous nuances. Even as adults we often have to work hard at relationships, and it can be brutal and exhausting, especially if we’re undiagnosed but still led to believe there’s something inherently wrong with us.

Yet, while neurodivergent characters can have these commonalities, they should also be realistically unique. There’s a saying – and you may have heard it because it’s become more mainstream in recent years – if you’ve met one autistic person, you’ve met one autistic person. Please don’t let it be the case that if you’ve read and loved one autistic portrayal it’s the only version of autism you’re ever going to embrace. In real life, a swath of autistic women are known as the ‘lost girls’ due to lack of proper diagnosis and acceptance. Please, please don’t let us be lost from fiction, too. 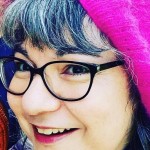 Lottie Cardew is better known within the RNA as Valerie-Anne Baglietto. She graduated from the NWS many moons ago and scooped the New Writer’s Award (as it was known back then) for her debut romcom. She then got tangled up in a web of dirty nappies and what everyone assumed was postnatal depression, and managed a few more books when her brain allowed. In 2018 she was diagnosed autistic and a great many things finally made sense, especially when ADHD was also flagged up. These days, Lottie can be found bossing around the other members of Novelistas Ink whenever she feels the urge, and living in a full house in North Wales with her husband, not-very-small-children and a ball of fluff masquerading as a Pomeranian. Unsurprisingly, she often takes refuge at her desk.