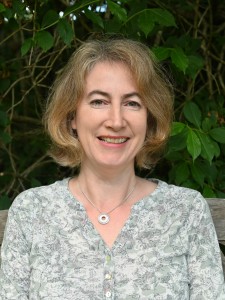 Today, we are delighted to welcome Carol MacLean, Carol, what was the inspiration behind your book? Can you tell us a little about it?

I started to write this book in 2020 during lockdown when I was recovering from an operation and couldn’t walk very far and, because of Covid, couldn’t go very far anyway! I was feeling a bit sorry for myself and then began to think of other people in far worse situations and how they drew on their inner reserves of toughness and resolve to get them through.

That took me on to thinking about how people managed during the second world war and I decided to write about an ordinary family and their experiences, starting from the very moment that war was declared.

I tend to write evenings and weekends due to the day job and I write at my kitchen table where there is plenty of natural light and I can see the trees and bird feeders outside the window.

I set my story in Glasgow because it’s my home city, very familiar, and a place that I love. I went to areas I knew had been bombed and saw gaps in the tenements where buildings were destroyed by bombs. Seeing those gaps still here today felt quite emotional and made it more real for me.

I also went to find the site of the army barracks mentioned in my book and discovered a plaque commemorating the barracks where so many soldiers were stationed and that the site is now a housing estate next to a Tesco Extra!

I started out by writing short stories for women’s magazines and then discovered the pocket novels market. After a couple of rejections I had my first pocket novel accepted and went on to write 18 of them, these were also published by Ulverscroft in their Linford Romance large print series. For a long while I wanted to write a full length novel but wasn’t sure which genre appealed to me most. Once I realised that I was essentially already writing short ‘sagas’ I began to focus in on the historical family saga genre. After a couple of false starts, Jeannie’s War was written and I sent it out hoping for some feedback and was amazed to get three offers of publication! I chose Hera Books because of their enthusiasm for my book and I’m excited to say that Jeannie’s War will be launched this Thursday.

Keep reading and keep writing and never give up. If you want it enough, it will happen but don’t expect it to happen quickly. It does for some lucky people but for most of us it takes time. I learn something new from writing each book.

Jeannie’s War is the first in the Kiltie Street series and I’m currently writing the second in the series.

Carol MacLean lives in the Glasgow area. She began by writing pocket novels, having 18 published before deciding to write an historical saga. She enjoys weaving social history into fiction and imagining how life must have been for ordinary people living through different times.

When she’s not writing, Carol can be found visiting museums or walking around the city looking for traces of old Glasgow to inspire her next novel.

Carol is a member of the Romantic Novelists’ Association. 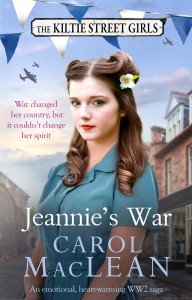 Glasgow 1939: Jeannie Dougal accepts a marriage proposal from handsome soldier, Arthur Dunn. Though she is unsure if a girl from the tenements will suit Arthur’s middle-class background. But as WW2 takes its toll, her wedding must wait…

Her job at the munitions factory widens her social circle, and while her new friends bond together in war work and stories of romance, Jeannie is grateful to be settled with Arthur.

Until she meets charming Canadian soldier, Bill, and realises she has found a spark she was always missing. But how can Jeannie tell Arthur? And is she strong enough to fight her own battle, with the country already at war…? 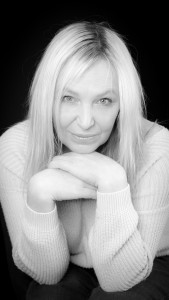 Catherine Lawless lives in Hertfordshire with her daughter and their three border terriers. She writes novels, journals, songs and children’s books.

Catherine’s career started out as a singer/songwriter in a rock band. She toured extensively throughout Europe and the UK before settling down and following her childhood dream of writing books.