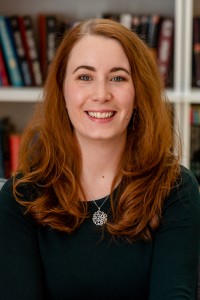 Freya lives in Australia, where she is yet to be killed by any form of wildlife. She writes stories full of magic, blood, and as much kissing as she can get away with. She co-hosted the Hugo Award-nominated podcast Be the Serpent, and in 2020 she was awarded the Australian National SF (Ditmar) Award for Best New Talent. Her hobbies include figure skating and discovering new art galleries, and she is on a quest to try all the gin in the world.

She commented, “I wrote A Marvellous Light always hoping that it would find readers not only in the SFF world but also in the romance genre. These past few years have taught me all over again the value of books you can trust with your emotions, books which will transport you and wrap you securely in joy, and Romance has always been where those books live — whether magic is involved or not. It’s an absolute honour to be recognised by the Romantic Novelists’ Association in this way.” 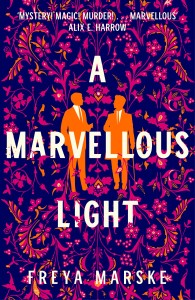 Young baronet Robin Blyth was already in a spot of bother. He’s struggling to be a decent older brother and a responsible employer, and to rescue the estate ravaged by his late parents’ excesses. Then an administrative mistake appoints him parliamentary liaison to a secret society – and he discovers magic lies beneath the reality he’s always known.

Soon Robin must contend with magic’s dangers as well as its beauty – for as he tries to find his missing predecessor, he attracts a deadly curse. To navigate these hazards, he’ll need the help of Edwin Courcey, his prickly magical society counterpart. But his aloof associate clearly wishes Robin were anyone and anywhere else.

Drawn together by unexpected perils, Robin and Edwin will discover a mystery as old as the power that binds the land, a plot that threatens every magician in the British Isles – and a secret that some have already died to keep.