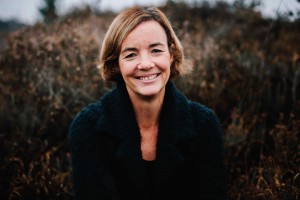 TUESDAY 8TH MARCH 2022 Windsor novelist, Kathryn Freeman, is the joint winner of the Jane Wenham-Jones Award for Romantic Comedy with her novel, Mr Right Across the Street, for the Romantic Novelists’ Association’s annual Romantic Novel Awards for 2022. The awards celebrate excellence in romantic fiction in all its forms.

For as long as she can remember, Kathryn has always wanted to write a book. It may have had something to do with her obsession with reading romance. Real life interfered and she headed off in a different direction, becoming a pharmacist before joining the pharmaceutical industry. She did end up writing, but it was about disease and medicines. Decades later, she’s finally doing what she always wanted to do. With a husband who asks every Valentine’s Day whether he has to buy a card (yes, he does), all the romance in her life is in her head. Then again, his unstinting support of her career change proves love isn’t always about hearts and flowers – and heroes come in many disguises.

She commented, “He only went and did it! I can’t believe Mr Right Across the Street picked up the RNA Romantic Comedy Award. I’m honoured, thrilled, humbled, proud – and gobsmacked.” 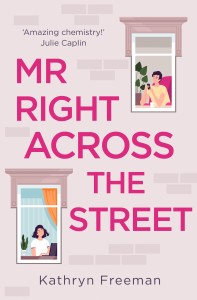 Mia Abbott’s move to Manchester was supposed to give her time and space from all the disastrous romantic choices she’s made in her past. But then the hot guy who lives opposite – the one who works out every day at exactly 10 a.m., not that Mia has noticed thank-you-very-much – starts leaving notes in his window … for her.