Liz Fenwick -The River Between Us 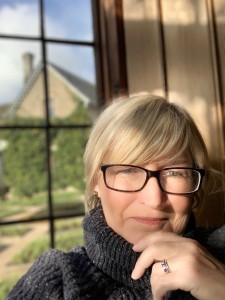 TUESDAY 8TH MARCH 2022 Cornwall-based novelist, Liz Fenwick, has won the Popular Romantic Fiction Award with her novel, The River Between Us, for the Romantic Novelists’ Association’s annual Romantic Novel Awards for 2022. The awards celebrate excellence in romantic fiction in all its forms.

Novelist, wife, mother of three, slave to two cats and dreamer-turned-doer, Liz is an award-winning author of eight novels that have been published in fourteen languages, and has been dubbed ‘The Queen of the contemporary Cornish novel,’ by the Guardian. She was born in Massachusetts but is now based in Cornwall, where she spends her days writing, looking at the view from her study and plot walking – if not found procrastinating on Twitter.

She commented, “I am overwhelmed and thrilled to win the RNA’s Popular Romantic Fiction award. The fact that the nominations come from librarians, bloggers, reviewers and booksellers who are the heroes of the industry just makes it more wonderful. I joined the RNA’s New Writers’ Scheme in 2005 and found my tribe. With the support of published and unpublished writers I served my ‘apprenticeship’ learning the ropes of the publishing industry, finding my first agent, Carole Blake, and finding my voice as a writer. In 2012 I graduated from the New Writers’ Scheme when my debut The Cornish House was published. The River Between Us is my eighth novel. Over the years I have attended the awards, cheered friends on and dreamed that one day one of my stories would win. Dreams come true … with persistence, hard work, luck and the best tribe at your side, the RNA.” 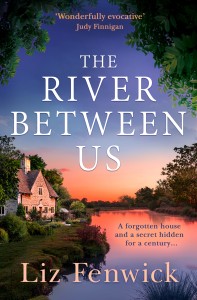 THE RIVER BETWEEN US BOOK BLURB (Publisher: HQ Harper Collins)

A forgotten house and a secret hidden for a century. Newly divorced, Theo buys Boatman’s Cottage and as she begins to bring the cottage and the gardens back to life, Theo pieces together a story of star-crossed lovers played out against the river, while finding her own path to happiness.