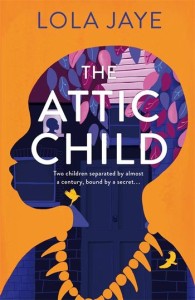 We are delighted that you could join us to talk about your new release. Could you tell us a little more about it?
My new novel is about two children trapped in the same attic, almost a century apart. In 1907 there’s twelve-year-old Celestine who spends most of his time locked in an attic room of a large house by the sea. Taken from his homeland and treated as an unpaid servant. Decades later, Lowra, a young orphan girl born into wealth and privilege, will find herself also banished to the same attic. The Attic Child deals heavily with family secrets, loss, identity and the power of love.

What was the inspiration behind your book? What prompted you to tell this story?
This is the first novel I have written that is loosely based on a real life person. His name is Ndugu M’hali. This journey started when I attended an exhibition at the National Portrait Gallery in London, called, ‘The Black Chronicles Photographic Portraits 1862-1948’. It’s there I saw a photograph of a little boy whose gaze I couldn’t tear myself away from.  It was in that very moment, I announced to myself that I would one day write about him.

What is your writing day like?
The best way to write is in my PJ’s and early in the morning, when the world is still. Unfortunately by the time I drag myself out of bed, it doesn’t always work out ! I like to get a couple of hours in before lunch, with quick breaks every thirty – sixty minutes. A break can consist of walking up and down to  my legs or watching an entire ‘something on Netflix’. I carry on after lunch and how long I go on for depends on whether I have a psychotherapy session that evening or a deadline is looming!

Without giving too much away, what was the hardest part of the book to write?
Writing this story felt easy, because from the moment I ‘met’ the little boy in the gallery, his story never left me. It was truly  meant to be. However when writing about history and a real person, the research needs to be checked and double checked. This was the real difference between The Attic Child and other historical fiction novels I have written.

Where did your research for the book take you?
It took me to a place that is hardly ever spoken about. A time in history which saw the murder of 10-15 million Congolese people. It took me to photographs of children with missing limbs, staring into a camera. It reminded me of  what humans are capable of. There were times when I would have to stop research for the day and step away from the laptop. The backdrop was 2020- the world on lock down and in the midst of a Black Lives Matter awakening.  In ways I could never have imagined, life was imitating the ‘art’ I was attempting to construct.

What advice would you give to aspiring authors?
Never give up. I know it’s a cliché but it’s true. Also, not everyone is going to like what you write, so (especially during the early drafts, before acquiring an agent or publisher) don’t keep changing a manuscript to please a multitude of different people and opinions.  As long as it pleases you… this is the best start on what is going to be a long road of editing, rewording and general angst, as you head to publication. 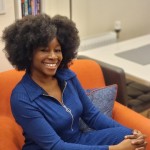 Lola Jaye is an author, registered psychotherapist and speaker who has penned six novels and a self-help book. She was born and raised in London, England and has lived in Nigeria and the United States. She has written for CNN,  Essence, HuffPost and the BBC.  The Attic Child is her first epic historical novel.

Lola was speaking with: 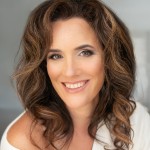