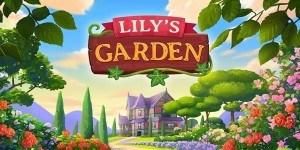 Today I am so excited to interview Helen Gaskell, who is a romance writer with a twist. Helen doesn’t write books; she writes romance story lines for a popular video game called Lily’s Garden. It’s great to see other avenues of creativity for romance writers.

What is Lily’s Garden?

Lily’s Garden is a mobile phone game where players match coloured tiles to win stars. They can then use those stars to read the story. As they go along, they are able to progress the plot of Lily Roberts, a 30-something woman who inherits her great aunt’s house and gardens.

At any single time, 1.8 million people from all over the world (mostly middle-aged American women) are playing Lily’s Garden. Some people pay upwards of five figure sums to buy boosters and read more quickly, but it’s free to play and I completed the entire game without spending a penny.

What was your job on Lily’s Garden?

I was the writer. I came up with plots (like helping Lily’s friend Whitney find romance with her best friend Regina whilst simultaneously reconnecting with her aunt and uncle and clearing up after a forest fire in California) and characters, worked with artists to illustrate those characters, then wrote the dialogue.

Why do you think fans of romance novels would enjoy playing Lily’s Garden?

That’s a hard one, because it’s difficult to accurately describe the game without showing it to you. But I can tell you why I enjoy it (and some other similar games)!

I find the “match three” element with the tiles quite calming, and I play it with more than half an eye on the TV every evening. Then, when I’ve saved up enough stars, I spend bedtime watching/reading the latest episode and choosing which flowers I think should adorn my perfectly-crafted garden. Because I worked for the stars there’s a real feeling of achievement behind every flower bed.

Now, knowing that every single petal is hand-crafted by a team of incredibly talented artists, I enjoy it even more.

Complicated! On Lily’s Garden, I started by thinking of something dramatic that I think will look visually appealing. My favourite scene was of complete devastation – the aftermath of a forest fire. I knew that I could craft a wonderful story around that, but also that turning something so barren into a beautiful paradise would be incredibly pleasing to see.

I then choose some main characters from the game who I think haven’t been developed enough. I think about what I’d like to know more about, and how I feel they would react to the environment around them. I get to add one extra character for every 3-4 episodes, and write extremely detailed back-stories for each character until I feel I know them inside and out.

Once I come up with the characters, the dialogue just flows very naturally. I create a document that’s kind of like a script, and after I’m happy with it I actually insert it directly into the software where the cinematic artists and director etc actually code the game. That took a bit of training, but not too much.

Where do you go for inspiration?

Friends, family, sitcoms and the many, many documentaries I watch. With the forest fire plot, I watched dozens and dozens of wildfire documentaries on YouTube and various streaming services.  One of the characters I created came from East Berlin before the wall fell, so I ended up watching about 30 hours of documentaries about that too.

The new characters I created came from American comedy shows combined with members of my own family (shh!). I suspect my inspiration is very similar to writers of more traditional romances, except that I’m lucky enough to have a team of artists to draw out each of my characters in pen and ink.

What are some of your favourite story lines that you’ve written? 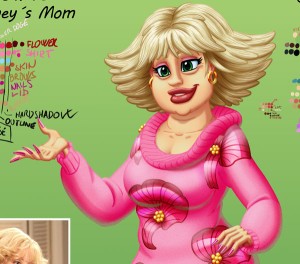 I know I keep coming back to the forest fire, but it’s my absolute favourite simply because I truly loved my new characters, Joe and Jolene. Their house and business burned down in one of California’s frequent forest fires, and they had a fight over whether to stay or to move and start over – Jolene stayed, while Joe stormed off. Their niece turns up and helps reconcile them, whilst enjoying her very own love story with her best friend Regina.

It was the first time anyone has written a same-sex love story into one of these games, and it was a privilege to be the one to do it. Everyone at the company felt they were taking the most ginormous risk, but I tend to spend a lot of time reading feedback from readers and I was able to convince the CEO Asbjoern that it would be okay.

And it was! We received a huge amount of fanmail, which was immensely gratifying. It was fantastic to have great feedback from the LGBT community, who felt under-represented until that point. We also got fan mail from people who have endured forest fires, which was so touching. On both counts, it was amazing to have overwhelmingly positive feedback on two things I wrote about but which I haven’t experienced personally.

If somebody were interested in getting into this type of work, where would you point them as a starting place?

Well, narrative designers (which was my job title for Lily’s Garden) come from all over the place – there’s no single starting point which we can all point to. Some people start by making their own choose-your-own-adventure games on online tools like Twine. Others are novelists, or script-writers.

Personally, I got my job through writing a fan letter. The only way I found to get it to the developers personally was by attaching it to my CV and sending it off through the careers website!

I had of course written romance novels before, but I’ve never bothered to try and find an agent or publisher – I’ve always had a very well-paid full-time job to rely on. Before Lily’s Garden, I wrote simply out of a strong impulse to do so. Finding out that my writing was so immensely commercially viable was very gratifying and has made me feel that I should really consider sharing my personal work with publishers… when I get a moment!

What are you reading now?

I’m finding it hard to find something I can stick with at the moment, to be honest – so hard that I’m spending my usual reading time writing something I’d like to read. I’ve never had so many half-read romances on my pile at the same time! Please send me your recommendations on Twitter – I’d really appreciate the RNA’s help finding something with a happy ending. 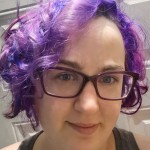 Helen Gaskell works for the BBC as a senior content designer, turning government and corporate jargon into common sense English. Over the course of her career she has been a journalist, radio producer, and games writer. She lives in Manchester with her husband, daughter, cat and cockapoo. In her spare time she attends children’s birthday parties, writes romances, and makes her own clothes.

Helen has been speaking with: 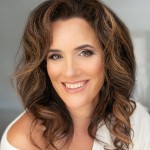