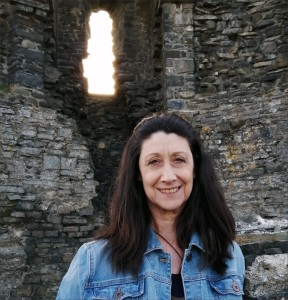 Dolgellau author, Lissa Morgan, is a contender for the Romantic Novelists’ Association’s (RNA) annual Joan Hessayon Award for 2022 with her novel, The Welsh Lord’s Convenient Bride. The award is for authors whose debut novels have gone through the RNA’s New Writers’ Scheme and are subsequently accepted for publication.

Lissa hails from Wales but has travelled widely over the years doing various jobs and indulging her love of history in her leisure time. She once combined the two and worked as a costume tour guide at Hampton Court Palace, where she donned her sumptuous Tudor gowns in Catherine of Aragon’s chambers! Now working in web design, Lissa lives in rugged north west Wales surrounded by medieval castles that provide the perfect inspiration for her books.

She commented, ‘To be a contender for the Joan Hessayon Award is such an honour, especially coming after fifteen years of writing but never quite making it to publication. This book is very close to my heart and to have it recognised in such a wonderful way makes all those years of sticking at it and having faith in my story and in my characters even more rewarding.’

After several unsuccessful attempts at contemporary romance set in far flung locations, my
acquiring editor, Linda Fildew, asked me if I’d ever thought of writing historical romantic fiction.
I’d studied History at Aberystwyth University, and history has always been a passion, so I don’t
know why I didn’t go down that route sooner! Because it all suddenly fell into place when I set
this novel in the Middle Ages my favourite historical period and in my own neck of the woods, mid and north Wales. I guess there’s a right time and a right place for everything! 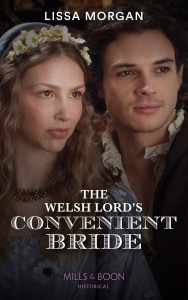 ABOUT THE BOOK:
(Publisher: Mills & Boon Historical)
Wales, 1294. Hiding a disfigurement, Eleanor is already lacking confidence when she arrives at her future husband’s cheerless Welsh castle. As revolt against the Crown breaks out, Eleanor’s heart rebels, too. Is she a fool to hope for love from Rhun ab Owain, a man with scars of his own?