Kate Ryder – Into a Cornish Wind 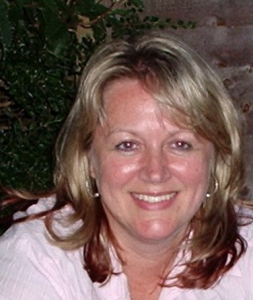 Thank you for inviting me to talk about my latest book, which is being released by my new publisher, Embla Books (digital imprint of Bonnier Books UK) in eBook, audiobook and POD.

INTO A CORNISH WIND is a contemporary romance with a twist of otherworldliness, perfect for fans of Susanna Kearsley, Kate Morton and Christina Courtenay.

Following years of failed romances, 38-year-old illustrator, Katherine Maddox, vows to give up men when she discovers the truth about her latest partner. Kat knows she needs a change of scene from her London life and when she’s offered a work assignment in the delightful sailing town of Fowey, she accepts it in the hope it will soothe her broken heart and assist in her healing. But as she tries to put her disastrous love life behind her once and for all, attractive and charming yachtsman, James ‘Mac’ MacNamara crosses her path several times and cynically she rejects him, baulking at all he represents.

Since childhood Kat has had a ‘gift’, which elevates her illustrations to a uniquely perceptive level. Whenever her pens and paintbrushes touch canvas, she’s able to see the history of her subject, as if by magic.

But has fate intervened, drawing her to the town for a reason and are there lessons to be learned? Will her ‘gift’ help open her heart to love once again? And can the wonderful south Cornish coast work its magic before it’s too late

When I first draft a WIP I don’t always have the characters’ names in place. I find that as I watch TV and the credits roll, my mind carefully considers the names on the screen to see if they fit comfortably within the fledgling story. With INTO A CORNISH WIND, the heroine’s name, Katherine Maddox, aka Kat, came to me fairly quickly, but the hero, James ‘Mac’ MacNamara, went through a series of reinventions until I found the name that perfectly suited him!

All but one of my books are set in Cornwall. I’m lucky to live here and I’m within easy driving distance of locations that ‘speak’ to me. I move around the county for the setting of my novels and the two-book romantic suspense centres on the Lizard Peninsula, whereas international bestselling Beneath Cornish Skies takes the reader to the north coast, around Morwenstow. I thought it only fair that I gave the south coast an opportunity to star, and I chose Fowey as the setting for my latest book.

Stories have a habit of evolving and Mac insisted on being a yachtsman – it would have been so much easier if he were a horse trainer, as I know about that – but he didn’t want to play ball. So, I studied numerous YouTube videos and discovered the joys of sailing (if not the art), and along the way I met some wonderful people who guided me in all things nautical.

I wrote this book during several periods of lockdown and was confined to online research. However, what a joy it was to escape covid Britain with the assistance of google and explore the beautiful south Cornish coastline and its quiet coves, discover rivers with many hidden creeks, visit wonderful manor houses steeped in history and wander around ruined monuments in my head! But, as soon as I was able, I experienced all this for myself.

Before taking up writing full-time, I worked for a country property specialist as a negotiator, and I had contact with owners of many houses that could have featured in this book, but I had to be selective. However, there was no indecision regarding one particular manor house. This was a property I knew well, as my sister and her family had lived in it several decades before and I’d enjoyed many holidays there. Tragically, in 2019 the property made headline news when it caught fire and centuries of history went up in flames. To this day, the house is still covered in scaffolding and tarpaulin. There was no doubt in my mind that it was an important house to include in the story, and by doing so, I hope I’ve gone some way in acknowledging its former existence.

Circuitous is the word that best describes my journey to publication!

When I was a child, I would often be found with my nose buried in a book or with pen in hand, scribbling into a notebook. At school, the only subjects that really caught my attention were English Literature and Art, and I was lucky to have a wonderful English teacher who encouraged me to write.

In my early twenties, I worked in editorial for a London-based publishing company during a period when many celebrities published ‘kiss and tell’ stories. Jackie Collins was one of the authors we published and her novel, The Stud, was being made into a film at the time. As a member of the editorial team, I enjoyed many press occasions surrounding that book/film. I was also involved with several authors’ UK book tours, and one that sticks out in my mind was when I spent several days touring the country with film star, Diana Dors… what a memorable occasion that was!

And then life took over and I worked in travel and property, with a couple of returns to publishing, which I was happy to do. However, as I approached a certain milestone birthday (I’m not saying which one!) I realised that if I wanted to have a novel published, I had better do it then or give up on the idea entirely. So, I joined a local writers’ group and the RNA’s New Writers’ Scheme, and then I was fortunate to be offered a four-book publishing contract with Aria Fiction. Today, I’m thrilled to say that I’ve come full circle and have finally arrived back at where I should have been at the start…

As a child, I was pony-mad (still am, at heart!) and I loved all Monica Edwards’ books. As soon any Romney Marsh or Punchbowl Farm novels were published, I would rush out and buy them or borrow a copy from the library. The author didn’t live too far from my family home, and I recall writing to her, via her publishers, to tell her how much I enjoyed her books and how I wished I lived at Punchbowl Farm. I even included a short story I’d written, and she very sweetly replied, telling me to continue writing.

Alison Uttley’s A Traveller in Time had a huge impact on me. I couldn’t believe that someone had written a book that required readers to suspend belief, and which brought history to life. This was a revelation to someone who found history lessons staid and dry. In fact, this book, together with James Long’s Ferney (although this was published much later and not during my childhood) were the guiding lights when I wrote Secrets of the Mist.

I loved R D Blackmore’s Lorna Doone and can still visualise it in vivid technicolour. Today, I’m honoured to have a very good friend (a children’s author) who is a descendent of the author.

And then of course there was Thomas Hardy’s novels, but particularly Tess of the D’Urbervilles and Far from the Madding Crowd, but that’s straying into my teenage years…

Without doubt, Frenchman’s Creek. However, I was distraught when I first read its ending, and I still can’t come to terms with it now. I would have to change it!

Daphne du Maurier was a master storyteller, and whether it’s romance, as with Frenchman’s Creek, or her darker, more bleak stories, such as Jamaica Inn, Rebecca and My Cousin Rachel, her writing never fails to transport one to fascinating places and presenting interesting scenarios for the main characters to contend with. I also loved House on the Strand and was fortunate to catch a performance based on the book, which was staged at the actual house that was the inspiration for the novel.

I’m currently working on a timeslip novel set in South East Cornwall, which takes the heroine on a journey back to the fifteenth century. As always, the research is fascinating but I’m mindful of a looming deadline and – note to self – I must not get carried away and follow too many threads, however tempting! This book is due to be published during the summer of 2023. 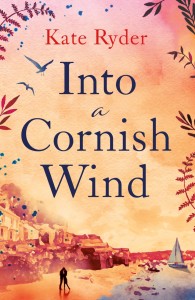 Kate Ryder is an international bestselling kindle author of romantic suspense and timeslip/paranormal. Represented by the Madeleine Milburn Literary Agency and published by Embla Books and Aria Fiction, she is also a member of the RNA.

BENEATH CORNISH SKIES – contemporary romance with a shimmer of ghostliness – achieved #1 eBook in the Amazon Australia Kindle Store, peaked at #83 in the Amazon UK Kindle Store and was shortlisted for the RNA Romantic Novel Awards 2022.

SECRETS OF THE MIST – mysterious timeslip romance set in Dorset – not only reached #49 in Amazon UK Kindle Store but also #1 bestseller in various categories in the UK, Canada and Australia.

Her contemporary romantic suspense, SUMMER IN A CORNISH COVE, was nominated for the RNA’s 2018 Joan Hessayon award. Readers begged for a sequel and Kate duly obliged with (standalone) COTTAGE ON A CORNISH CLIFF, which peaked at #2 in Kindle Literary Sagas.

INTO A CORNISH WIND – contemporary romance with a twist of otherworldliness – is published on 28 September 2022.

Originally from the South East of England, today Kate lives on the ‘jam-first’ Cornish side of the beautiful Tamar Valley with her husband and a rehomed Bengal-cross cat. When not writing she gravitates towards the coast, theatre, music and art, although the latter always makes her yearn to pick up a paintbrush. But – as there are only so many hours in a day – instead, she paints pictures with words!

Keep in touch with Kate: