Susie Riddell – Finalist in the Narrator of the Year category 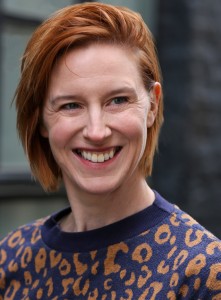 London audiobook narrator, Susie Riddell, is a finalist in the Narrator of the Year category for the Romantic Novelists’ Association’s (RNA) annual Industry Awards for 2022. The awards celebrate the hard work and talent of any person, group or organisation who has championed the broad genre of romantic fiction in a positive way.

Susie is an actress and voice artist. She is an experienced audiobook narrator with over 50 titles to her name. Susie plays Tracy Horrobin in BBC Radio 4’s The Archers, and has twice been a member of the BBC Radio Drama Company. Her theatre credits include productions at The Old Vic, Birmingham Rep and Bristol Old Vic, and television includes Doctors, Emmerdale, and Gavin & Stacey. She co-produces and presents the podcast, Limited Time Only.When she’s not behind a microphone, Susie enjoys playing netball, singing with the City of London Choir, and swimming in the sea.

She commented, ‘The romantic fiction I have been lucky enough to narrate has been truthful, heart-wrenching and beautifully witty. I get immersed in the wonderful stories I narrate, becoming multiple characters, sharing their journeys, laughing and crying with them. It’s an emotional experience narrating an audiobook, and I always feel the pressure of doing justice to the authors’ work. So to be shortlisted for this award is a real honour. I’m delighted! Plus I spend a lot of time shut up in tiny recording booths so it’s really lovely to get out for a party!’