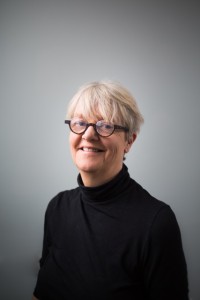 The Alliance of Independent Authors (ALLi) has been shortlisted in the Indie Champion of the Year category for the Romantic Novelists’ Association’s annual Industry Awards for 2022. The awards celebrate the hard work and talent of any person, group or organisation who has championed the broad genre of romantic fiction in a positive way, with the Indie Champion award recognising a person, group, organisation, association or company who has made an outstanding contribution to indie romance publishing.

The Alliance of Independent Authors (ALLi) is a professional business membership organisation for self-publishing authors. As a non-profit, they provide trusted advice, supportive guidance, and a range of resources within a welcoming community of authors and advisors. Founded in 2012 and headquartered in London, the organisation now has thousands of members worldwide. Its director and founder, Orna Ross, is a bestselling and award-winning independent novelist and poet. Her books have sold hundreds of thousands of copies in more than 120 countries and won many awards. Her work for ALLi has seen her named one of the “100 most influential people in publishing” (The Bookseller).

Orna Ross, Director of the Alliance of Independent Authors, commented, ‘All of us at the Alliance of Independent Authors (ALLi) are honoured to receive this shortlisting for the RNA Indie Champion Award. We were thrilled to win the inaugural award in 2021 and are proud to be acknowledged again for our work on behalf of indie authors. The Romantic Novelists’ Association is itself a pioneering organisation in its support for self-publishing authors and ALLi is delighted to work closely with the RNA to advocate for writers and ensure they are aware of all their publishing options.’

– ALLi is an international organisation with thousands of members all over the globe. Its membership make-up can be seen here
– ALLi’s Self-Publishing Advice Center recently topped the Writer’s Digest Top 10 publishing websites for authors.

– In her spare time, Orna enjoys yoga, chi walking, and wild swimming (or as they called it in Wexford when she was growing up: swimming!). She is forever grateful to Millennials and Gen Zs for making vegan food a fixture on today’s menus.