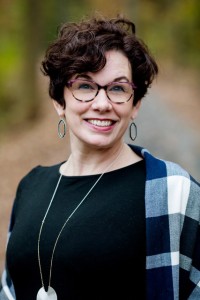 Emily Shelton Poole lives in the mountains of North Carolina with her husband, four children, and Lotte, the golden doodle who thinks she’s a person. In addition to her work as an editor, Emily plays viola professionally in most of the symphonies within a reasonable driving distance of her home and is working on a graduate degree in professional writing and rhetoric. Clearly, she doesn’t like sleep enough to say no to anything, but when she has free time, she loves to cook and bake and lives for the time of year when her “food life” can start over again in the spring. She is a slow runner of half-marathons, she has inexplicably well-muscled shoulders, and her house is almost always filled with music, to which she dances poorly but with great enthusiasm. Emily edits contemporary and historic romances and is beloved by her clients for impeccable story sense and kind, honest, and useful feedback.

‘It is my great honor to have been nominated for the 2022 RNA Indie Editor Award and an unexpected thrill to have won. Thank you to my clients who include me in the circle of joy that happens when you bring a story to life. Through the time-consuming, solitary, exacting, but incredibly satisfying work of editing, I have been witness to and participated in the transformational process of turning good ideas into great stories. Thank you!’

Sue Moorcroft, Head Judge for the Industry Awards, also congratulated Clare. ‘With such a wonderful set of shortlists it was always certain that the judges of this year’s Industry Awards would return an outstanding list of winners. Choosing between excellent candidates was an exacting task and I enjoyed being a part of the stimulating discussion around each and every nomination. My thanks to my fellow judges for the hard work and detailed research that went into the selection process, and to Laura James and Melanie Griffiths from the RNA for their efficient organisation. They made my job easy. Most of all – congratulations to the winners of these wonderful awards!’