Clare Swatman – How to Save a Life 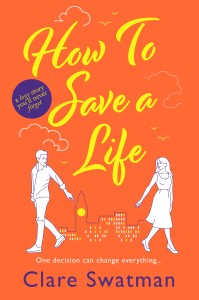 We are delighted that you could join us to talk about your new release. Could you tell us a little more about it? How To Save a Life tells the story of Ted and Marianne. They meet once, briefly, on Waterloo Bridge when Marianne is drunk and wearing fairy wings after a work Christmas party where she caught her boyfriend with someone else, and Ted is planning to jump from the bridge, convinced his life is no longer worth living. She talks him down, and then leaves in a taxi and they never see each other again.

But their meeting changed something in both of them and they can’t stop thinking about each other. Marianne keeps hoping she did enough to save him, and Ted is desperate to find her to thank her for giving him a second chance at living. Over the years we follow their stories, and see how they almost meet so many times – but will they ever actually meet again?

How did you decide on the names for your characters and the setting for your book? For some reason Marianne came to me fully-formed. Ted’s name was a little trickier as I often find the names of my male characters harder to get right – but once I landed on Ted it suited him perfectly. The setting was fairly easy for this one, although that’s definitely not always the case – because of the nature of the nearly-meeting story, it needed to be somewhere big and anonymous enough that it was realistic that they might never see each other again even though they live in the same city – but also somewhere there was a chance that they MIGHT encounter each other too. London is the city I know and love so it made sense to set it there.

How long did the book take to write? How much re-writing do you normally do? This book took me six months to write. Unlike the book I’m currently working on, this one came to me fully-formed, and it was a dream to plot out. That’s not always the case, but when it happens like that it’s great! There’s no normal for the amount of rewrites I do – this one took minimal re-writing, whereas my next one has taken three full rewrites to get right.

What is your writing day like?  During term time when the kids are at school, I get started quite early. I’m either at my desk by 8am or exercising first and then at my desk – but either way I have to get writing done before anything else because I run out of steam later. If I’m writing, I tend to do it in two hour stints with breaks in between, and either at my desk which is in my house, or I take myself off to a coffee shop for a change of scene.  If I’m editing / rewriting, I tend to stay at home at my desk and just crack on for several hours. During the school holidays it’s a bit more of a free-for-all as I have far more days off with the kids and get much more easily distracted!

What kind of research did you do before beginning the book? I researched PTSD, particularly in war veterans, and what help they were – or were not – offered. I also had to find out as much as I could about a surgeon’s progression through the NHS, and how the emergency department of a hospital works. It meant reading articles and talking to people. I’m always keen to get details right – although they do sometimes have to be bent slightly to fit a storyline!

What book do you wish you had written? The Handmaid’s Tale, or anything by Maggie O’Farrell who is, in my opinion, a literary genius! Or, more recently, Impossible by Sarah Lotz which was so cleverly done it must have taken forever to get right!

If you could give your younger writing self any advice, what would it be? Believe in yourself and stop comparing yourself to other writers – everyone is different but it doesn’t mean others are better than you. And just write the blooming novel!

Can you tell us what you are working on now? My next book with Boldwood is about memory, and the power of music in unlocking hidden truths. It’s taken lots of research, three complete rewrites and many hours of editing but I’m hopeful that it’s now in the best shape it can be ready for publication day later this year. And I’m about to start on the book AFTER that which is about agoraphobia and finding the courage to overcome it. 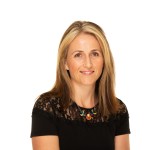 Clare Swatman is an author and journalist. She has had five novels published, with Before We Grow Old, becoming an instant bestseller. How To Save a Life, is a love story with a difference, spanning more than twenty years. She has also spent 20 years writing for women’s magazines in the UK.

Clare lives in Hertfordshire in the UK with her husband and two boys. Even the cat is male, which means she’s destined to be outnumbered forever.