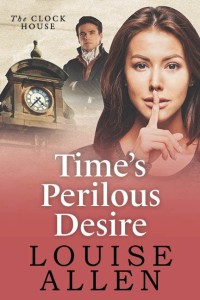 The Clock House Mysteries Book 3
Natasha and Matthew are settling into their romance over time, only to be plunged into danger once again when Matthew’s half-brother’s betrothal triggers assault, murder, and scandalous accusations. They have solved mysteries in the past, but never anything so lethally close to home. 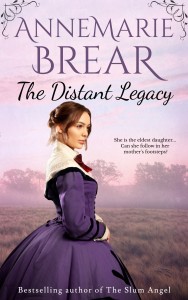 She is the eldest daughter… Can she follow in her mother’s footsteps?

Terri Brisbin: The Lady Takes It All 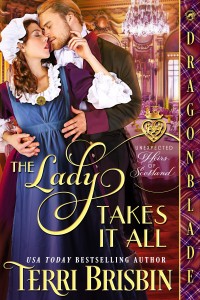 Book 1 Unexpected Heirs of Scotland series
Only inheriting an earldom protected Joshua Robertson from the secrets buried deep in his past. But now Arabella MacGibbon is searching for the truth about her father and her actions threaten to uncover all sorts of secrets—both hers and Joshua’s. They grow closer but when lies are exposed, can love find the truth? 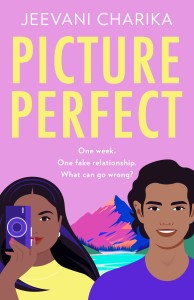 Niro, a photographer who’s lost the joy of taking photos, in desperate need of inspiration.
Vimal is determined to win back his ex-girlfriend when he hears she’s bringing her new boyfriend on a group holiday and impulsively declares that he’s bringing a plus one too. Niro pretends to be Vimal’s new girlfriend for the holiday. Can they fake a picture-perfect relationship – or will real feelings get in the way? 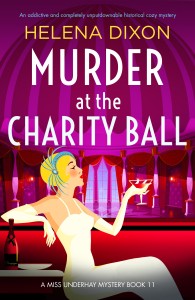 Kitty Underhay is dancing… with death.
Winter 1934. Kitty Underhay is enjoying a night off from wedding planning as she attends a charity ball. But the evening of cocktails and waltzing turns into a dance macabre when their lively, fun-loving hostess is found dead, strangled by her own silk stocking. With a devious killer on the loose, will she end up leaving as a newlywed, or newly dead…? 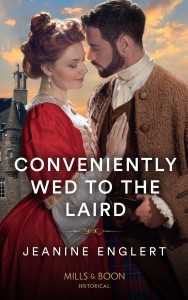 Book 3 of the Falling for a Stewart Series
The laird’s bridal bid… Is love too high a price to pay?
When a new laird, Ewan Stewart, comes across a wife for sale at a market, he outbids everyone to rescue her. He never intended for Catriona to become his bride, but a convenient marriage could secure his clan’s future and her freedom. They agree their arrangement must stay free of love. Can Ewan resist falling for his wife—the one rule he must not break? 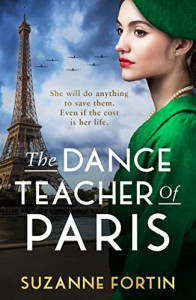 Parisian schoolteacher Adele Basset hides her young Jewish dance pupils from the Germans. As it becomes more dangerous, Adele, together with her friend and museum curator, Manu, hatch an audacious escape plan to get the children to safety. They embark on a treacherous journey, moving their most precious cargo under the noses of the German army. 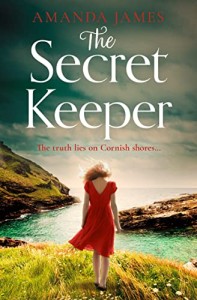 When journalist Rosa Fernley’s ailing gran, Jocelyn, passes on a long-held secret in her dying days, Rosa embarks on a quest to Cornwall to find answers and, resolves to free her grandmother from guilt and pain as she leaves this earth. But Rosa encounters something she could never imagine as the past comes to life. Unravelling the truth of what happened to the man her grandmother once loved leads Rosa on an unexpected journey, one which unlocks her gran’s secrets, revealing who – and what – Rosa truly is…

Lynn Johnson: The Girl from the Workhouse 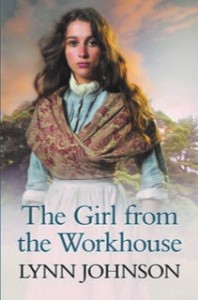 Even in the darkest of times, Ginnie never gives up. Separated from everybody she knows, she quickly learns good things are always followed by bad. An emotional, nostalgic saga set during WW1, it will make you smile while tugging at your heartstrings.

Dawn Knox: The Other Place 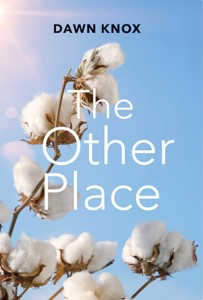 1790 –Keziah Bonner and her younger brother, Henry’s nightmare begins when their elder sister, Eva, is transported for a crime she didn’t commit. Keziah and Henry are sent to a London workhouse and separated until the prospect of work and a home in the countryside are offered and both accept. The promised job, in the cotton mill, is relentless, backbreaking work and Keziah finds a way to escape, until Matthew Gregory, nephew of the mill owner, shows interest in her. His attempts to woo Keziah – however well-intentioned – result in trouble. 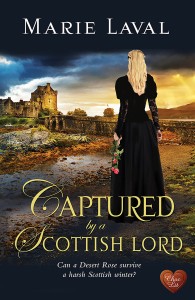 Can a Desert Rose survive a Scottish winter?
The wild Scottish landscape is a far cry from Rose Saintclair’s Saharan oasis, although she’ll endure it for Lord Cameron McRae, the man she married after a whirlwind romance in Algiers. But when stormy weather leads to Rose’s Scotland-bound ship docking on Cape Wrath – the land of Cameron’s enemy, Bruce McGunn – could her new life already be in jeopardy? 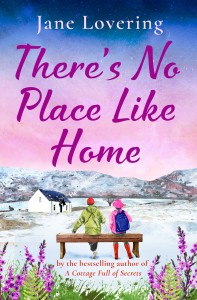 A reality TV show being filmed on the Yorkshire Moors in winter attracts a crowd of misfits who all have their own reasons for wanting to win. Is one of them fake? Or all of them? And can Izzy stick it out long enough to get what she wants? 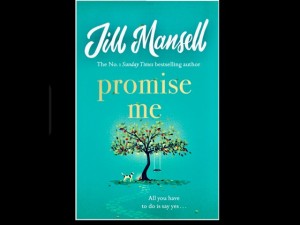 A new life beckons for Lou when her world falls apart, and a grumpy octogenarian called Edgar makes her an offer she can’t turn down. (Not *that* kind of offer, eurgh!!!) Set in the Cotswolds, bit of rom, bit of com, bit of drama. 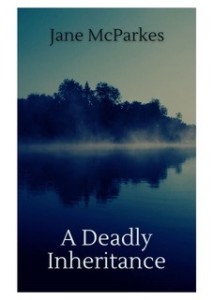 A Deadly Inheritance is the first in a new cosy crime series with a ‘green’ twist, full of green characters, ideas, and positive solutions set against the backdrop of a traditional murder mystery and romantic novel

Lissa Morgan: An Alliance with his Enemy Princess 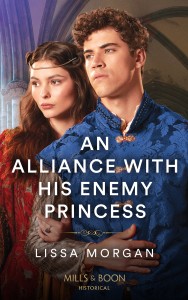 Norman knight Rolant Guyarde has come to conquer a Welsh fortress. But when its mistress takes him, hostage, instead, he discovers she’s the sword-wielding ‘warrior’ he fought en route! Despite their being enemies, Rolant finds himself intrigued by the brave and beautiful Princess Gwennan. When they are forced into an uneasy alliance. 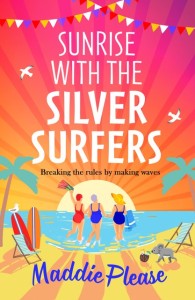 Newly single at sixty, Elin Anderson decides it’s time for an adventure. She plans to visit the family she hasn’t seen in years. First stop: Australia! But going home is harder than Elin thought. Having let herself fade away she’s determined to have some fun. Elin meets The Silver Surfers seeking their next big adventure. Life’s too short to watch the ocean when you could be making waves. There’s only one catch – her road trip companion, Kit Pascoe – Kit is a man who doesn’t know the meaning of the word fun 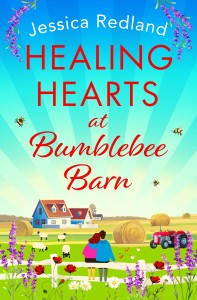 Young farmer Barney loves running Bumblebee Barn – a farm that has been in his family for generations – but is struggling to find someone to share it with. When his sister, Fizz, convinces him to apply to appear on Love on the Farm, a new reality TV show, his whole life is turned upside down, with buried secrets to be uncovered and his heart on the line.

Clair Swatman: A Love To Last a Lifetime 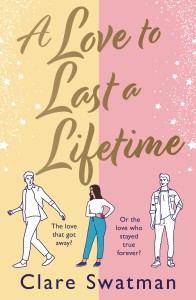 The one she wants…
First love doesn’t always last. Yet, Erin never lets go of the feeling, handsome, funny Adam Bowers may have been her soul mate…
The one she needs…
Greg, solid, trustworthy and hopelessly devoted to Erin, knows he’s better for her than the feckless Adam. It’s easy to promise the world, buT harder to love someone for a lifetime. The one that got away…
Greg and Erin marry. But Adam comes back, in desperate need of Erin’s help and Erin wonders if fate is trying to tell her something… Will Erin risk all for the man she thought was ‘The One’?

Ally Sinclair: A Season for Love 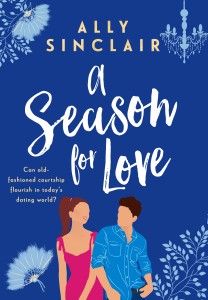 Can old-fashioned courtship survive in today’s dating world?
When Emma Love’s mother retires, it is time for her to take the reins of the family dating agency and build on its success. And she has a fresh new idea: to host a Jane Austen-style Regency Season of glamorous events where potential lovers can actually take the time to get to know each other in person, with no apps in between. Jane Austen meets Sophie Kinsella in this laugh-out-loud, captivating romantic comedy. 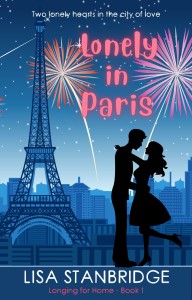 When Jane accepts a job in the French capital, she soon learns you can be lonely anywhere. Jacques is rich, well known and handsome, but he’s controlled by his family. These two fill the emptiness in each other’s hearts, but their different worlds threaten to rip them apart.

Jenny Worstall: And All Will Be Well Part 1 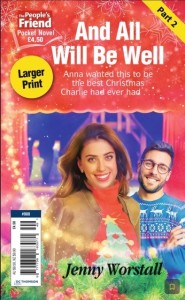 All you need is love, friendship…and the magic of Christmas…
Young army widow Anna falls for Will, but her five-year-old son Charlie’s not happy. Susie next door tries to help, but there’s an accident, a femme fatale, and possibly a ghost to deal with before everyone can enjoy their best Christmas ever.

Jenny Worstall: And All Will Be Well Part 2 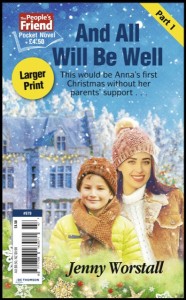 Anna wanted this to be the best Christmas Charlie ever had…