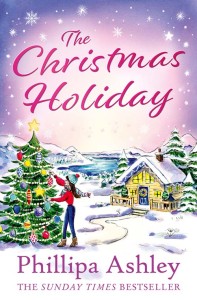 We are joined today by best-selling Sunday Times author, Phillipa Ashley. What was the inspiration behind your book? What prompted you to tell this story? The Christmas Holiday is about Krystle, a professional buyer of decorations, who is known as Mrs Christmas in the trade. Off on holiday to the remote western Lake District with her boyfriend, Brett, she comes up against Max – a man who despises Christmas and has chosen to live in a remote bothy. The three of them don’t hit it off…

I first got the idea of a reclusive hero after reading about a hermit who lived in a cave in the Lake District. I loved the idea of him meeting his exact opposite in Krys, and of his world and values colliding with hers.

How did you decide on the names for your characters and the setting for your book? Max simply slipped into my mind as a name and stuck. I wanted Krystle – known as Krys – to have a sparkly name because she hasn’t had much sparkle in her life after a tough childhood.

Without giving too much away, what was the hardest part of the book to write? The Christmas Holiday is one of those very rare books where the whole plot and back stories simply unfurled like magic! I think that it’s also my most emotional story and probably the hardest part was writing some of Max’s scenes as he’s endured some extremely dark times and is very hard on himself.

What kind of research did you do before beginning the book?  I did some research into Christmas trade fairs which begin in January. Mountain rescue teams feature in the book so I had to update my knowledge of their work. I also travelled to the Lake District in January to absorb the atmosphere of the remote Wasdale area in winter. 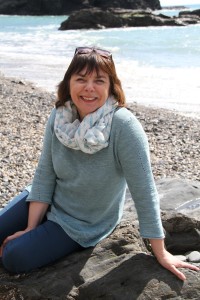 What advice would you give to aspiring authors? Never give up, keep honing your writing skills and read widely, not just in your genre. Oh, and did I say, never give up?

Can you tell us what you are working on now? I’ve just finished the draft of my 2023 summer book, A Secret Cornish Summer which is about … lighthouse and secrets! I got the idea from my cousin who showed me a ‘conspiracy theory’ video about secret sites in Cornwall. I knew instantly that I had to write a romantic novel about it all!