In honour of the RNA’s 60th Anniversary we’re interviewing some of the many volunteers who work hard behind the scenes to keep the organisation, website and blog running smoothly. Today Sue Fisher, who started doing the RNA Industry Professional interviews for the Blog in March 2019, has stopped by to tell us about her latest historical romance, His Philanthropic Lady, which was released on the 1st June. 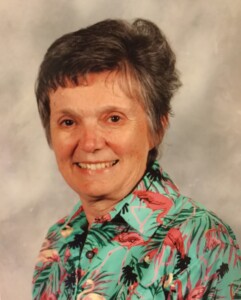 Welcome Sue, what was the inspiration behind your book? Can you tell us a bit about it?

My heroine, Susannah Thistlewood, previously appeared aged 7 as a minor character in one of my earlier Regency romances, when she came under the influence of a somewhat radical governess. I wondered how that might have influenced the adult she became. Now we meet her aged nineteen, full of idealistic fervour to make the world a better place.

She’s independent-minded, very outspoken and has no interest in following her older sister Roberta, nor their friend Primrose, into marriage. What a challenge to transform her into the heroine of a romance! I needed a little help and that came in the form of a little bay mare called Florence who liked eating daffodils. Because of Florence, Sir Edward Derringham is literally thrown in her path, as well as into something less savoury, and the scene is set.

The benefit of taking a minor character from a previous novel is that the names and the back-story are already there. I do keep a list of the names I’ve used for my main protagonists to avoid using them more than once.

As for the setting, I needed my independent-minded heroine to be driving herself about in her own gig doing her philanthropic work so made the setting Mayfair, where on the whole she could do this quite safely. My research confirmed just how much deprivation and poverty there was in Mayfair at this time and that the society church, St George’s Hanover Square, ran a huge purpose-built workhouse as well as a school with places for 500 local children.

Just over four months. It would usually be nearer six, but lock-down has meant I’ve been at home most of the time and had more time for research and writing. Normally, for this type of book, I would spend about 3 months researching, a month or two writing and a month or two editing. Because I’m a fast typist I write in Word, usually a chapter (c 3,000 words) at a time. I then revisit the chapter/s already drafted and do some editing before going on to the next, so by the time I get to the editing phase proper I’ve done quite a bit of groundwork. I use spelling/grammar check regularly, I also do a search on those words I have a habit of using more than I should. My most used source in a very dog-eared Thesaurus.

I’m retired from paid work and I’m quite busy with various leisure activities and some volunteering, but I do usually have two clear days a week in which to write, sometimes more. Lately I’ve had more like six or seven! My husband will testify to the fact that I also have a writing night, when, in fearsome audio mode, I rehearse scenes and plan adventures, waking him up and sometimes myself too!

There’s a legal indictment followed by a courtroom scene which demanded much research into procedure and language of the time, the court setting and the personality of the judge involved (a real character) and the sequence of events to produce the conclusion I wanted. Took considerable writing/rewriting.

My ‘trade mark’, if you like, in my romantic historical fiction is that I like to include the economic, political and social context of the day, so I always consult contemporary sources, which includes several visits to the British Library. Living in the Yorkshire Dales, I am very grateful that most BL stock is available at the very comfortable and helpful BL Reading Room at Boston Spa. I managed two visits before lock-down prevented more and saw most of what I needed to. The BL is gradually digitalising a lot of its older collection and as a member, I was able to access several more useful items from home.  The BL’s British Newspaper Archive, as always, is a brilliant source of contemporary events, use of language and scandal.

Topics I researched included the charities of the time, provision of information on birth control—I was surprised to find the amount of explicit guidance available then—the operation of ecclesiastical courts, northern cotton mills, coach travel by turnpike and social occasions in the haut ton. I discovered that Mr Penn’s Party, a regular Saturday evening event in the season, was a kind of high society dating agency, which was very useful to weave into my story.

I first tried writing a contemporary romance in my thirties, when confined to home with young children, got no-where and instead turned my creative spirit to silk-screen printing on my kitchen table (which is where the late Laura Ashley began, but I didn’t have her success either!). Several decades later I took up writing fiction as a retirement hobby. In ten years I’ve produced quite a lot of light romantic fiction but also one much researched biography which took nearly all of the ten years!

I’m a product of the wonderful New Writers’ Scheme, which led, in 2014, to a Boer War romance being published by the Canadian e-publisher Muse-It-Up, who published a further 4 novels, one of which, ‘Rose Glace’, was short-listed for the 2016 EPIC e-book awards. The very sound editorial process I experienced built my confidence to go it alone and I am now entirely ‘independent’, while continuing to appreciate the support and encouragement of the Northern Flying Ducks RNA Chapter.

Paul Gallico’s ‘Love of Seven Dolls’. A gem of a story, of pain, hurt, personal growth and ultimate redemption.

Believe in yourself, but be ready (with a smile on your face!) to take the critique that will hone your skills and help you find your own voice. 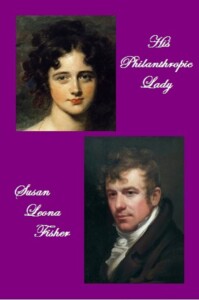 Susan Leona Fisher began writing fiction on her retirement, having been a technical/academic writer in her former working life. Her particular interest is Nineteenth Century British history, which forms the context for most of her historical romances. Having grown up in London suburbia, she worked abroad as a young adult, since when, as a vicar’s wife, she’s experienced living in several different communities from inner city to rural idyll. Now he’s retired we both enjoy life in the North Yorkshire Dales where we can walk the footpaths from our front door (currently as long as we stay 6’ from other walkers!).