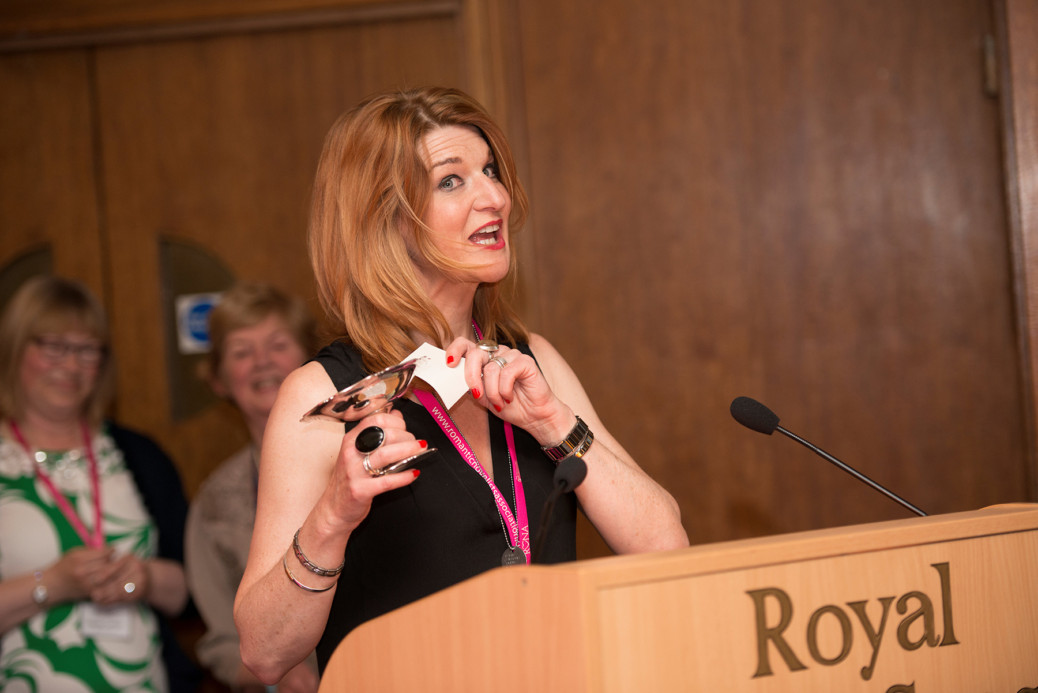 Nottingham-based author Clare Harvey has triumphed with her wartime novel The Gunner Girl, published by Simon & Schuster UK, for which she has been awarded The Romantic Novelists’ Association’s (RNA) prestigious Joan Hessayon Award for new writers. Clare was presented with her award and a cheque for £1,000 at the RNA’s Summer Party, held today at the Royal Overseas League in London.

The judges were unanimous in their decision to crown The Gunner Girl the winner. The book was selected from a list of fourteen contenders, all authors whose debut novels have been accepted for publication after passing through the Romantic Novelists’ Association New Writers Scheme. Each year 250 places are offered to unpublished writers writing in the romance genre.

RNA Chair Eileen Ramsay said “The Gunner Girl by Clare Harvey is a worthy winner; beautifully written, incredibly well-researched and with a ‘can’t put this down’ quality.”

The powerful story of three teenage girl soldiers working on the anti-aircraft guns in wartime London was inspired by Clare’s mother-in-law, who worked as a gunner girl during the Second World War; and was written whilst her husband was away in Afghanistan with the British Army. It’s a wartime drama, written from the heart.

Devon-born Clare has lived all over the world as the trailing spouse of a soldier. She’s now settled in Nottingham with her husband, three children and German shepherd pup. Commenting on achieving publication and being shortlisted for the award, Clare said, “This is the third time I’ve sent a manuscript through the NWS, and it’s third time lucky for me – I’m so thankful for the advice and support offered by the scheme and thrilled to finally have achieved my dream of being a published author.”

The Joan Hessayon Award is generously sponsored by gardening expert Dr. David Hessayon OBE, in honour of his late wife Joan, who was a longstanding member of the RNA and a great supporter of its New Writers’ Scheme.

Manuscripts submitted under the scheme are from unpublished authors and are read by an experienced writer or editor who provides invaluable feedback. Any manuscript that is subsequently published as a debut novel is eligible for the Joan Hessayon Award. All eligible books are judged by a panel of experienced RNA members who are already published authors.