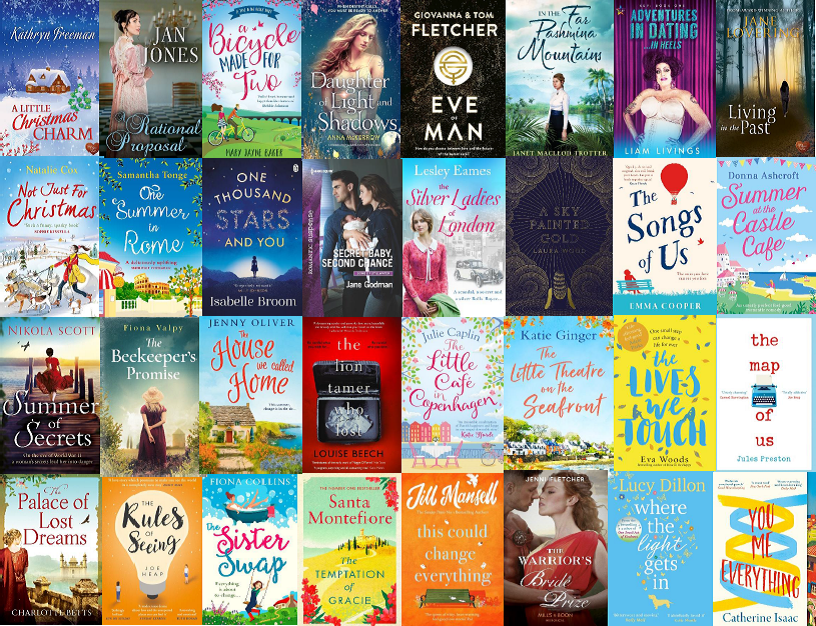 We are delighted the shortlists for the 2019 Romantic Novel Awards.

One Thousand Stars and You, Isabelle Broom, Michael Joseph

You Me Everything, Catherine Isaac, Simon & Schuster

This Could Change Everything, Jill Mansell, Headline Books

One Thousand Stars and You, Isabelle Broom, Michael Joseph

The Songs of Us, Emma Cooper, Headline Review

Where the Light Gets In, Lucy Dillon, Black Swan, Transworld

The Books and the City Romantic Comedy Novel Award

A Bicycle Made for Two, Mary Jayne Baker, Mirror Books

The Little Theatre on the Seafront, Katie Ginger, HQ Digital

Living in the Past, Jane Lovering, Choc Lit

The Map of Us, Jules Preston, HarperImpulse

Bestselling historical novelist Alison Weir will present the Awards for 2019 during a ceremony in the Gladstone Library, One Whitehall Place, London SW1 on 4th March. Tickets for the awards are available here. We will also present our Outstanding Achievement Award to a writer who has made a truly exceptional contribution to the romantic genre.

Since our inception in 1960 the RNA has promoted excellence in romantic fiction and RNA Chair, Nicola Cornick, commented, “Romantic fiction in the 21st century is diverse and exciting and this year’s shortlist brilliantly reflects the breadth of the genre. We are very proud to celebrate these outstanding books and authors, and the contribution they make to such a successful and popular genre.”

The Sapere Books Popular Romantic Fiction Award is a new prize for 2019 and we’re delighted to be able to welcome Sapere Books’ as sponsors for this award. This is in addition to our previously announced sponsors: Goldsboro Books, Katie Fforde and Books & The City.

David Headley, Managing Director of Goldsboro Books, commented, “The range of themes explored in this year’s shortlist is a testament to the many facets of the romantic fiction genre and Goldsboro Books is delighted to be sponsoring the awards for a third year, and bringing these diverse and entertaining books to readers’ attention.”

Books and the City Brand Director Sara-Jade Virtue said: “Championing the varied and diverse work of romantic fiction authors is at the heart and soul of everything we do at Books and the City, so we are delighted to be working closely for the first time with the RNA – an organisation we admire and respect greatly – by sponsoring the Romantic Comedy Award 2019.”

Amy Durant from Sapere Books said, “We are very excited to be sponsoring the RNA’s Popular Romantic Fiction Award. We hope that this new award will encourage more romance writers to submit to the annual RNA Awards and will be able to reward romance writing loved by readers.”

Katie Fforde said, “It’s an honour and a delight to be sponsoring the Debut Romantic Novel Award with such a strong shortlist.”

Tickets to the awards presentation are available here.