Announcing the 2020 line-up for the Joan Hessayon Award! 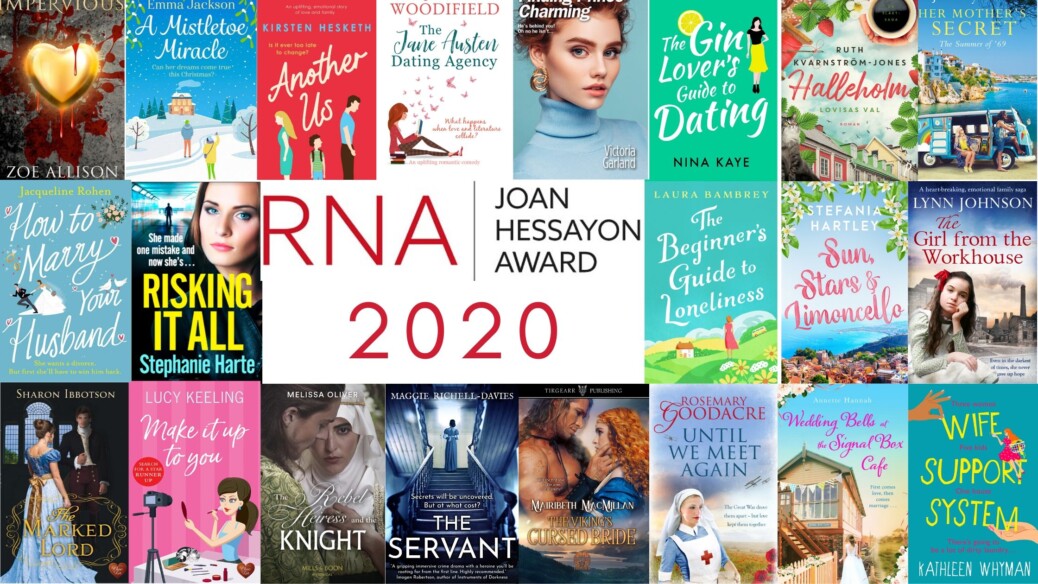 We are delighted to announced the 2020 lineup for the Joan Hessayon Award.

The contenders for this award are all authors whose debut novels have been accepted for publication after passing through the Romantic Novelists’ Association New Writers’ Scheme. Each year 300 places are offered to unpublished writers in the romantic fiction genre. As part of the scheme, they can submit a complete manuscript for critique by one of the Association’s published authors as well as attend RNA events which offer opportunities to meet and network with publishers, agents and other published authors.

This year’s debuts show the wide range of stories encompassed by the romance genre, from the ever-popular romantic comedies, to fairy tale romance, romantic suspense, historical stories and paranormal thrills. From the house just down the street to the sun-soaked beaches of Italy and that different world that is the past, these books deal with themes we all recognise and hold close to our hearts.

Commenting on the contenders for 2020, Alison May, RNA Chair, said, ‘The New Writers’ Scheme is at the heart of the RNA’s commitment to nurturing romantic authorship and the celebration of the Joan Hessayon shortlist is a highlight in the Association’s year. This year has been different for so many reasons, but we’re still delighted for all these debut novelists and excited to announce our Diamond Joan Hessayon Award winner in this, our 60th Anniversary year.’

Imogen Howson, RNA Vice Chair, who previously co-ordinated the New Writers’ Scheme, commented, ‘In the midst of uncertain times, it’s immensely encouraging to see a record number of contenders this year for the Joan Hessayon Award. It speaks so well, not only of the hard work and talent of the authors themselves, but of the continuing health of the publishing industry.’

The Award will be announced on 5th September 2020 in an online presentation.

The Joan Hessayon Award is generously sponsored by gardening expert Dr. David Hessayon OBE, in honour of his late wife, Joan, who was a longstanding member of the RNA and a great supporter of its New Writers’ Scheme.

Stephanie Harte, Risking It All, Aria

Kirsten Hesketh, Another Us, Canelo

Lynn Johnson, The Girl from the Workhouse, Hera

Lucy Keeling, Make it up to you, Choc Lit

Melissa Oliver, The Rebel Heiress and the Knight, Mills and Boon Historical

Jacqueline Rohen, How to Marry Your Husband, Arrow

Manuscripts submitted under the scheme are from unpublished authors and are read by an experienced writer or editor who provides invaluable feedback. Any manuscript that is subsequently published as a debut novel is eligible for the Joan Hessayon Award. All eligible books are judged by a panel of experienced RNA members who are already published authors, and this year the final round judges are Rhoda Baxter, Author and Chair of Authors North, and Thorne Ryan from Hodder and Stoughton.