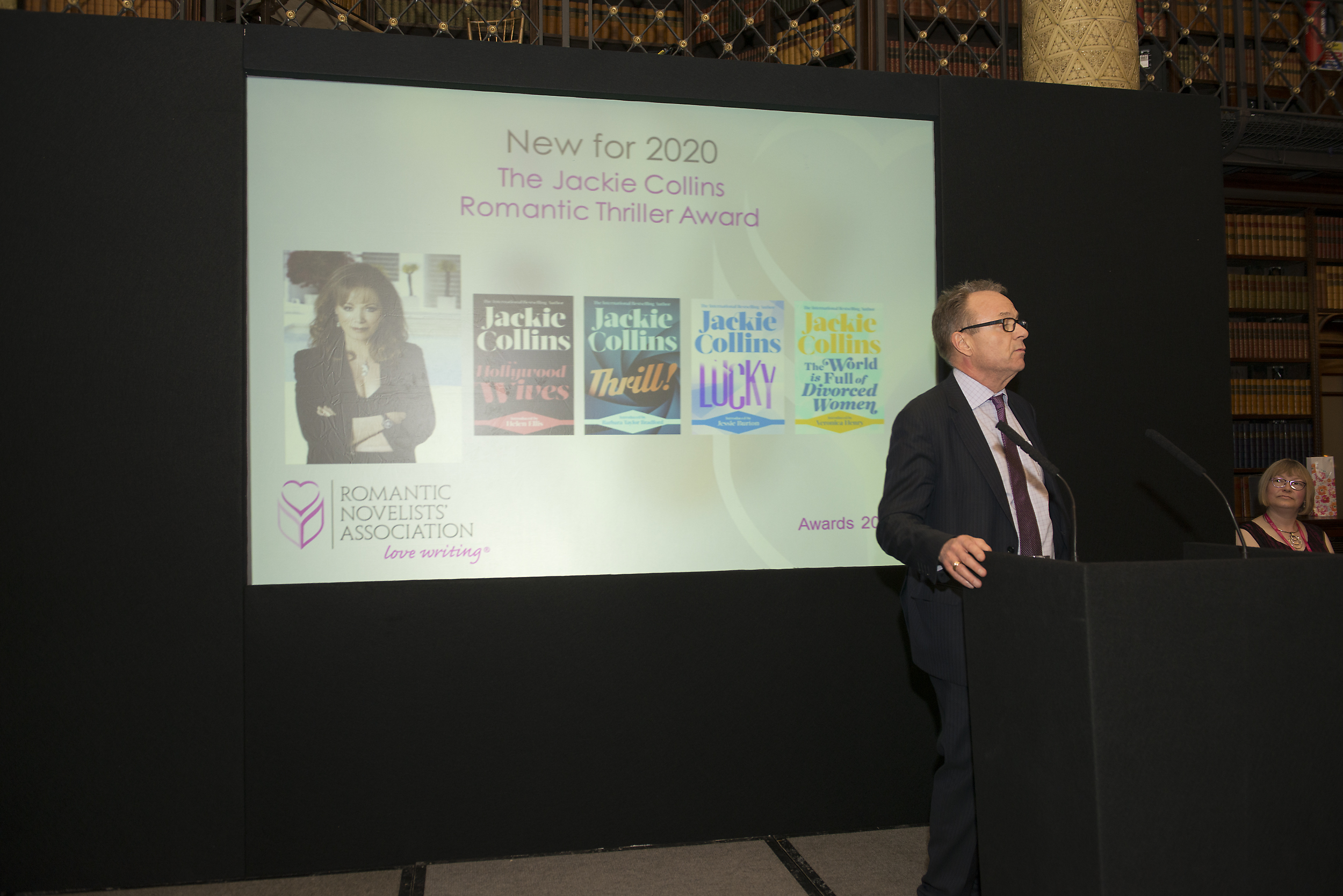 The categories for this year’s Romantic Novel Awards are:

We’re delighted to be adding the Jackie Collins Romantic Thriller Award, sponsored by Simon & Schuster to celebrate romantic novels which combine romance with a thriller, crime, suspense or mystery story.

We’re also delighted to be presenting our inaugural Romantic Saga Award. Sagas are a mainstay of commercial fiction publishing and their popularity grows from year to year. RNA Chair, Nicola Cornick, commented, ‘Sagas are some of the most popular books in modern literature, telling complicated, compelling stories through an unforgettable cast of characters and events that span love, life and generations.’

In addition to these eight reader-judged awards, we will also be presenting an Outstanding Achievement Award to an individual who has made an exceptional contribution to the genre and the Sapere Books Popular Romantic Novel Award to a novel which made commercial impact during 2019. This award is voted for by booksellers, librarians and book reviewers.

The awards will open for entries from publishers and authors on 20th May 2019.

Thanks go to Goldsboro Books, Katie Fforde, Sapere Books, Libertá Books and Simon & Schuster for their ongoing support for the awards. Further sponsors will be announced in due course.