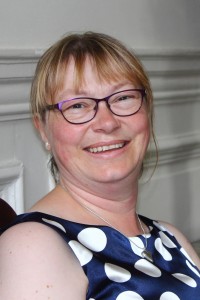 RNA Chair, Nicola Cornick, said, “I’m delighted to be sponsoring the RNA’s Fantasy Romantic Novel award and celebrating the exciting and diverse books that make up this category. As a writer and avid reader of fantasy romance it’s a privilege to support an award I feel passionate about.”

Sophie Weston, of Libertà Books, expressed a strong connection with the Shorter Romantic Novel Award saying that it was, “Sponsored by Libertà Books with love and appreciation of the fabulous practitioners of the genre – especially those who have done so much for the RNA and are now missing, including Penny Jordan, Sara Craven, Roger Sanderson, Anne Weale, Elizabeth Harrison, Lucilla Andrews and Rosamund Pilcher, in her Jane Fraser incarnation.”

Libertá is a light-hearted website where readers and authors share their experience, discoveries, favourites and occasional oddities. Run by four multi-published authors, it has evolved to cover advice on writing and, in the real world, well-received workshops for both experienced and aspiring writers.

The full shortlists for all the Romantic Novel Award categories can be seen here, and tickets for the awards presentation can be purchased here.